Ground Report: Infant Deaths at Kota's J.K. Lon Hospital Were a Matter of When, Not If

Facilities lay in a state of disrepair and both hospital administrators and politicians were pointing fingers at each other. 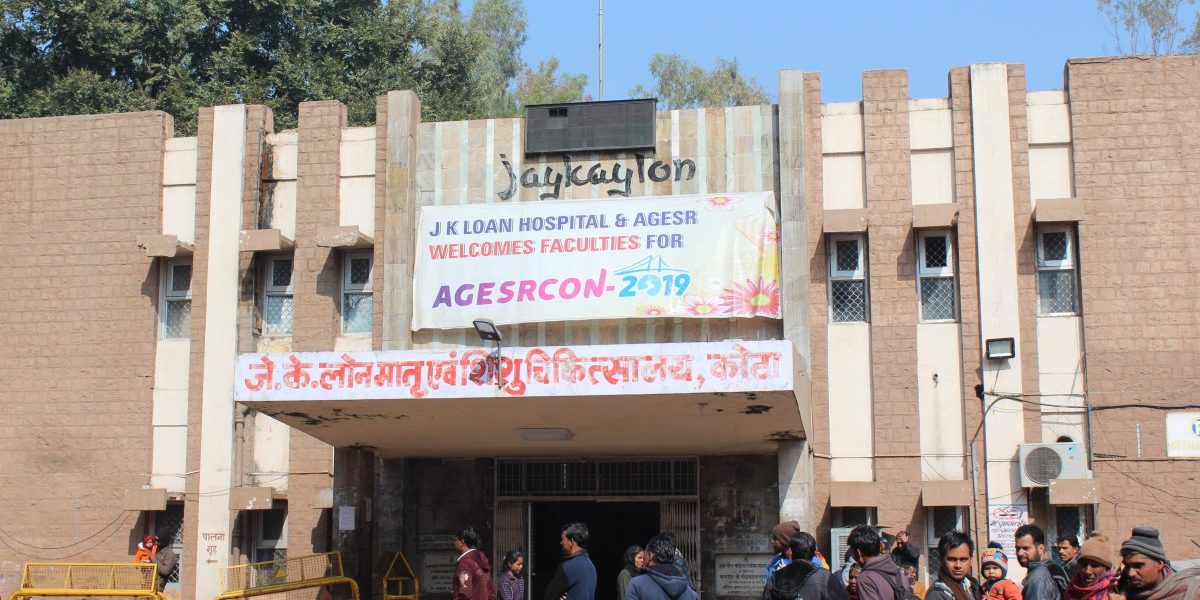 Kota (Rajasthan): After ten infants died in Kota’s J.K. Lon government hospital on December 23 and 24, the toll has only been increasing. Over 963 babies died at the hospital in 2019, and hundred of them died in December alone.

The hospital record suggests the cause of deaths is natural, but the hospital’s management having been in tatters over the last few years doesn’t inspire confidence in the verdict.

“Relations between Bairwa and Meena were not cordial. They would abuse each other in front of the hospital staff in the meetings,” a senior hospital official told The Wire on condition of anonymity. “Later, they began avoiding the hospital when the other person was present. And with the lack of discipline among the top authorities, even the staff and the doctors turned casual.”

Hospital maintenance, especially that of equipment installed in its critical care units,  also went for a toss.

“The equipment are checked every month, and if there is any issue with their functioning, the head of the concerned department writes to the superintendent to get it fixed,” one staff member said. “But here no contractor was ready to rectify the equipment since the two never let the payment order pass.”

(After the contractor rectifies the equipment, the head of the department has to verify them before payment can be released.)

Bairwa simply pointed the finger at Meena: “I wrote several times to the superintendent but he took no action,” he said. However, he refused to provide copies of the letter because they were “government property”.

The post of superintendent – Meena’s station – is considered to be “political” in that there are no fixed selection procedures in place and appointments to which are often based on political connections. 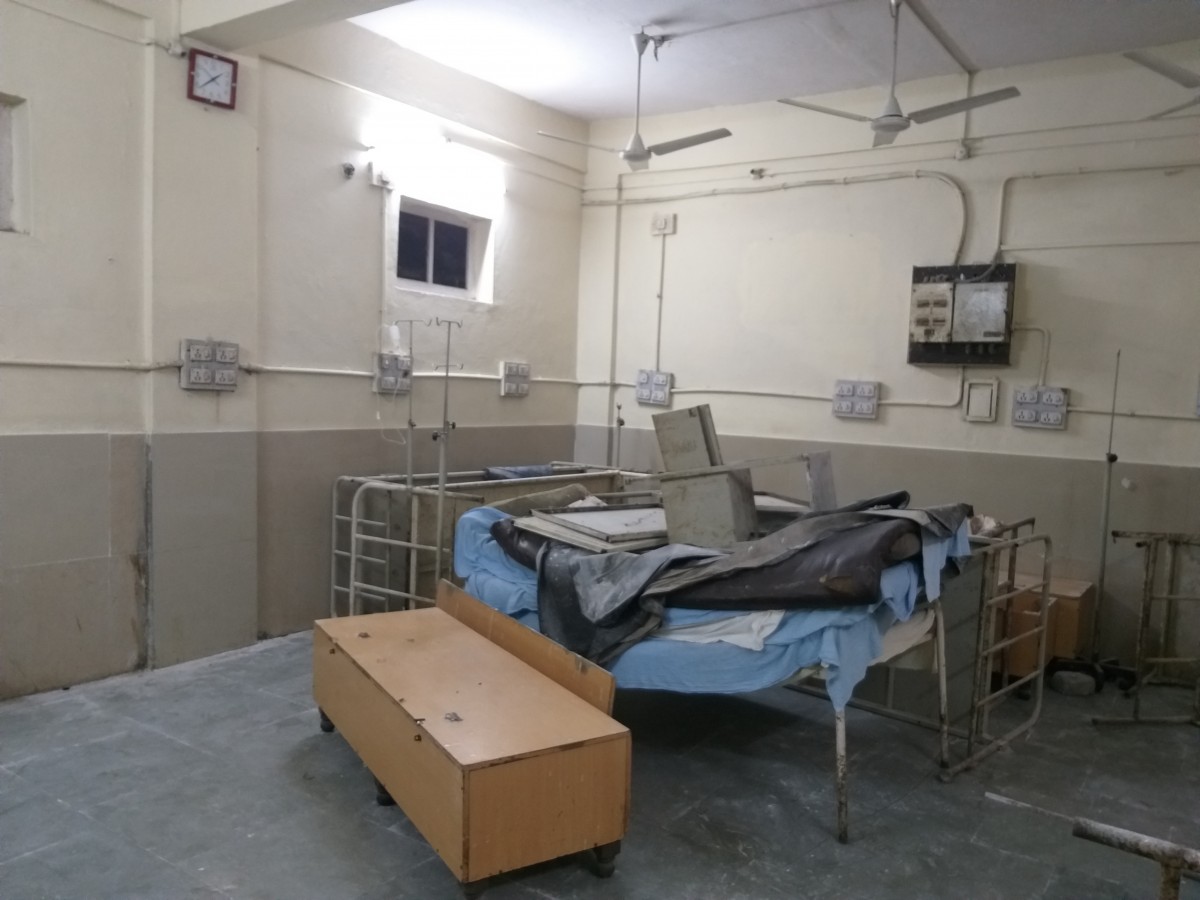 Meena was superintendent of J.K. Lon hospital while also being in charge at the Satellite District Hospital in Kota, and the blood bank. This raised eyebrows.

“It is difficult for a person to manage a single government hospital and the former superintendent was handling three hospitals. In such a situation, the administration is bound to suffer and that’s what happened at J.K. Lon too,” a senior official who didn’t wish to be named told The Wire.

On the other hand, the head of the department is simply the senior-most professor in the medical college.

The matter of infant deaths in Kota has become a political battleground for the Bharatiya Janata Party (BJP) and the Congress.

Rajasthan is currently in Congress rule, under the chief-ministership of Ashok Gehlot. Om Birla, the Lok Sabha speaker and a member of the BJP, is the Lok Sabha MP from Kota.

The state’s health minister Raghu Sharma blamed the previous BJP government for the sad state of the hospital’s facilities.

“They were there in power for five years. The previous Congress had provided the financial approval for 60 beds – where did they go?” Sharma complained to the Indian Express. “Had there been 60 beds, our bed-strength would have been 102, and there wouldn’t have been a need to put two children on one bed.”

He also alleged “administrative negligence” and which he said the government would act against.

Also read: 8 Ways in Which India’s Public Healthcare Can Change for the Better

Gehlot’s initial comment attempted to normalise the deaths: “Death of even one child is unfortunate but there have been 1,500-1,400 deaths in a year in the past; this time the figure is 900. There are a few deaths [every day] in every hospital in the state and in the country, nothing new. Action is being taken.”

But Sachin Pilot, the state’s deputy chief minister, criticised his own government on January 4 and said the response could have been “more sensitive and compassionate”. 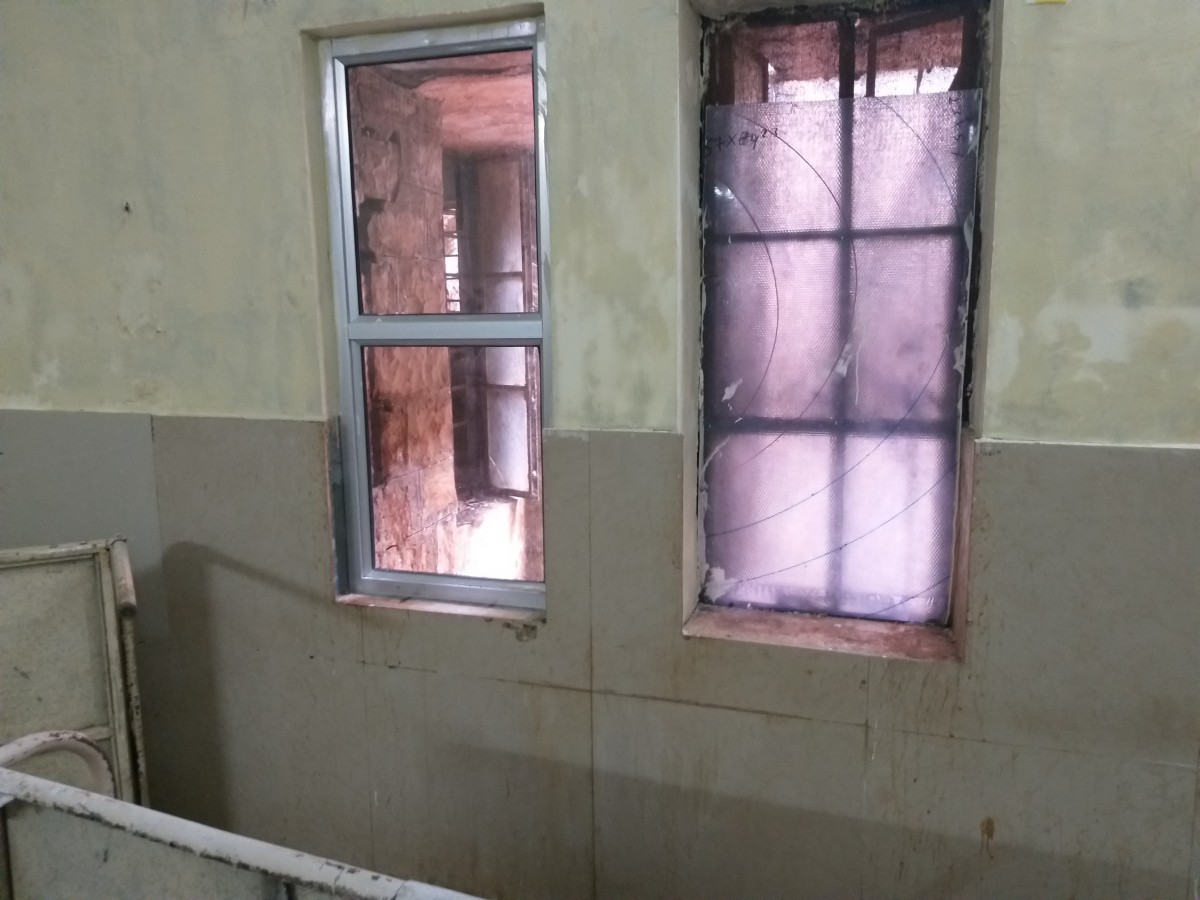 Broken window panes and damp walls like these are to be found around the hospital. Photo: Shruti Jain

Caught in the blind-spot of this blame game are the parents who lost their newborns.

When Padma (24), mother of two daughters, gave birth to a baby boy in July 2019 at the satellite hospital in Kota, she felt her family was “complete”. “We had already lost out firstborn son in 2013. We were thankful that god gave us another chance,” he husband Sanjay said. He named the boy Tejas.

Tejas was about to turn three (months) when he fell ill in October. The doctors at the Maitry private hospital in Kota diagnosed him with malaria. After being treated at the hospital for two months, Sanjay moved Tejas to J.K. Lon hospital.

“In just two months, we had spent about one lakh rupees for his treatment,” Padma told The Wire. “Although Tejas’s health was improving, we couldn’t afford the expenses of a private hospital, so we took him to J.K. Lon hospital.”

But after only a day at the government hospital, Tejas died. The family suspects the poor condition of the hospital’s paediatric intensive care unit.

“It was biting cold when we admitted Tejas at J.K. Lon. There was water leaking over his bed. We requested the hospital staff to change his bed but when he was finally shifted to a new bed, it was too late,” Padma said.

Sanjay added that “there was only one compounder at night, and he came to the ward only when called. The doctors – before leaving in the evening – told us to supervise their children but we didn’t know how to handle the machines.”

The couple hasn’t been happy about the visiting journalists and politicians either. “Since the day my son died, reporters and politicians have been visiting us daily, asking us to repeat our ordeal,” Sanjay explained. “We are even told to not go to work because a politician is about to arrive at our place. Everyone says they will look into the matter but no one talks of compensation.” Padma and Sanjay, holding up a picture of Tejas on his phone. Photo: Shruti Jain

When Shanu (20) was told she was pregnant with twins, she became wary. She delivered them on December 13 – both boys – and named them Aayil and Rayil. Aayil died only two days later in the hospital even as Rayil was being discharged.

On December 18, Shanu received a call from the hospital asking her to bring Rayil in for a check-up. She and her partner said that the baby was perfectly fine until he was readmitted to the hospital on December 22. He was only 10 days old when he died the next day.

“Rayil didn’t have any issues when we took him to the hospital but when they admitted him, he couldn’t survive the cold and other unhygienic conditions there. Who do we blame for the death of our healthy child?” Shanu asked.

The family also alleged that the compounder on night duty had been foul-tempered and abusive. “His name was Chetan. He didn’t talk to us properly, and even manhandled us. There were no doctors available at night and parents are left to handle their infants on their own,” Shanu’s husband Aadil (22) said.

Also read: In 2018, More Than 14 Indian Children Died Every Hour Due to Pneumonia: UN Study

Komal was admitted to Sarthy, a private hospital in Kota. After developing some complications, she underwent a cesarean section on December 29. The newborn had respiratory issues, so doctors at Sarthy referred Komal to J.K. Lon hospital.

“Our baby was in a critical condition but the hospital staff didn’t pay any attention to her. She was kept on a ventilator, which was also not working properly,” Komal’s husband Shubham (25) told The Wire.

The J.K. Lon hospital awaits real change – but until that comes, it appears to be working on some fake change of its own. The hospital records show duplicate admissions, apparently to massage the infant mortality rate.

“There are infants who were born in the gynaecology ward and were later admitted to the NICU [the neonatal intensive care unit]. So such infants have one entry in the delivery register and another in the NICU register, and both registers are taken into account when counting the number of infants admitted,” one employee of the hospital said.

“So when the total infant deaths are calculated, the percentage of infants that died relative to the number admitted looks a lot better.

According to operational guidelines specified for facility-based newborn care (FBNC), maternal and child healthcare are divided into three levels. Shanu, holding up the discharge receipts for her twin boys who died at J.K. Lon hospital, Kota. Photo: Shruti Jain

District hospitals and government hospitals’ medical colleges are often overloaded with cases because the other levels of maternal and child healthcare are prone to fail. For example, the satellite hospital in Rampura, a district hospital in Kota that’s about 5 km away from J.K. Lon hospital, does not have any SNCUs. It only has one NBSU with a maximum occupancy of four.

Indeed, Rajasthan has only six medical colleges in its 33 districts. According to expert analysis, the treatment line at the government hospitals’ medical college are far better than those at district hospitals because medical colleges have resident doctors working shifts that cover 24 hours each day. District officers employ medical officers on the other hand.

The J.K. Lon hospital in Kota boasts of the single largest facility in the state’s Hadoti region. People come here from Baran, Bundi and Jhalawar (75, 50 and 90 km away) – even from the neighbouring state of Madhya Pradesh – seeking care.

The FBNC guidelines recommend each SNCU maintain four beds for every 1,000 deliveries per year. The J.K. Lon hospital administers about 9,000 deliveries a year but has only 12 beds, a ratio weaker by thrice. The centre also does not have at least one paediatrician or trained doctor available around the clock.

“We cannot deny that there is a shortage of staff, but we try our best to manage,” Suresh Dulara, the hospital’s new superintendent, told The Wire.

The record of proceedings of 2019-20 for the Kota district, available on the official website, indicate that the state government did not allocate any money for maternal and child healthcare infrastructure in the city.