Khan was removed from his post in the state-run BRD Medical College after 30 children died there on August 10 and 11. 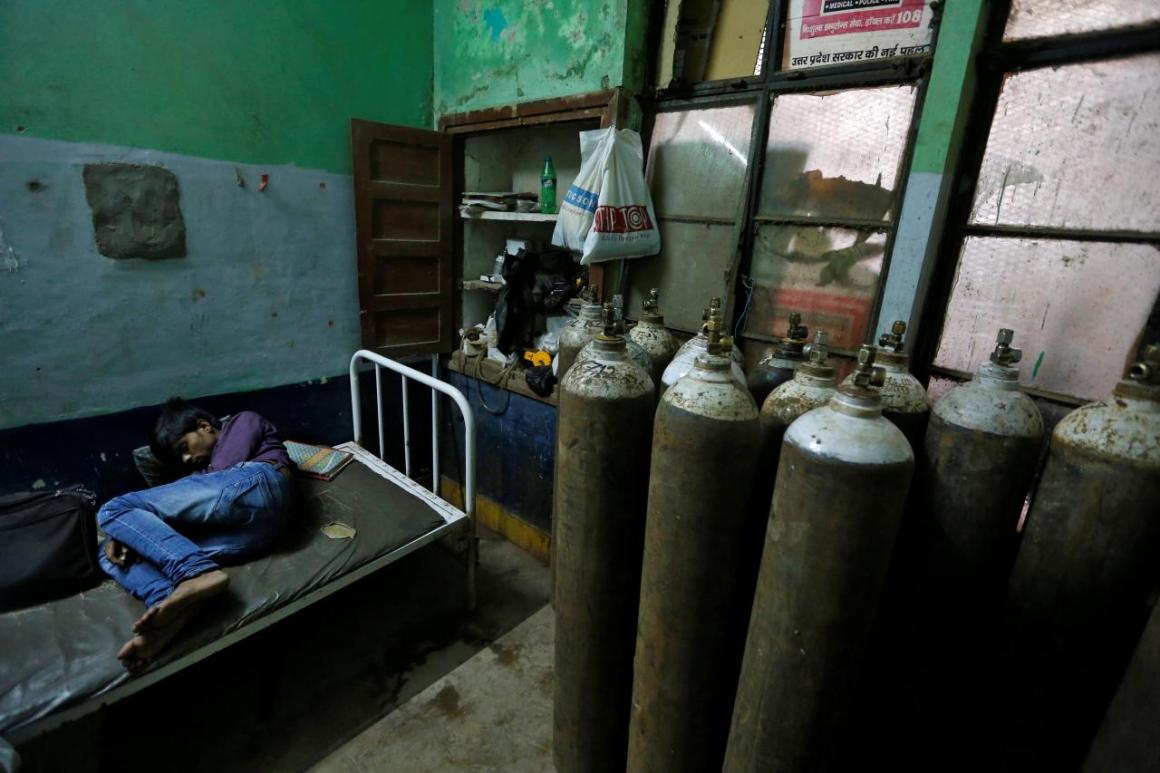 Gorakhpur, Sep 2: The UP Police today “apprehended” Dr Kafeel Khan from Gorakhpur who was removed from his post in the state-run BRD Medical College where 30 children died in on August 10 and 11, a senior official said.

He was the nodal officer of the 100-bed AES ward at the Baba Raghav Das Medical College and was removed following the deaths on August 10 and August 11.

“Kafeel Khan was apprehended today at around 9 am from Gorakhpur and he is being handed over to Gorakhpur Police,” IG Special Task Force (STF) Amitabh Yash said.

This is the third arrest made by the STF in the case.

Former principal of the the medical college, Rajiv Mishra, and his wife, Purnima Shukla, were taken into custody by the UP STF on August 29 for questioning.

Mishra and his medico wife, who are named in an FIR lodged by the UP government, were picked up from Kanpur, where they had reportedly gone to consult a lawyer.

Yesterday, additional sessions Judge Shivanand Singh issued NBW against seven of the nine people named in the FIR, a day after he sent former principal and his wife to 14-day judicial custody.

Following the deaths, mostly of infants, cases were registered under various sections of the IPC, Prevention of Corruption Act and the Indian Medical Council Act.

Mishra was suspended as principal of the medical college on August 12 after the deaths were reported. He resigned the same day taking moral responsibility.

There were allegations that the deaths occurred due to disruption in oxygen supply as the vendor had not been paid for several months.

While the Uttar Pradesh government vehemently denied that shortage of oxygen led to the deaths, a high-powered probe committee headed by Chief Secretary Rajive Kumar indicted Mishra and others on charges of laxity among others.

Mishra was accused of sitting over the issue of payments to the vendor supplying oxygen gas to the hospital.

The doctor couple were booked on the basis of the report submitted to chief minister Yogi Adityanath by the chief secretary. Adityanath had formed the committee on August 12, a day after the deaths were reported.

The medical college attracted global attention when more than 60 children, mostly infants, died at the hospital within a week last month. The issue also acquired a political colour with the opposition attacking the government over it.

The Allahabad High Court had also sought a “detailed report” on the infrastructure and medical facilities of the medical college.

It directed the secretary of the Uttar Pradesh State Legal Services Authority to personally visit the medical college hospital and file a report along with photographs of various wards.