'Jury Still Out': Scientists Call for Open Debate on Origin of Novel Coronavirus

In a letter published in The Lancet, scientists question the 'proof' offered by supporters of the natural-origin hypothesis and say that a lab leak origin is plausible. 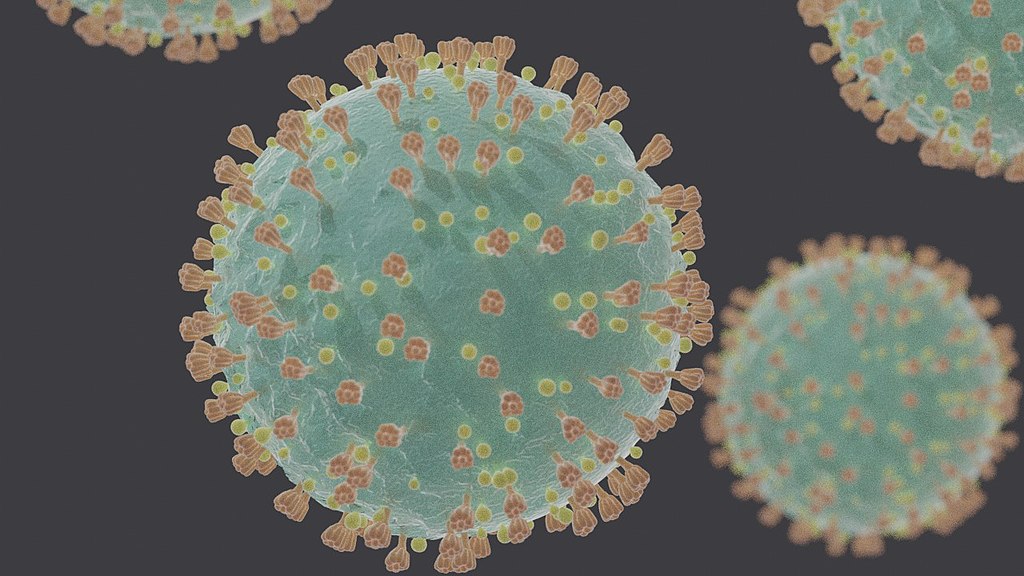 New Delhi: Researchers in northern Cambodia are collecting samples from bats to try and understand the origins of the coronavirus pandemic. The region is known to have a similar virus, found in the bodies of bats a decade ago.

Two samples, collected from horseshoe bats in 2010 in Stung Treng province near Laos, has been stored in freezers at the Institut Pasteur du Cambodge (IPC), Phnom Penh. Tests on them last year revealed a close relative to the coronavirus, according to Reuters.

An eight-member IPC research team has been collecting samples from bats and logging their species, sex, age and other details for a week. A similar study is going on in the Philippines.

“We hope that the result from this study can help the world to have a better understanding about COVID-19,” field coordinator Thavry Hoem said.

Host species such as bats typically display no symptoms of pathogens, but these can be devastating if transmitted to humans or other animals.

Dr Veasna Duong, head of virology at the IPC, said his institute had made four such trips in the past two years, hoping for clues about the origin and evolution of the bat-borne virus. “We want to find out whether the virus is still there and … to know how the virus has evolved,” he told Reuters.

That the origin of the novel coronavirus, or SARS-CoV-2, is still unknown nearly 20 months after the first known case of COVID-19 was reported, has been a cause of concern among scientists. Initially, the consensus was that the virus had a natural origin. but scientists later began to consider the possibility that the virus may have leaked from a lab in China. However, there exists no definitive proof in support of either hypothesis.

Scientists have emphasised the need to conduct a fresh, fuller investigation into the origins of the virus over the past few months – especially one that does not privilege one hypothesis over another.

The report pertaining to the latest in this series of probes was published on September 17 in The Lancet – marking a departure for the journal, which has thus far restricted itself to publishing open letters that have supported the natural-origin theory. The new letter, authored by 16 scientists, calls for “an objective, open, and transparent scientific debate about the origin of SARS-CoV-2”.

Specifically, the scientists question the ‘proof’ offered by supporters of the natural-origin hypothesis and say that a lab leak origin – which the researchers referred to as “research-related incident” – is still plausible.

The letter begins with a criticism of a February 2020 letter, published by The Lancet and written by public health scientists, that claimed “overwhelming support” for the hypothesis that SARS-CoV-2 originated in animals. This letter, the authors of the new letter say, associated “any alternative view with conspiracy theories by stating: ‘We stand together to strongly condemn conspiracy theories suggesting that COVID-19 does not have a natural origin'”.

This, they continued, imparted a “silencing effect on the wider scientific debate, including among science journalists”.

A subsequent letter published by The Lancet in July 2021, authored by many of the same scientists who wrote the February 2020 one, did not equate scientists open to alternative hypotheses with conspiracy theorists but still said the virus originated in wildlife and that there is “new, credible, and peer-reviewed evidence in the scientific literature” for this hypothesis.

The authors of the latest open letter disagree. They state: “There is so far no scientifically validated evidence that directly supports a natural origin.” They say that while there is evidence that SARS-CoV-2 is phylogenetically related to other betacoronaviruses, this only shows that the novel coronavirus “descends from a natural virus”, which is widely accepted. “[B]ut this does not explain how it came to infect humans,” they say.

What supporters of the natural-origin hypothesis claim as ‘proof’ is actually “indirect and questionable arguments”, the scientists say.

“After 19 months of investigations, the proximal progenitor of SARS-CoV-2 is still lacking. Neither the host pathway from bats to humans, nor the geographical route from Yunnan (where the viruses most closely related to SARS-CoV-2 have been sampled) to Wuhan (where the pandemic emerged) have been identified. More than 80 000 samples collected from Chinese wildlife sites and animal farms all proved negative,” they wrote.

They also pointed out that the international research community does not have access to the sites, samples, or raw data from China. Though the Joint WHO-China study concluded that the laboratory origin was “extremely unlikely”, the scientists say that WHO director-general Tedros Adhanom Ghebreyesus “declared that all hypotheses remained on the table including that of a laboratory leak”.

“A research-related origin is plausible. Two questions need to be addressed: virus evolution and introduction into the human population,” the letter states.

According to South China Morning Post, the researchers said some “unusual features” of the SARS-CoV-2 genome sequence suggested that they may have resulted from genetic engineering, an approach widely used in some virology research programmes.

“Alternatively, adaptation to humans might result from undirected laboratory selection during serial passage in cell cultures or laboratory animals, including humanised mice,” they said.

Overwhelming evidence for either a zoonotic or research-related origin is lacking: the jury is still out. On the basis of the current scientific literature, complemented by our own analyses of coronavirus genomes and proteins, we hold that there is currently no compelling evidence to choose between a natural origin (i.e., a virus that has evolved and been transmitted to humans solely via contact with wild or farmed animals) and a research-related origin (which might have occurred at sampling sites, during transportation or within the laboratory, and might have involved natural, selected, or engineered viruses).

They called for an evidence-based, independent, and prejudice-free evaluation, facilitated by international consultation of high-level experts with no conflicts of interest, from various disciplines and countries. “The mandate will be to establish the different scenarios, and the associated hypotheses, and then to propose protocols, methods, and required data in order to elucidate the question of SARS-CoV-2’s origin,” the letter says.

The scientists also said it is important to “continue debating about the risk-benefit balance of current practices of field and laboratory research, including gain-of-function experiments, as well as the human activities contributing to zoonotic events”.

The letter also asks scientific journals to “open their columns to in-depth analyses of all hypotheses”, adding that scientists need to evaluate all of them on a rational basis, devoid of speculation concerning possible political impacts.

“Departing from this principle risks establishing dogmas, abandoning the essence of science, and, even worse, paving the way for conspiracy theories. Instead, the scientific community should bring this debate to a place where it belongs: the columns of scientific journals,” they conclude.

Four co-authors who wrote the first draft of the letter told South China Morning Post that it was in China’s interest to explore all possible pathways by which Sars-CoV-2 could have made the jump from animals to humans. “China, like the rest of the world, should implement the necessary scientific means to resolve this issue [of the origins of Covid-19], as no country has an interest in the emergence of new epidemics,” they said in a statement.