In conversation with the secretary of the Department of Biotechnology about public health, patented drugs and more.

Secretary of the Department of Biotechnology, Renu Swarup, a scientist herself, spoke to The Wire about various issues affecting Indian scientific research: from funding to fake science. She also described some of the achievements of the department of biotechnology and areas that seek improvement.

Lastly, Swarup also spoke about whether women scientists were being adequately represented in science and about programmes where the government is facilitating the entry and re-entry of women into the scientific workforce.

What are some of the big achievements of the Department of Biotechnology in the field of health in the last five years?

Whatever we do in the area of healthcare, we obviously keep public health in our mind. A lot of the research that we support is eventually targeted towards that. So when talking about some of the immediate achievements of the DBT in the field of health, let’s start with the Rota Virus vaccine, because that’s obviously our flagship project which we are very proud of, and we’ve made a difference in that. But we have also worked on other vaccines – bringing them closer to their developmental stage.

A major initiative that we’ve brought in is the National Biopharma Mission, which was launched in June 2017. This has given us a major push with the World Bank and it is implemented by the Biotechnology Industry Research Assistance Council (BIRAC). We support programmes in the biopharma sector through the Biopharma Mission and we also create an ecosystem which helps to keep the pipeline moving.

We have also identified the gaps there, which were obviously in the early stage of research, and continue to be supported by the DBT and the BIRAC. There are also gaps in the late stage, taking it through the validation of clinical trials.

If you want to keep the pipeline active, then you have to support young innovators and academic researchers who need access to shared infrastructure. It’s not just about creating facilities but having trained human resources to man those facilities and operate them professionally so that all the data that comes out is compliant with regulatory standards.

The third vertical of the Biopharma Mission is building capacities. Training is very important here. We have, in fact, now looked at how we would train people for regulatory compliances. We’ve just had a discussion to see how we’ll create a clinical trial network, build capacities on clinical trial sites so that we can really do more clinical trials within the country. And also for these facilities, we need to have a trained human resource who can take this forward.

But we’re also looking at bringing in new disruptive technologies and see how we build capacities there. This involves engaging with global partners.

And the fourth vertical looks at how we build our own tech transfer, intellectual property management and technology management capacities to engage industry in academia.

These “facilities” you’re talking about – are you developing labs where people can come and use the physical infrastructure? And how are these labs different from, say, the CSIR labs?

These are not routine research laboratories – these are laboratories which are a part of the manufacturing chain and these are currently available with contract manufacturers or the industry. But then, they may not be affordable to our startups because obviously, the industries have their own profit business models that they have to look into.

So we’ve partnered with industries, and we’ve said, “Okay, we’ll give you a strengthening grant so you become our partner,” and we can then take on a percentage of the cost when they give access to labs.

On the issue of linking industry with academia – what we have been seeing in the US, for example, is that several important drugs have been publicly funded through tax money at various American public institutions. But what happens then is that a private player comes in, takes over the drug, the marketing, the clinical trial and the ultimate sale of the drug. They also hold the patent. What is the model in India on this?

Also Read: How the University of California Is Fighting Proxy Patent Battle for Expensive Cancer Drug in India

That’s what I’m asking about – what happens when you transfer this to the industry?

With the Rotavirus vaccine, we had a price negotiation and that was built into the transfer document. We said that the vaccine will cost less than a dollar, and that’s why today it’s in the National Immunisation Programme. So wherever we’re taking up such major transfers which we know will have a public health impact, we then get into a negotiation contract, for price negotiation.

And in terms of patents – ultimately who owns them?

The patent would obviously be with the company. You see, we can negotiate the price for the public health system here, but if they have to provide it globally, why would we not allow them to be global competitors for that. Anyway, the government can’t do anything holding the patent. It’s always important for the industry to take it forward. But for our public health system, we have a negotiated price. 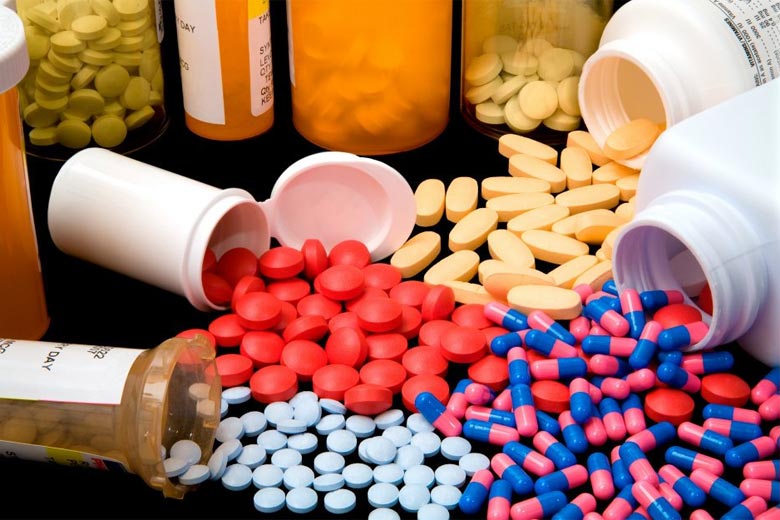 Why are drugs so pricey? Credit: Reuters/Files

I want to ask you about these annual protests by various scientists. There seem to be two main issues – One is that they say that there’s not adequate funding, or the funding that comes is coming very late. And the second issue is the presence of pseudo-science in governmental discourse. On these two issues, how founded or unfounded are the grievances of scientists who have been protesting?

See, everyone can have their own right to say what they want, isn’t it? So everyone’s got their own freedom of speech and expression, that’s fine.

But there are certain things that need to be brought out in the right perspective and I think that is that – yes, we do understand that we could do better with more funds coming in. But we have to look at the funding we currently have, and how can we make the best of what is available.

We see government funding as a catalyst. If with that catalytic funding we actually support a lot of research to move forward, we can then be an anchor to attract a lot of other funding. This could be national or international funding.

I think the government is acting as a catalyst. It is funding capacity building, it is investing in projects, in people, in the human resource, in infrastructure capacities, and of course, in cutting edge science. This has also helped us to build a lot of international collaborations. Today, if you see, our institutes can attract a lot of extra research funding. I see this as a positive point.

But is there an issue with funds being delayed, even from projects that are sanctioned?

There are issues in that, I will not wash it off by saying that we are perfect. There’s always scope for being better, we’re trying to make it better.

We’re trying to make things into an online system. We’ve got certain things moving much faster now. Today, our system within DBT itself is all available online. The investigators can actually track their project progress online. We’ve brought in systems internally, we’ve redone our review process, we’ve redone our release process to see that we empower people at different levels so that releases get faster.

Also Read: The March for Science: Did the Government Even Blink?

So we keep learning from feedback. There’s always scope to do better, I will not say that we’re the best. But there are certain issues which are not just limited to India, it happens globally everywhere. I won’t say that that is becoming a bottleneck for the research – yes, it can become limiting at times but we do try to see how to resolve it.

What about the presence of pseudo-science that we’re seeing widely? Many of the protests were also about this. Is pseudo-science something that plagues the Indian scientific community and research?

DBT itself is heavily into cutting edge science. I don’t think biotech gets impacted by this.

But DBT is housed in the Ministry of Science and Technology and various quarters of this ministry have sprouted dubious scientific claims or proposals. So is the ministry then plagued by the spectre of pseudo-science?

I don’t think we have anything like that in DBT at all, or in biotech. So I’ll limit it to biotech. I don’t see that happening at all because there’s no way one can move forward in anything that we do unless there’s a rationale behind what we’re doing. Each part of the science gets responded to only when there’s a rational approach.

Also Read: With Scholars Set to Restart Protests, a Peek Inside the Research Funds Gridlock

Lastly, do you think women are adequately represented in Indian science? Are they getting their due?

Again I’ll say, we’re getting better by the day. There’s definitely scope for more. We need to create a very strong base. We obviously don’t have a very high number as we move up because our base is small.

I have noticed that you are very often the lone woman on a lot of scientific panels.

So if you have 100 scientists and you’re looking at 10% of them, you’ll only have ten that’ll go up. But if you have a base of 100,000, and in that 100,000, you say we’re looking at 10%, it’ll be a little large, right? So I think we really need to work on creating a very very strong base. We’re doing that – the Department of Biotechnology, the Department of Science and Technology, all ministries.

Has the ministry taken any specific, targeted, affirmative action to bring more women in?

We have lots of them. We have a whole scheme called the Biocare Scheme which is only for women scientists and it is basically to bring in the re-entry of women scientists who have had a career break.

Also Read: A Year Since Launch of Govt Scheme to Get Girls Into Science, What’s Happened?

We have supported around 500 women scientists. The programme started about 7-8 years back, and I think about 300-400 women have come through. About 50% of these women were unemployed, the other half are those for whom this is their first research grant. We did a conclave on Women’s Day recently, and they all came and presented. That’s a wonderful scheme.

Department of Science and Technology does a similar programme for women scientists. I would also like to admit that in the biological sciences, we do have more women anyway, compared to the others. But we’re doing a lot. We’re now planning another special programme on leadership building for women scientists. We’re just having the initial concepts worked out.

We’re also looking at having a leadership summit for women in Science, Technology, Engineering and Math (STEM), so that we can bring in more role models. We’ve got special programmes that we brought into our science policy to help them to understand that. So we do put in a special effort. But yes, we’d love to see more women coming forward.