Why Institutional Delivery in India Is a Nightmare for Women

Healthcare providers need to be held responsible for their actions and must treat women in labour as autonomous individuals. 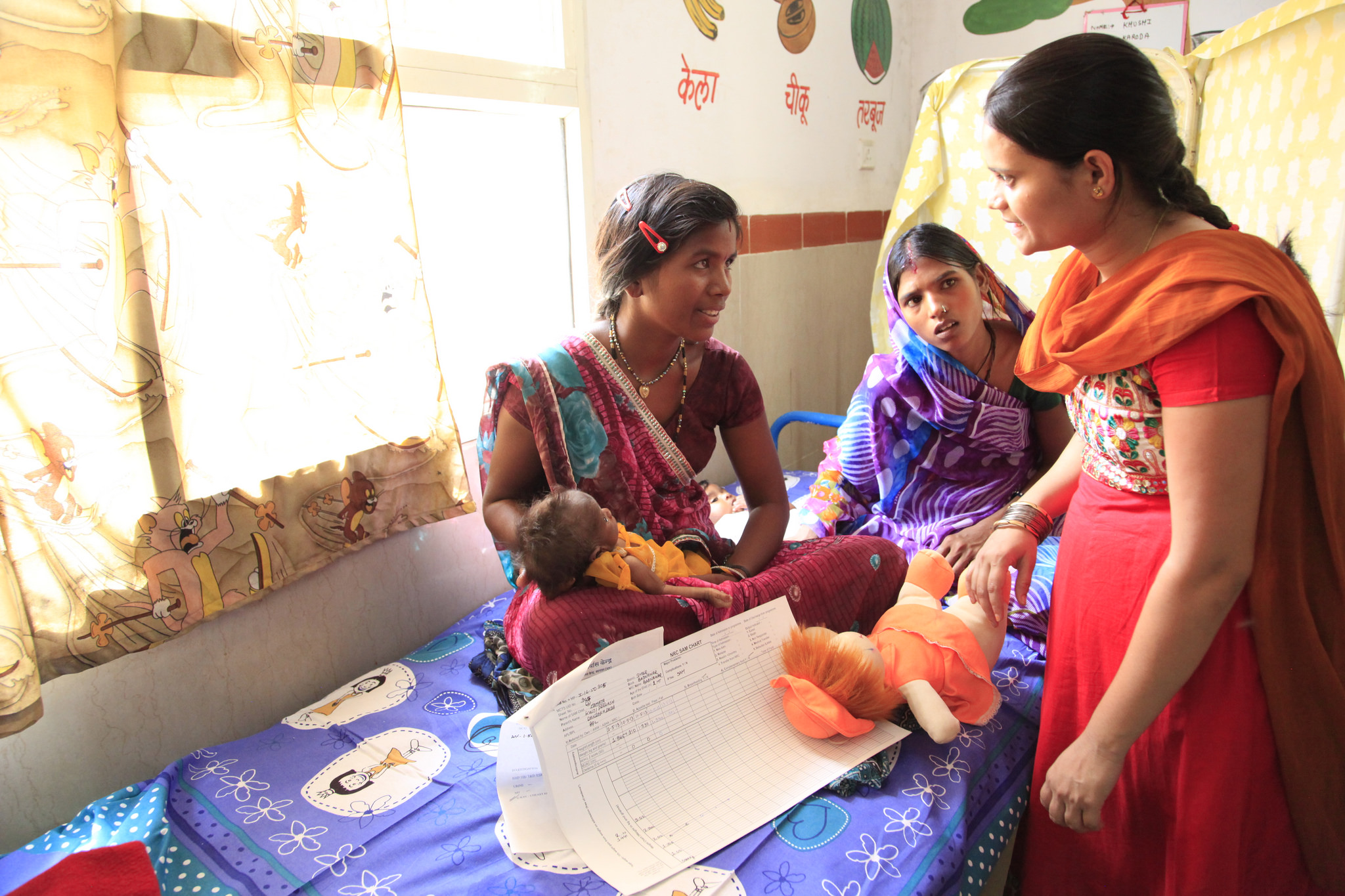 India has a shockingly high maternal mortality ratio (MMR) of 167: for every 100,000 births, 167 maternal deaths occur. This is more than twice the target to be achieved under the Sustainable Development Goals (SDG). To reduce this, the government put policies and programmes in place to facilitate institutional births. However, the uptake of these facilities has not increased and so the number of maternal deaths has not decreased. Further inspection makes it evident that the Indian public health system is unable to provide quality healthcare to all those who can’t afford the private sector.

This is in part an issue of availability and accessibility of services. But even when the services are available, they are of poor quality, which deters people from utilising them further. This is what is seen during institutional births, when substandard, sometimes almost inhumane, care is delivered by healthcare professionals. Women face verbal abuse and discrimination; made to deliver on the floor due to lack of beds; not provided pain relief to avoid prolonged births and invasive procedures are performed on them without their knowledge or consent.

Such acts of labour room violence against pregnant or gestating women are collectively termed obstetric violence.

From the existing medical and public health literature, two facts about obstetric violence can be ascertained. First: it is a relatively new term, first used in legal forums in Venezuela around 2007. The discussion around dehumanised birth emerged in Brazil in 1993 but it was not until the mid-2000s that it gained traction with global bodies in public health. Second: some degree of disrespect and abuse during childbirth in health facilities had been recorded in studies globally and nationally for decades, and several of these have found an undercurrent of normalisation.

A case in point is a study from Tamil Nadu from 15 years ago, which found that women believed “the baby will only be born if the pains are strong”. The use of drugs to induce labour pains had become so normalised in urban and some rural parts of Tamil Nadu in the 1990s that women abstained from asking for pain relief.

It is this collectivised, normalised nature of obstetric violence that health rights activists have begun highlighting as yet another manifestation of deep-seated patriarchal notions of control over women. We must understand that obstetric violence falls under the larger ambit of violence against women, which itself is a major public health concern. The truth behind poor health outcomes for women in India lies in part in the fact that violence meted out to them in different forms reduces their chances at a healthy life.

Domestic violence against women in the form of beating, poisoning and burning has serious implications for health that get buried under the guise of a private matter best left to the family. Violence against the girl child is a bias within the community that disregards the right of every child to a safe and healthy life. It is with this lens that obstetric violence needs to be approached because childbirth is a vulnerable affair and can have varying outcomes for women depending on the kind of treatment they receive.

The bulk of the research on this topic has been done from a global perspective. India has had only eight studies looking at labour room violence. Among the studies from around the world, a majority outline only a qualitative methodology; hard, empirical evidence is lacking. Studies have also tried to narrow down on categories of disrespect and abuse, and devise a typology – a classifications of acts generally faced by women that can be standardised as obstetric violence – but they are not specific to the Indian context. A systematic review classifies and highlights the major types of mistreatment of women in labour by providers. But due to differences in policies, programmes, infrastructure and, importantly, culture, the typologies can’t be picked up in toto to plan an intervention.

For instance, many studies from around the world have shown the benefits of having the spouse or a trusted family member present for a smooth labour. A denial of birth companion is considered equivalent to mistreating women. But in countries like India, allowing a birth companion is usually not possible in a government set-up. While Tamil Nadu has introduced the concept of a birth companion in public facilities, this hasn’t been possible in other states. There is an infrastructural constraint – where there is overcrowding in the room with the obstetrician, resident doctor, nurses and interns. In private facilities, not allowing family members into the labour theatre is a policy for aseptic precautions. So whether this denial can be seen as a violation in India is debatable.

Another grey area in obstetric violence is invasive procedures. In India, caesarean sections are very often seen as a means of making money in the private sector and as a means of quicker labour in the public sector. But a more unknown, rampantly performed invasive medical procedure is episiotomy, where an incision is made in the skin between the vaginal cavity and the anus to make the pathway for the baby bigger.

Although scientifically refuted, it is still carried out in high numbers. It is believed that in hospitals with low resources, they find that it is easier to surgically make a tear than to risk a tear later that will lead to complications that hospital staff is not prepared to handle. In some hospitals, this procedure is performed on every woman that gives natural birth.

There is no question of explaining the procedure and/or taking consent. It may even be done without anaesthesia to save time or due to the absence of an anaesthetist. A more mythical, and misguided, reason is based on culture and race, where it is believed that Asian women have smaller vaginal openings than African-American or Caucasian women.

The intersectionality of physical and verbal abuse and discrimination with caste, class or medical condition also can’t be denied. A large section of women that face obstetric violence belong to lower socio-economic backgrounds. They have to resort to public facilities for birth and expect such behaviour, and therefore do not think it is abnormal, illegal or ethically wrong. But this normalisation is an unacceptable reality that needs to enter the larger discourse.

Slapping patients on their inner thighs and commenting, “You enjoyed making the baby, then why are you crying in pain now” should not be overlooked. Verbally abusing patients for asking for pain relief by saying that they are ungrateful and shameless because they are already getting free treatment is discriminatory and goes against the very essence of a public health system. Women suffering from diseases like HIV and hepatitis B have an equal right to quality treatment while following universally recognised precautions.

The reality of the quality of care has to do with a compendium of factors that are social, cultural and structural. More empirical, context-specific research is needed to devise a typology based on which interventions can be designed. Healthcare providers need to be held responsible for their actions and must treat women in labour as autonomous individuals. The discourse on obstetric violence needs to become larger. At the helm of this discussion must be the understanding that a woman has an absolute right over her body and will always reserve the right to be informed about and refuse any procedure that she does not wish to undergo.

Surbhi Shrivastava is a postgraduate student of public health in health policy, economics and finance at the Tata Institute of Social Sciences, Mumbai.