Tedros Adhanom Ghebreyesus also claimed that data was withheld from investigators who travelled to China to explore the source of the COVID-19 pandemic. 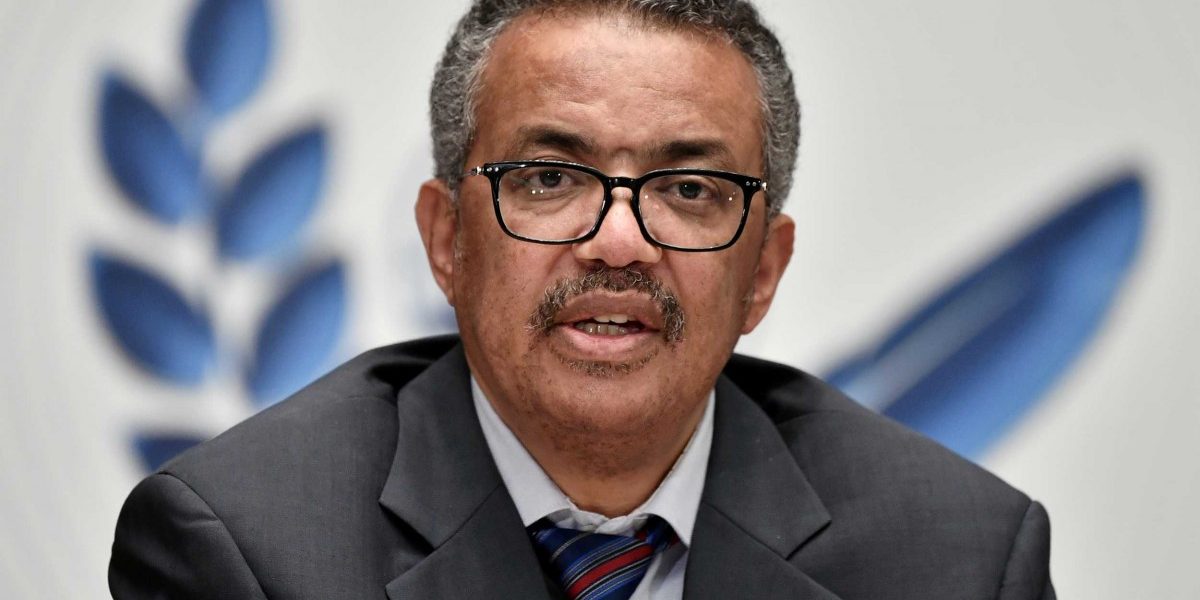 New Delhi: Joining calls from the US and EU, India on Thursday backed the World Health Organisation (WHO) chief’s expectation of “more timely and comprehensive data sharing”, even as Tedros Adhanom Ghebreyesus also claimed that data was withheld from investigators who travelled to China to explore the source of the COVID-19 pandemic.

On March 30, the UN body unveiled the final report of the WHO-convened Global Study of Origins of SARS-CoV-2, written jointly with Chinese scientists, based on a visit to Wuhan in January and February this year.

The report concluded that the virus was likely to have occurred through transmission from bats to humans. The joint team assessed that the introduction of COVID-19 through a “laboratory incident was considered to be an extremely unlikely pathway”.

“In my discussions with the team, they expressed the difficulties they encountered in accessing raw data. I expect future collaborative studies to include more timely and comprehensive data sharing,” WHO director general Tedros said in remarks to member states at a briefing on the final report.

Tedros asserted that the assessment was not extensive enough and would require further data and studies to “reach more robust conclusions”.

“Although the team has concluded that a laboratory leak is the least likely hypothesis, this requires further investigation, potentially with additional missions involving specialist experts, which I am ready to deploy,” he said.

China had commended the experts behind the report but asserted that the Chinese side had “offered necessary facilitation for the team’s work, fully demonstrating its openness, transparency and responsible attitude”.

The Chinese foreign ministry had further claimed that the study of origins should not be limited to China but “should be conducted in multiple countries and localities“.

Beijing has always claimed that Western countries have politicised the scientific study of the origin of the novel coronavirus by attempting to pin the entire blame on China.

At Wednesday’s media briefing, Chinese foreign ministry spokesperson Hua Chunying  suggested that any future probes should include a US military laboratory at Fort Detrick, Maryland. “As you know relevant study is already done in Wuhan labs, but when will Fort Detrick be open to those experts?…If necessary, we hope the US can be as open and candid as China,” she said.

India reacted on Thursday that the report represents an “important first step” in establishing the origin of the COVID-19 pandemic.

Ministry of External Affairs spokesperson Arindam Bagchi also noted that the report listed four possible pathways for the emergence of the disease and underlined the need for next-phase studies across the region. “The report also stresses the need for further data and studies to reach robust conclusions,” he said.

On the WHO chief’s observations of the need for more data sharing, India supported him “fully”.

“It is pertinent to note that the director general of the WHO has separately raised the issue of delays and difficulties in accessing raw data for the team conducting the study. We fully support the Director General’s expectation that future collaborative studies will include more timely and comprehensive data sharing. In this connection, we also welcome his readiness to deploy additional missions.”

Bagchi added that India joins “other stakeholders in voicing their expectations that follow up to the WHO Report or further studies, including on an understanding of the earliest human cases and clusters by the WHO on this critical issue, will receive the fullest cooperation of all concerned”.

On Tuesday, the US and 13 other countries released a joint statement that expressed concern that the expert study was “significantly delayed and lacked access to complete, original data and samples”.

The statement also called for the need for a “robust, comprehensive, and expert-led mechanism for expeditiously investigating outbreaks of unknown origin”.

“We will work collaboratively and with the WHO to strengthen capacity, improve global health security, and inspire public confidence and trust in the world’s ability to detect, prepare for, and respond to future outbreaks,” it said.

Echoing the US-led joint statement, Bagchi added that India shared “the need for a comprehensive and expert-led mechanism that would expeditiously investigate the origin of COVID-19 in cooperation with all stakeholders”.

“We will continue to work with the WHO to strengthen capacity and improve global health security so that the present report and further studies will provide valuable inputs on developing protocols and building a knowledge base and expertise that facilitates genomic surveillance to track virus mutations and pro-actively respond to the next global pandemic,” said the Indian spokesperson.