As Focus Moves to TB Prevention, Who Will Treat India's 2.69 Mn Patients?

At a recent global conference in Hyderabad, pharmaceutical companies and funding agencies seemed keen on TB prevention. But what about treatment of those already suffering from it?

A doctor checks for tuberculosis at a health camp. Photo: cdcglobal/Flickr, CC BY 2.0

Between the TB bacteria and the world’s best scientists, it’s not yet clear who will win. TB is still the world’s deadliest infectious disease and India has the world’s highest burden of TB with 2.69 million people.

It’s crunch time for the world when it comes to TB. The 4,000 people who gathered at Hyderabad last week to discuss how to eliminate TB certainly think so. The global goal for this is the next 10 years, but India has committed to eliminate TB in five years.

So far, the deadly TB bug has put up a stiff fight. There were 10 million new cases of TB just last year and the fall rate is low. As many as 1.2 million people died last year from TB. One must remember that TB is curable, so this high death toll suggests that these people did not get adequate treatment.

One of the world’s oldest health institutes, The Union, holds an annual World Conference on Lung Health. This year is the 50th anniversary of this global conference and it was finally held in India, where the world’s largest TB population lives.

All the buzz at the conference this year was on TB prevention. Big pharmaceutical companies like GSK, Sanofi and Otsuka were celebrated for their announcements about vaccines, drugs and trials on prevention of TB. The US’s National Institutes of Health (NIH) announced two large tranches to fund more work on TB prevention, offering nearly $100 million to this end. But there were no big announcements on making TB treatment more accessible or affordable or on ways to funnel new research into treatments.

Treatment as a form of prevention

“Treatment itself is a form of prevention,” says Yogesh Jain, a doctor at the Jan Swasthya Sahyog in Chhattisgarh. “When we successfully test, diagnose and treat people for TB, we prevent the disease from spreading further and we also save the lives of those affected by TB.” 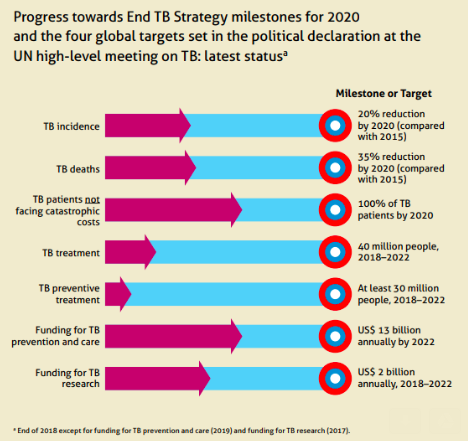 After all, 10 million people are estimated to have fallen ill with TB in 2018 alone, according to the World Health Organisation. Over 1.2 million people died from TB in 2018, a number which is particularly staggering in the light of the fact that TB is curable. So while prevention is important, is the global health community doing enough to treat those who are already struggling with TB, including India’s 2.69 million?

If treatment is unaffordable, will prevention be affordable?

As Dr Jain says, diagnosing and treating TB is itself a mechanism that will prevent the spread of TB. But has India been able to successfully do this? And what are the internal and external factors that are impeding India’s ability to diagnose and treat TB?

At the Union conference this week, the US’s NIH announced that it is launching a massive “prevention trial” with Otsuka’s Delamanid to see if it is effective in preventing TB. Delamanid is already recommended as a drug for curing TB. This new trial is going to happen in 12 developing countries, including India. As many as 5,610 people will be enrolled in this trial. Otsuka is donating the drugs needed for this trial. NIH is pumping in nearly $65 million.

However this lifesaving drug is unaffordable for Indian patients. The Japanese company is offering to sell the drug for a price of Rs 1.19 lakh ($1,700) for a treatment course. Neither can an average Indian patient afford to buy this individually, nor can the Indian government procure the drug en masse at this price.

Even if this new trial is successful, a spokesperson at the NIH said that their funding of this trial comes with no obligations on Otsuka, which will not be obliged to make this drug available to the countries where they did their trial.

The Wire reported earlier this year that a declaration being deliberated upon at the United Nations this year removed clauses which compelled countries to ensure that TB drugs are affordable. Clever manoeuvring by Indian and South African diplomats had managed to restore such clauses.

Elevated discussions on disease often pick solutions that are expensive, when in fact, in countries like India, even nutrition is a challenge. But nutrition is vital in preventing TB, like a vaccine.

“If people are well nourished, it protects them from many diseases, not just TB. Well-nourished people are less likely to get TB and more likely to respond well to TB treatment,” says Jain. And while Jain would like to be able to give his patients more of these lifesaving TB drugs, he says his hospital in Chhattisgarh which serves hundreds of patients everyday, is unable to get it from the government.

One of the first press briefings at the conference last week was GSK’s announcement of their new M72 vaccine for prevention of TB. Although GSK takes credit for the it, the vaccine has in fact received tremendous tax and philanthropic funding from the governments of the UK, the Netherlands, and Australia, and from IAVI and the Bill and Melinda Gates Foundation. It has not been solely funded by GSK.

The company has done a small trial but says they will need more money to do further trials. The NIH also announced a $ 30 million fund for research on TB vaccines.

And yet GSK executives at conference refused to put a price on what the vaccine may cost to patients.

As is the trend with nearly all major drugs, including Bedaquiline and Pretomanid, tax money is often used to develop a drug which is not made affordable to the tax paying public.

Once again, the high prices of these lifesaving TB drugs means that even though India has the highest burden of TB in the world, neither can the Indian patient nor can the Indian government afford to buy them. Otsuka is offering Delamanid at $1,700 (Rs 1,19,887) per course, Bedaquiline at $400 (Rs 28,208) per course and Pretomanid at $364 (Rs 25,670).

Many of these drugs have to be taken in combination with each other, raking up the price of treatment. Treatment can go on for at least six months if not more.  India has, so far, not bought any of these drugs and has taken donations of 22,000 courses of Bedaquiline and 400 courses of Delamanid. Executives at these drug companies told The Wire last week that they are not giving any more donations to India.

With all this fresh money coming in for prevention of TB and no interest so far from India to wrestle down the price of TB treatment with pharma companies, India’s 2.69 million TB patients will be left in the lurch.

“In an ideal world, if the TB budget was adequate, all countries will do everything: They will be able to do prevention and manage active and DR-TB with high quality care and also do active case finding,” says Dr Madhukar Pai, director of McGill International TB Centre.

However, he says, in reality, TB budgets are low and thus “countries have to make hard choices, and most will give priority to correct and active TB treatment, and also improve DR-TB care. If we want developing countries to do more prevention activities, then we need to give them the fiscal space to add these new interventions.”

The Indian government has coined a new slogan this year for its TB campaign: ‘TB harega desh jeetega’ (‘TB will lose, the nation will win’).

Right now, however, the TB bug appears to have the lead in the race to 2025.

Anoo Bhuyan was in Hyderabad reporting as one of ‘The Union’s Media Scholars’ at the 50th Union World Conference on Lung Health.