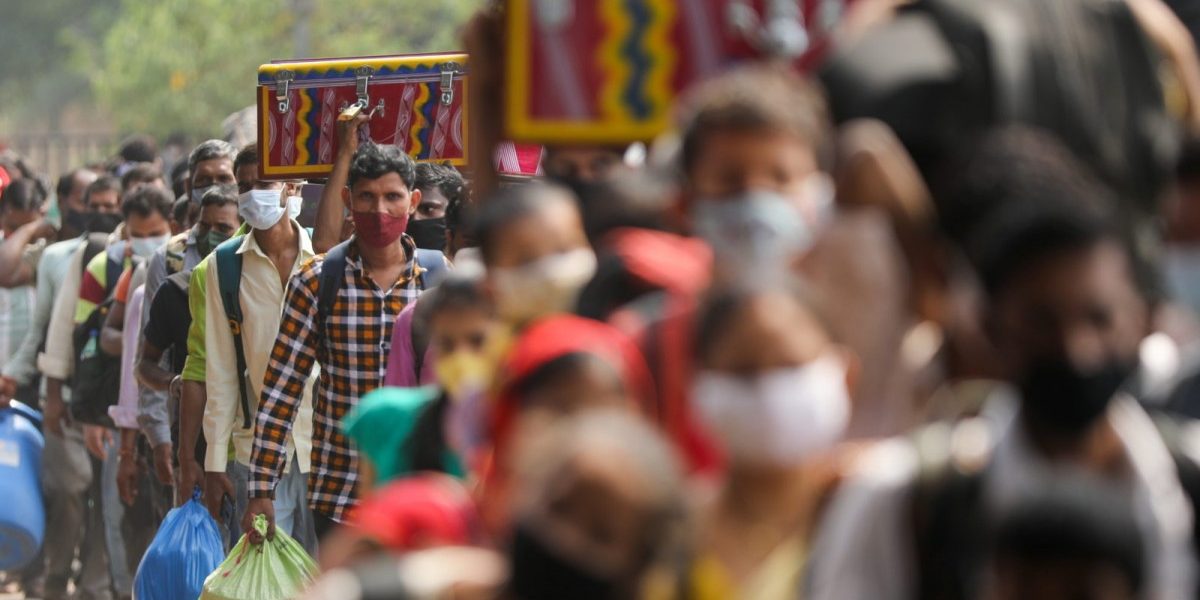 THE WIRE STAFF People in protective masks wait in line at a railway station in Mumbai, April 11, 2021. Photo: Reuters/Francis Mascarenhas

Bengaluru: India has followed one record with another. After reporting 1.52 lakh new cases of COVID-19 on April 10, the country recorded 1.70 lakh on April 11, sending the number of active cases soaring past 11 lakh for the first time since the pandemic began in February last year. With these records, the country almost at Brazil’s place and could become the country with the second-highest case load, behind the US, this week.

India has also reported a little over 900 deaths, another record, taking the total death toll to over 1.69 lakh.

According to the health ministry website, India had also administered 35 lakh doses of COVID-19 vaccines in the last 24 hours until 8 am on April 11, taking the total number of doses delivered past 10 crore. Prime Minister Narendra Modi has urged all those eligible in India to get vaccinated asap in a bid to arrest India’s ‘second wave’, whose peak is already slated to much taller than of the first outbreak.

There is abundant speculation about what could be driving the new outbreak. The first of the two principal suspects is failure to adhere to COVID-19-appropriate behaviour, such as wearing masks at all times one steps out, washing hands as often as possible, conducting social meetings in well-ventilated spaces and maintaining physical distancing. The second is the new variants of the novel coronavirus capable of spreading faster and more able to cause an infection in human bodies.

Gautam Menon, a professor of physics and biology at Ashoka University, Sonepat, wrote for The Wire Science on April 11 that the variants’ behaviour differ significantly from the models that epidemiologists have been using to predict the outbreak’s progression.

“Beyond a point, the conservative assumption of continuity from the past must be abandoned,” he wrote, implying that the ‘second wave’ might as well be the first ‘wave’ of a new phase of the epidemic in India.

While the number of daily deaths has not climbed as drastically as the number of new cases, crematoria facilities in parts of the country have reportedly been overworked. The fairly more urban district of Durg in Chhattisgarh only has eight freezers at its morgue but is also reporting two-digit deaths. “City crematoriums are being used for cremation round the clock,” Times of India reported on April 11.

“As a result, the iron frames on which the bodies are placed inside the gas furnace have started to melt at all crematoriums.”