With 7 deaths per 1,000 live births, Kerala is the only state which has achieved the United Nations’ sustainable development goal in this regard. 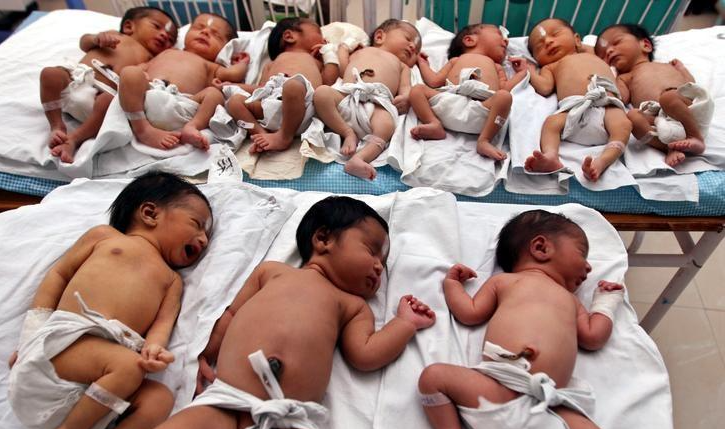 Newly born babies inside a ward at a hospital in Lucknow. Representative image. Photo: Reuters/Pawan Kumar/Files

New Delhi: India’s infant mortality rate (IMR) has improved very marginally from 33 per 1,000 live births in 2017 to 32 in 2018, according to data released by the Registrar General of India, reported the Indian Express. The IMR has declined significantly over the years; in 1971, it was 129.

Madhya Pradesh continues to have the worst IMR in the country at 48 while Nagaland has the best at 4. In fact, MP’s IMR has worsened slightly from 2017 when it stood at 47. The urban rural differential in MP is huge with the rural IMR at 51, while the urban IMR at 32.

Among large states, Kerala is the best performer being the only state with an IMR in single digits at 7. It is also the only state which has now achieved the United Nations’ sustainable development goal in this regard.

Also read: Here’s Why India Has One of the Highest Rates of Infant Mortality in the World

The largest decline in IMR has been registered by Mizoram with a decline from 15 to 5. Undivided Jammu and Kashmir has also seen a decline and is at 22, well below the national average of 32.

Child and infant mortality continues to be a massive problem in India despite improvements over the years. An estimated 8,82,000 children under the age of 5 died in 2018 in India.

The registrar also released data for death and birth rates. While India’s birth rate stood at 20, the death rate was 6.2. Chhattisgarh has the highest death rate in the country at 8, while Delhi has the lowest at 3.