Through the National Medical Commission Bill, the government appears to be taking the easy way out and creating a new institution rather than reforming an older one. 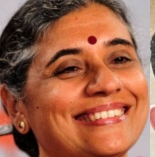 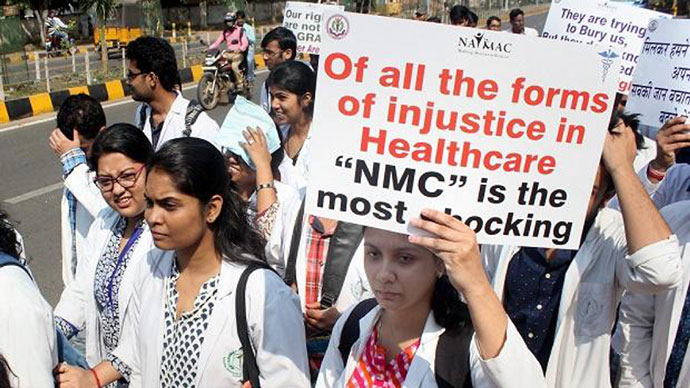 After a year of drafting the Bill, its passage has been stalled mainly as a result of resistance from the professional community. Credit: PTI

The Bill to create the National Medical Commission was introduced in the Lok Sabha on December 29 and was to be discussed in early January. However, the Indian Medical Association (IMA) and several senior professionals have opposed it across the country. Even when the Bill was first drafted by the NITI Aayog in 2016, the IMA had expressed its reservations on several of its provisions. While the government is keen to enact it, the power of the medical profession cannot be underestimated.

After a year of drafting the Bill, its passage has been stalled mainly as a result of resistance from the professional community. The Bill could not be tabled as planned and has now been referred to the Parliamentary Standing Committee on health for making amendments.

The impasse that has ensued is due to a number of factors that are systemic to the medical profession, education and institutions. It is well known that corruption is quite rampant within the medical profession and the Medical Council of India (MCI) did not play a proactive role towards weeding it out. Over the years, the MCI itself was allegedly controlled by a ‘medical mafia’ that had managed to cultivate politicians at the local, state and central levels. Thus, the MCI had deep roots that were entwined with political parties at the state and national levels. Given this rather grim scenario, the present government had two options on restructuring the MCI for transparency and accountability.

Firstly, it could have used the report of the Parliamentary Standing Committee on the MCI to implement some of their recommendations. Secondly, an independent audit of the MCI could have been done and action taken against those who were responsible for corruption. However, instead of reforming the existing MCI, the present government has decided to dismantle and replace it. This itself is an indication that it is easier to create a new institution rather than reform the older ones. The individuals who were responsible have not been punished but instead are occupying positions as leaders of the medical community at the global level. The inability of the government stems from the fact that the ‘medical mafia’ that controlled the MCI had the support of the political class at the local, state and national levels.

The reform of the MCI cannot be reduced to a mere bureaucratic exercise. Across the world, the reform of medical practice and education has been possible only when the medical professionals have taken the leadership. The IMA and other professional bodies have, however, failed to initiate self-introspection and regulation. By not getting their act together, the medical profession has given the bureaucrats the power to regulate. If the professionals had been proactive, they could have initiated processes within their community for self-regulation to control corruption. Neither the IMA nor other professional organisations condemned the deep-rooted corruption among their members or in the MCI. Instead, they defended and protected them. The case of Dr Ketan Desai exemplifies this.

The National Medical Commission Bill has been criticised on several counts. This includes the constitution of the board and advisory council. At present, the space for elected representatives does not exist and the appointment of members is bureaucratised. Since health is a state subject, the Regional Medical Councils (RMCs) have to be given their due place and powers. The NMC cannot dictate to RMCs, there has to be a two-way flow of communication and accountability.

The medical professional bodies have raised an objection to AYUSH practitioners being allowed to prescribe allopathic medication. The present regime has given political support to Ayurveda and urged greater investment in it. What is the logic behind the recommendation of the NITI Aayog to allow Ayurvedic practitioners prescribing allopathy? It is well-known that the market for Ayurvedic products and services has expanded during the last few decades.

Is it the case that these pressures are playing their role in expanding opportunities for employment in the public health services. The National Rural Health Mission had opened opportunities for employing AYUSH doctors in government facilities but they were not allowed to prescribe allopathic medication. This was a source of great frustration for those who were posted in the health centres. The norms for prescribing medicines and interventions need to be reviewed for doctors across systems of medicine and also for nurse practitioners.

The most important failing of the NITI Aayog in the drafting of this Bill is the lack of a wider consultation with professional organisations and civil society to arrive at a consensus. In the long run, the complex issue of regulation and accountability of medical practice and education cannot be addressed by bureaucratic and political diktats.