The spread of the coronavirus epidemic in India looks almost unstoppable. 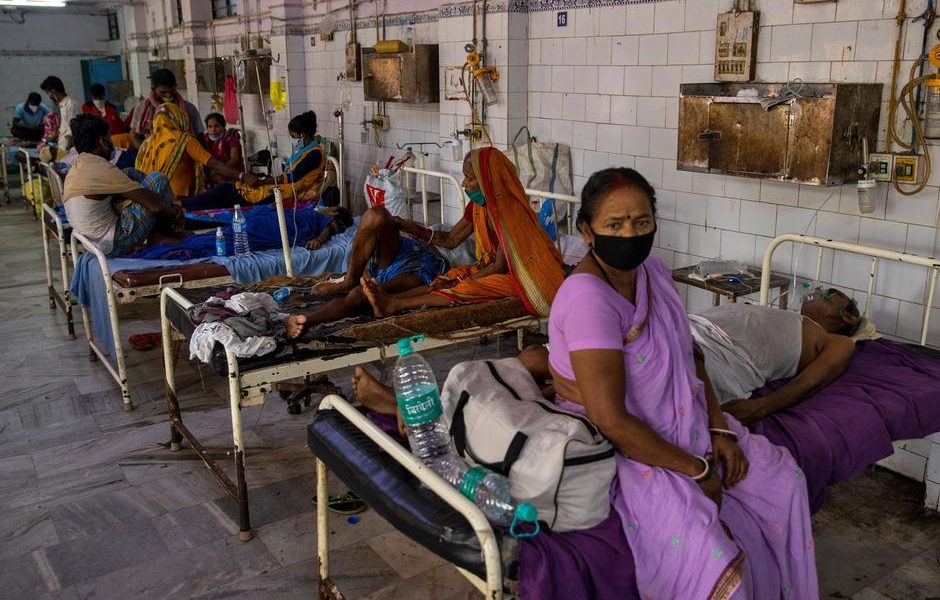 The first case of a novel coronavirus infection was reported in India on January 30. On March 10, total reported cases were just under 50. Five months later, on August 10, the country had a total of 22,67,153 reported cases. This was the third highest cumulative case count in the world. Today, it is over two and a half million

On its way to this position, India has overtaken some of the countries that had witnessed the most severe outbreaks of the pandemic in the previous five months: Iran, Italy, Russia, Spain, the United Kingdom.

What is surprising, of course, is that India has implemented one of the most stringent lockdowns in the world. And yet, the number of cases is climbing up in an almost unstoppable fashion, month after anxious month.

Today, only two countries in the world have registered a higher number of COVID-19 cases than India: the United States at a total of 55,20,316 and Brazil with a total case count of 32,82,101.

The situation with respect to the total number of reported COVID-19 deaths is equally grim in India. At 50,084 as of August 16, India’s total COVID-19 death count was the fourth highest in the world. Only the United States, Brazil and Mexico have reported a higher number of COVID-19 deaths than India.

Perhaps nothing captures the almost inexorable spread of the pandemic than the steady climb of the number of new cases reported daily. Using data from the Our World in Data website, Figure 1 plots the 7-day moving average of the daily count of new reported COVID-19 cases for the 5 countries with the highest number of total COVID-19 cases: United States, Brazil, India, Russia, South Africa. 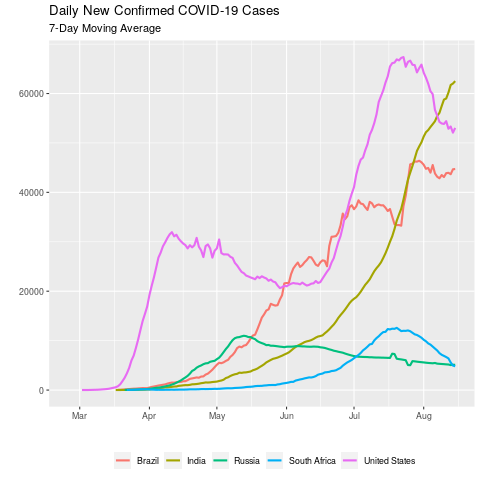 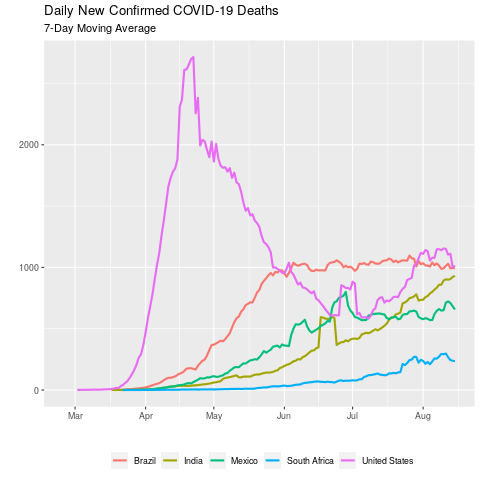 From Figure 2, we see that India has the third highest daily new confirmed COVID-19 deaths in the world. For instance, on August 10, the 7-day average of new COVID-19 deaths was 1154 in the United States, 992.1 in Brazil, 893 in India, 650.3 in Mexico and 291.7 in South Africa. The 7-day moving average of daily COVID-19 reported death count seems to have stabilised in the United States and is falling slowly in Brazil. Since India’s trajectory is rising steadily, it seems likely India will cross these two countries in terms of daily COVID-19 reported deaths also. 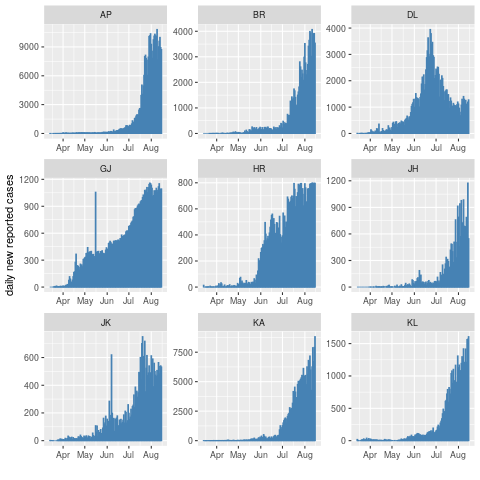 The depressing country-level picture of the COVID-19 pandemic in India is corroborated by state-level trends. Figure 3 and 4 plot the daily new reported COVID-19 cases in 18 of the top Indian states. Among these 18 states, there are only two states which have witnessed a steady and consistent decline in the number of daily reported COVID-19 cases: Delhi and Jammu & Kashmir. Daily new reported cases have been on a steady upward trajectory in all the other 16 states. Even Kerala, Punjab and Odisha, which were doing relatively well in the early stages of the pandemic have been witnessing steadily rising number of daily new reported cases. One day after India celebrated its Independence day, its citizens will have very little reason to be confident that the authorities are dealing with the COVID-19 pandemic in an effective manner. The evidence points strongly in the opposite direction.