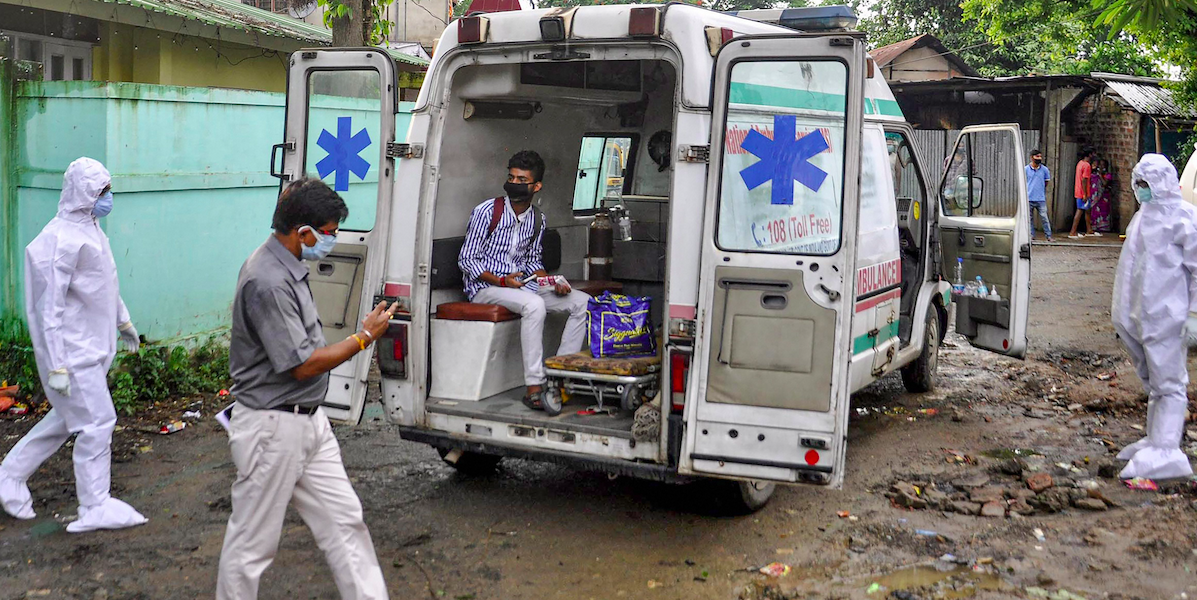 New Delhi: India’s COVID-19 tally breached the three-lakh mark on Saturday with a record single-day spike of 11,458 infections, while the death toll rose to 8,884 with 386 new fatalities, the Union health ministry said.

With a COVID-19 caseload of 3,08,993, India is now on its second day as the fourth worst-hit nation by the pandemic, according to Worldometer, a coronavirus statistics website.

India has taken 134 days to reach the 3 lakh mark, from the day the first infection of a Wuhan returnee was reported on January 30. However, in the past 10 days, India’s case count has jumped from 2 lakh to 3 lakh.

Active cases stand at 1,45,779, while 1,54,329 people have recovered and one patient has migrated, according to the health ministry’s numbers. The total number of confirmed cases include foreigners.

Of the 386 new deaths reported by the ministry in data updated at 8 am, 129 were in Delhi, 127 in Maharashtra, 30 in Gujarat, 20 in Uttar Pradesh, 18 in Tamil Nadu, 9 each in West Bengal, Telangana and Madhya Pradesh, 7 each in Karnataka and Rajasthan, 6 each in Haryana and Uttarakhand, 4 in Punjab, 2 in Assam, 1 each in Kerala, Jammu and Kashmir and Odisha.

A day after the MCD claimed that the COVID-19 death toll in Delhi stood at 2,098, nearly double of the official figures shared by the city government, Delhi health minister Satyendra Jain on Friday said, “let them send the details to us”.

On a question on COVID-19 death toll claimed by the civic bodies, he said, all COVID-19 protocol are being followed in cremation or burial of bodies of people who were infected by the virus or suspected to have been affected.

Senior leaders of the three BJP-led municipal corporations on Thursday had claimed that over 2,000 COVID-19 deaths have taken place in Delhi, while the official tally stood at 1,085 as reported on Thursday.

“If that is their claim, then let them send us the details, like age, medical history, test reports. Every death count must have corresponding documents to back the death, otherwise they are just figures,” Jain told reporters.

Brazil’s COVID-19 death toll overtook Britain’s on Friday to become the second highest in the world with 41,828 dead, but the World Health Organization said the nation’s health system was standing up to the pressure.

“The system as such from the data we see is not overwhelmed,” the WHO’s top emergencies expert Dr. Mike Ryan said, with few areas of Brazil using more than 80% of their hospitals’ intensive care bed capacity.

The Ministry of Health reported on Friday a cumulative total of 828,810 confirmed cases of coronavirus, with 25,982 new infections in the last 24 hours, and another 909 deaths, numbers second only to the United States.

The Americas are bearing the brunt of the global coronavirus pandemic at present, the World Health Organization (WHO) said on Friday, with North and South America currently having four of the 10 worst hit countries in the world.