The number of total confirmed cases in India has climbed to 1,45,380. 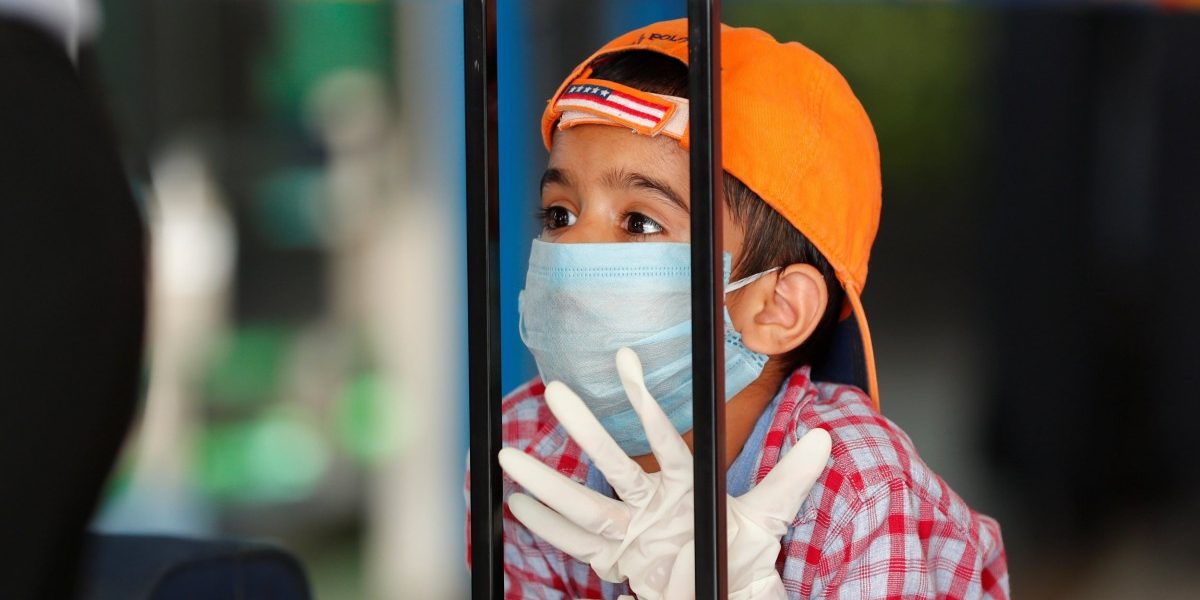 A child wearing a protection mask and gloves is seen at Indira Gandhi International (IGI) airport, after the government allowed domestic flight services to resume, during an extended nationwide lockdown to slow the spread of the coronavirus disease (COVID-19), in New Delhi, India, May 25, 2020. Photo: Reuters/Adnan Abidi

On May 25, India joined the list of the ten countries worst-affected by the pandemic. In terms of daily increase in number of cases, India now ranks fourth – after the US, Brazil and Russia.

The number of active COVID-19 cases in India has climbed to 80,722. As many as 60,490 people have recovered, the health ministry said.

“Thus, around 41.61% patients have recovered so far,” a senior health ministry official said. Though official spokespersons have been highlighting the Indian recovery rate, they do not mention that the global recovery rate is also the same or slightly better. On May 25, 41.84% of all those infected with the novel coronavirus around the world had recovered.

Of the 146 deaths reported since Monday morning, 60 were in Maharashtra, 30 in Gujarat, 15 in Delhi, 10 in Madhya Pradesh, seven in Tamil Nadu, six in West Bengal, four each in Uttar Pradesh and Rajasthan, three in Telangana, two each in Himachal Pradesh, Jammu and Kashmir and Karnataka and one in Kerala.

The death toll reached 44 in Karnataka and 40 in Punjab.

Jammu and Kashmir has reported 23 fatalities due to the disease, Haryana has 16 deaths, while Bihar has registered 13 and Odisha has seven deaths.

Chandigarh and Uttarakhand each have recorded three COVID-19 fatalities each, while Meghalaya has reported one fatality so far, according to the ministry data.

More than 70% of the deaths are “due to co-morbidities”, according to the ministry’s website.

Also read: After the Lockdown Relief Package, What Comes Next for the Indian Economy?

Haryana has reported 1,184 coronavirus infection cases so far, while Kerala has 896 cases. A total of 526 people have been infected with the virus in Assam and 377 in Jharkhand.

Uttarakhand has 349 cases, Chhattisgarh has 291, Chandigarh has reported 238 cases, Himachal Pradesh has 223, Tripura has 194 and Goa has registered 67 cases so far.

Ladakh has reported 52 COVID-19 cases, Puducherry has 41 instances of the infection, Manipur has 39 while Andaman and Nicobar Islands has registered 33 infections.

“2,970 cases are being reassigned to states,” the ministry said on its website, adding, “Our figures are being reconciled with the ICMR.” State-wise distribution is subject to further verification and reconciliation, it said.

Glenmark Pharmaceuticals Ltd said on Tuesday it will begin a new clinical trial in India to test a combination of two anti-viral drugs – favipiravir and umifenovir – as a potential COVID-19 treatment.

The study will look to enrol 158 hospitalised patients of moderate COVID-19 in India, the company added.

Last month, Glenmark said it would conduct clinical trials in India of just favipiravir as a potential treatment for COVID-19.

WHO warns of ‘second peak’ in areas where COVID-19 declining

Countries where coronavirus infections are declining could still face an “immediate second peak” if they let up too soon on measures to halt the outbreak, the World Health Organisation said on Monday.

The world is still in the middle of the first wave of the coronavirus outbreak, WHO emergencies head Dr Mike Ryan told an online briefing, noting that while cases are declining in many countries they are still increasing in Central and South America, South Asia and Africa.

Ryan said epidemics often come in waves, which means that outbreaks could come back later this year in places where the first wave has subsided. There was also a chance that infection rates could rise again more quickly if measures to halt the first wave were lifted too soon.

“When we speak about a second wave classically what we often mean is there will be a first wave of the disease by itself, and then it recurs months later. And that may be a reality for many countries in a number of months’ time,” Ryan said.

“But we need also to be cognisant of the fact that the disease can jump up at any time. We cannot make assumptions that just because the disease is on the way down now it is going to keep going down and we are get a number of months to get ready for a second wave. We may get a second peak in this wave.”