The burn ward in Chitrakoot district hospital reflects the abysmal state of rural healthcare in the state. 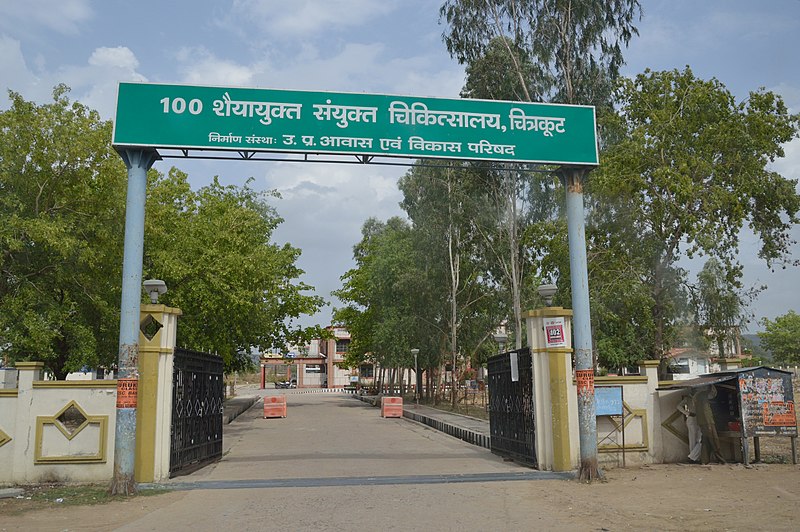 Chitrakoot: It is painful to wonder about the histories of the patients, skin-less and often limb-less, as you walk through Ward Number 6, the burn ward of Chitrakoot’s ‘100-Beded Combined’ district hospital in Uttar Pradesh. And the power and staff shortages, dysfunctional fans and unavailability of medicines do not make the experience any easier.

The March directive from the Allahabad high court, with its impressive 21-point list of suggestions for overhaul for a ‘Ram Bharose’ state healthcare structure, certainly hasn’t reached this district hospital. Neither have officials for that matter, who are probably not spending much time with public healthcare in any case. The national media and Uttar Pradesh’s cabinet may have shown some semblance of shame with regards to the state of public health in UP, especially after the August 2017 tragedy in Gorakhpur’s BRD Medical College Hospital. But in this Chitrakoot burn ward, just like in hundreds others across the district, the collective memory of Gorakhpur’s neglected infant patients, plays no reparative role.

Uma Rani, a burn survivor who can barely speak, says the ward is hot and extremely uncomfortable. Her attendant Manish, is dressing her wounds as he shares a shocking fact with us: “There is often no one available to do the dressing when it’s required, so I do it myself.” He has been acting as a full-time nurse to Uma for the last one month. “We get some ointment from the hospital, but for bandages or anything else we need, I go and buy it from the market in Karwi,” he replies to our question about kharcha (expenditure), one that plays strong on minds and emotions at a rural district hospital, “I spend Rs 600 a day on this.”

Kusum, another attendant, shows us a package of daily injections and medicines that she buys from the market. “I spend Rs 3,000 everyday on everything we need,” she says, acerbically. Ram Dulari, another patient, likens herself to a fish out of water, ceaselessly moving, ceaselessly in discomfort, writhing in pain, as the fans whirr to a halt, once again. “If there is power, then it’s alright, but if there isn’t, it’s unbearably hot,” she says. And more often than not, there isn’t power, as Kusum describes, “Patients and their attendants use their mobiles and fans (brought from home) to manage. There’s no back up here, nor is anyone ready to listen to our complaints.”

Attendant Avadh Kishor says the lack of power – no fans or air-conditioning – in this heat translates to excessive sweat that render the burn survivors’ wounds wet and hence, harder to heal, not to mention making them susceptible to infection – implying longer spells of pain and discomfort. Kishor sums up the scenario thus: ‘There are six beds in this ward, with four fans, of which two are working.’

The chief district medical officer, N.K. Gupta, the man who should take responsibility for the state of affairs at the district hospital, has more to say about the ‘chori-chamari’ reputation of Chitrakoot – an unforgivably casteist description of a dangerous, criminal region – than anything else. The reason for this is that the air-conditioner at the burn ward was apparently stolen. This is the issue he’s keen to resolve, and soon – “The AC guys are right outside,” he informs us. We can’t ascertain that, but when we went back for our follow-up report a few days later, there indeed was a shiny new air-conditioner in place.

The dysfunctional fans, the inadequate staff and the lack of medicines were all par for the course. “We’re a bit short-staffed, so people from the Operation Theatre have to come and do the dressing. Sometimes, if a patient is in a hurry or in trauma, they prefer that their attendant do the dressing. And if someone is going out to buy medicines, they shouldn’t be,” affirms Gupta.