'Clarification' came after health ministry contradicted what the BJP said about an 'ICMR study'. But even then, no explanation was offered for why daily cases were projected to grow by 41% in the absence of a lockdown. 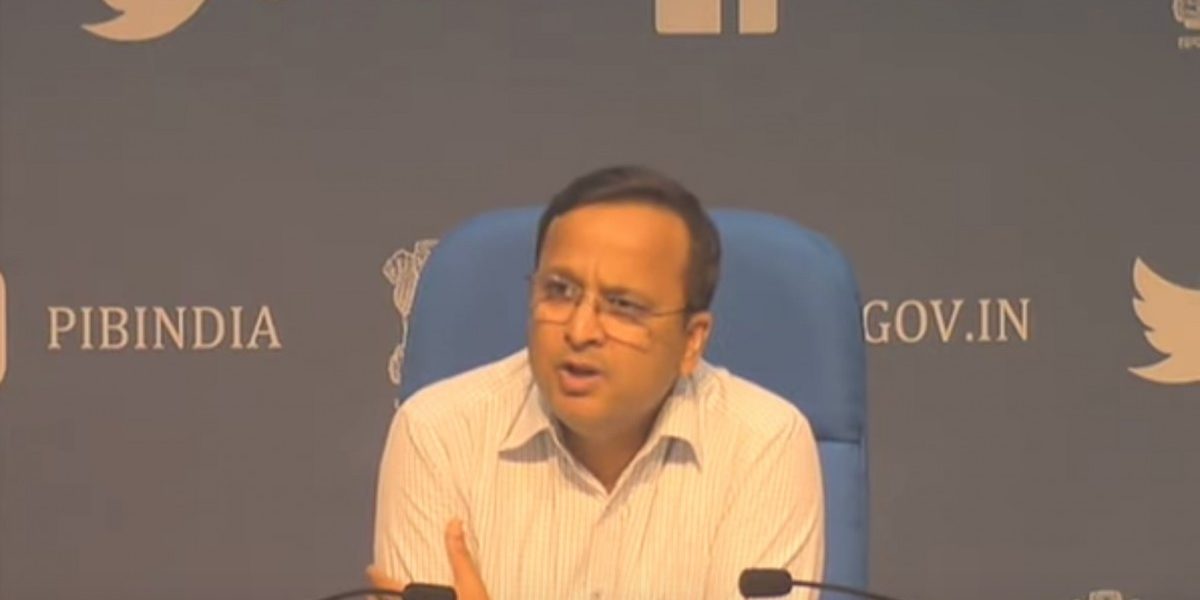 Health ministry joint secretary Lav Agarwal, the Government of India's public face for the COVID-19 crisis, at the daily press briefing on April 11, 20120.

New Delhi: A day after saying there was no “report” by the Indian Council of Medical Research (ICMR) which had predicted 8.2 lakh COVID-19 positive cases in the country by mid-April in the absence a lockdown, the health ministry on Saturday did a U-turn and claimed this number was part of “statistical analysis” done on the basis of different rates of growth.

On Friday, the Union health ministry’s joint secretary, Lav Agarwal, had denied the existence of  the “ICMR research” cited by the ruling party’s IT cell chief Amit Malviya and even government officials as justification for initiating the lockdown at short notice.

However, a day later, Agarwal, in his opening remarks, went back and claimed that while there was no ICMR ‘study’, some analysis to that effect existed.

“Yesterday, I was asked a question that there was an ICMR study and I had told you that there was no such study by ICMR. But I want to bring to your attention that actually, it was an analysis of rate of growth of cases,” he said on Saturday.

He said that as per some “statistical analysis conducted by us” (by whom exactly, he would not say) , there would have been a total of 8.2 lakh cases by April 15 if there were no lockdown or containment measures and COVID-19 cases had grown at a daily rate of 41%. “This is an analysis of cases based on statistical understanding, not ICMR study”.

However, he did not explain why a daily growth rate of 41% was applied for this scenario, as opposed to a lower or higher rate.

All Agarwal would say was that the highest daily growth rate of cases recorded prior to the lockdown on March 25 was 28.9%. Using this growth rate for a scenario where India implemented only containment measures and not a lockdown, India would have had 45,000 cases today instead of the 7,447 cases it did in reality. And by April 15, the figure would be 1.2 lakh cases “if only containment measures and no lockdown had been implemented”, he claimed. The PIB later tweeted a graph with these projections.

Again it is not clear why the highest pre-lockdown growth rate (of 28.9%) was not used for the ‘business as usual’ scenario of no containment and no lockdown, instead of the 41% that was applied.

Even assuming this analysis is correct, the claim made by the BJP that the lockdown lone saved India from having 8.2 lakh COVID-19 cases by April 15 appears to have no basis.

The ministry of external affairs had also cited the figure of 8.2 lakh positive possible cases if there had been no lockdown at a briefing for foreign media on Thursday.

“Let me put this another way: without the lockdown, we could have had upto 820,000 cases by 15 April. With the lockdown, we are at around 6,000 cases currently. More importantly, the cases are largely localized to 78 districts that account for over 80% of the cases,” said MEA secretary (West), Vikas Swarup.

According to Indian Express, Swarup was asked about the source of this figure and claimed that it was based on an ICMR study.