In Photos: Of Cremations, Hazmat Suits and ‘Respectful Funerals’

Chaos reigns at Nigambodh Ghat, Delhi’s oldest crematorium, as the bodies of those who succumbed to the coronavirus are rushed through identification and last rites. 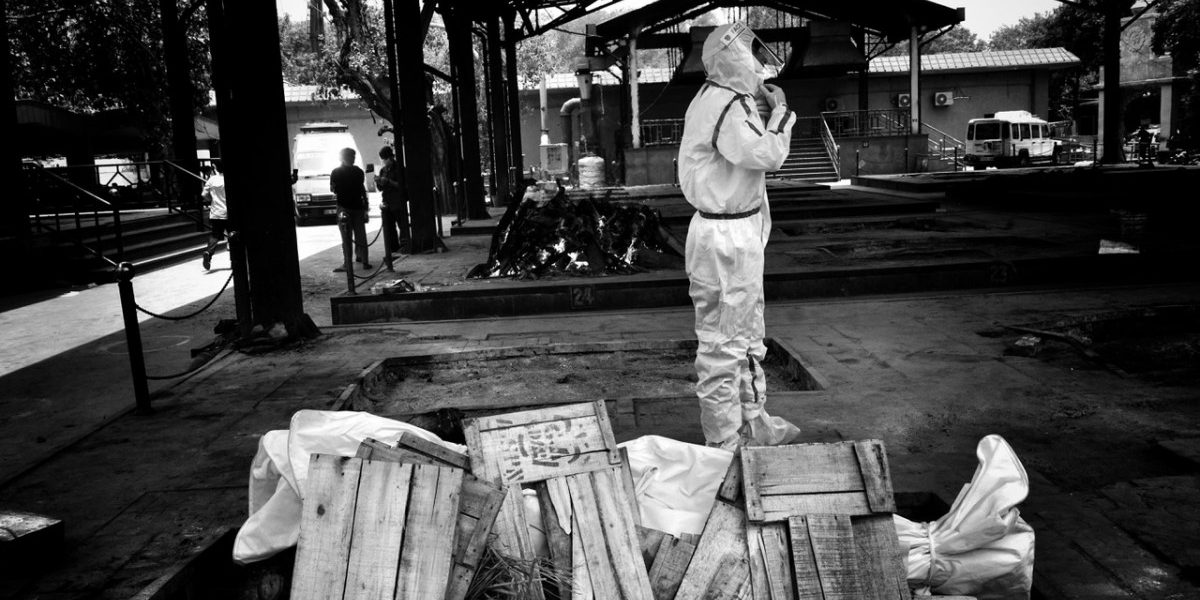 New Delhi: The sun was up and temperatures were soaring in Delhi – it touched 42 degrees centigrade that day. In the northern fringe of the city, workers in Delhi’s oldest crematorium, Nigambodh Ghat, located on the banks of the river Yamuna, were trying to provide “respectful funerals” for those who had died of COVID-19.

“Respectful funerals.” This is what motivates 50-something Daya and his exhausted colleagues to labour through their 16-hour-long working days at the crematorium. These two words have stuck with me ever since Daya said them, because the one thing the coronavirus pandemic has taken away from human beings is dignity, both in life and in death.

As I pondered Daya’s words, an ambulance arrived. The people around me screamed, “Corona body, corona body” as the door opened and a man in a hazmat suit jumped out. Bodies were piled inside the ambulance. A corpse being taken to the CNG furnace. 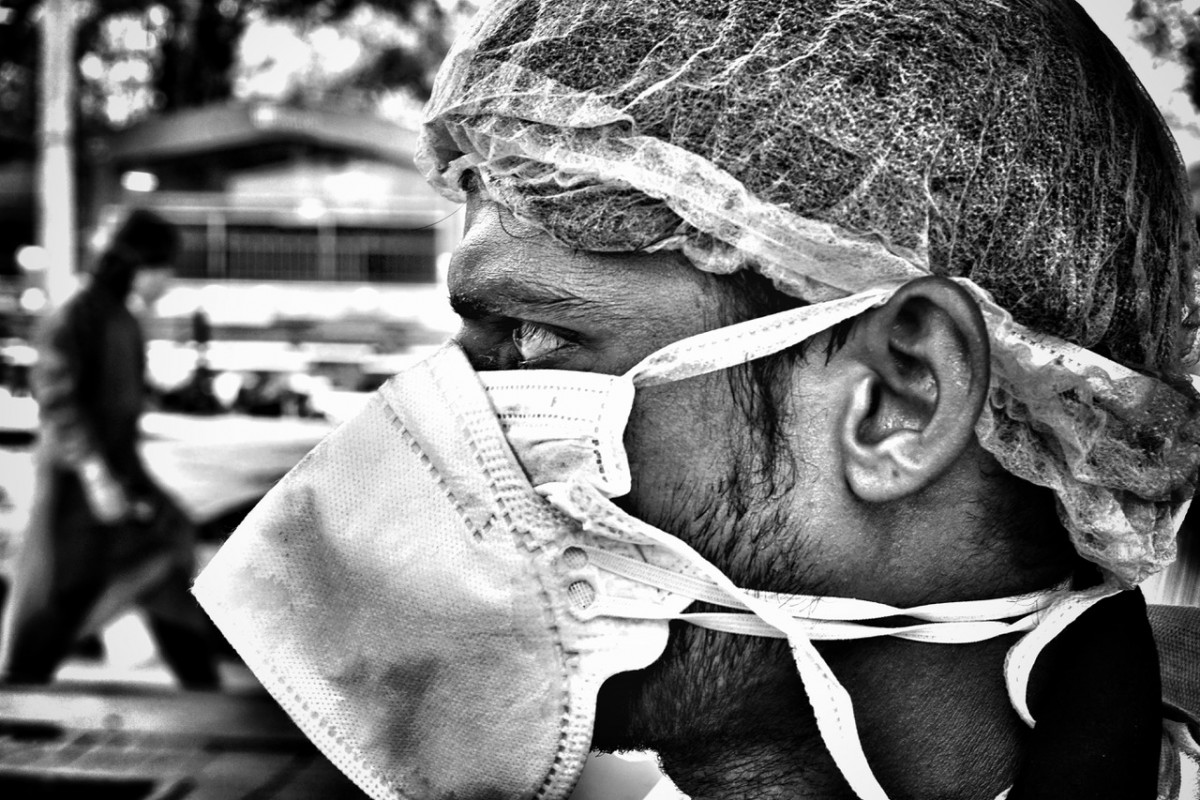 As the day went by, many more ambulances made their way into the crematorium. The bodies that emerged had been collected from hospitals around the city. Each person in the ambulances had succumbed to the virus.

“We do a risky job; we know that. But we try to give a proper funeral to patients who unfortunately died due to the virus. We try to work with dignity, since even their families refuse to come close,” said an exasperated worker at the crematorium.

One section of the crematorium has been dedicated to COVID-related funerals. Fights often break out between health workers and family members over the handling of the bodies. R.V. Sharma’s family members mourn his death due to COVID-19. Ravi Sharma, whose 65-year-old father R.V. Sharma passed away due to the virus, was still in a state of shock. Five days earlier, his father had been taken to the ICU. The next time Sharma heard about him, it was via a phone call from Nigambodh Ghat, asking if he would like to participate in his father’s last rites.

The late Mr Sharma had been at home when the lockdown was announced. So how could he have got such a deadly infection, his son wondered.

Ravi got to the crematorium at 10:30 am. The first thing he needed to do was find his father’s body. After a tedious search, he discovered it inside an ambulance. His mother broke down as the body was taken to the wooden pyre. Bodies stacked in an ambulance. 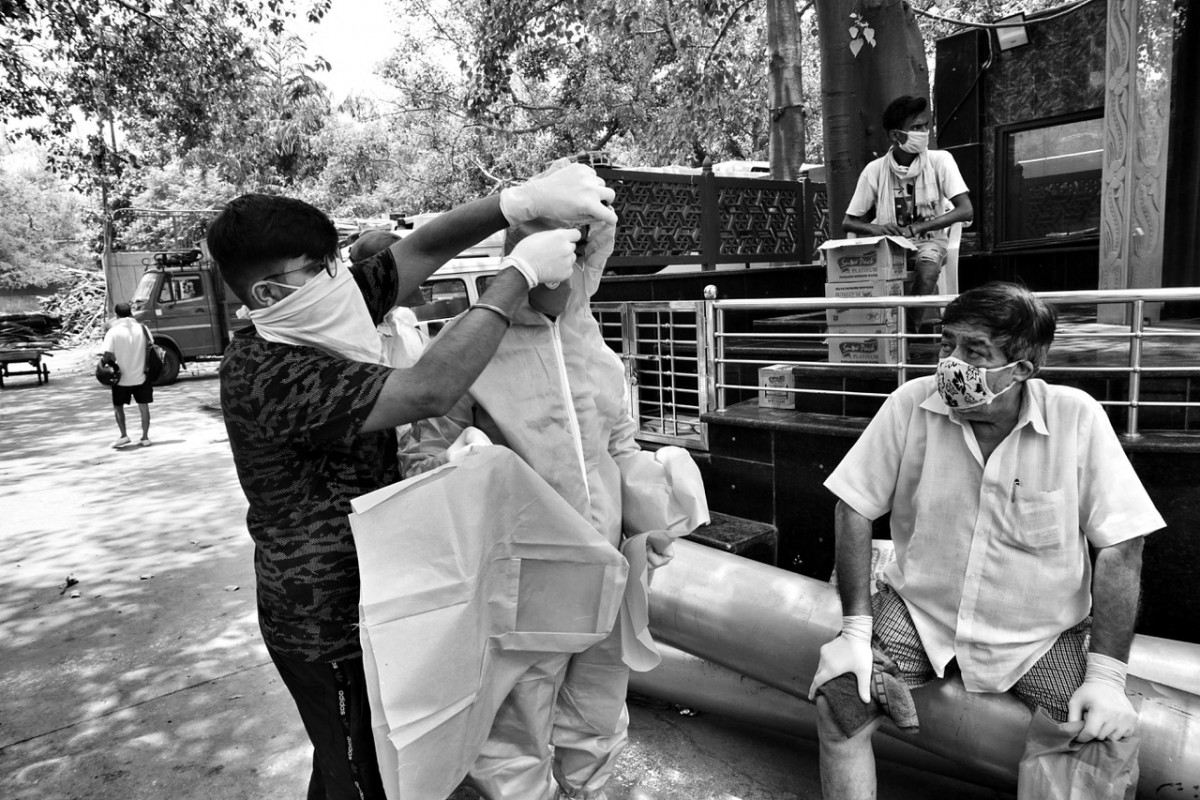 An unidentified body which was going to be burnt.

Meanwhile, Vikas, here for the funeral of 75-year-old Shanti Devi, swore his relative could not have died from COVID-19, no matter what the death certificate said. Shanti Devi had suffered a sudden breathlessness, but no fever. She had been taken to a hospital where she passed away within two days. The hospital must have made a mistake, Vikas insisted. Or perhaps Shanti Devi picked up the infection at the hospital itself.

Ten days ago, Prem, a resident of Rani Bagh in West Delhi, had complained of a high fever, breathlessness and body ache. Health workers tested the entire family and took Prem to LNJP Hospital, where he passed away. Prem’s family paid Rs 1,000 for the CNG cremation process and even bought a hazmat suit from the crematorium to do the last rites, although they didn’t know where Prem’s body was. It could have been in any of the ambulances and hearses parked at Nigambodh. Records are in disarray, nobody knows anything and chaos is in charge at the crematorium.

There are no ice slabs to keep the bodies from decomposing, said a health worker who did not want to be named.

It seems this will be a long summer. 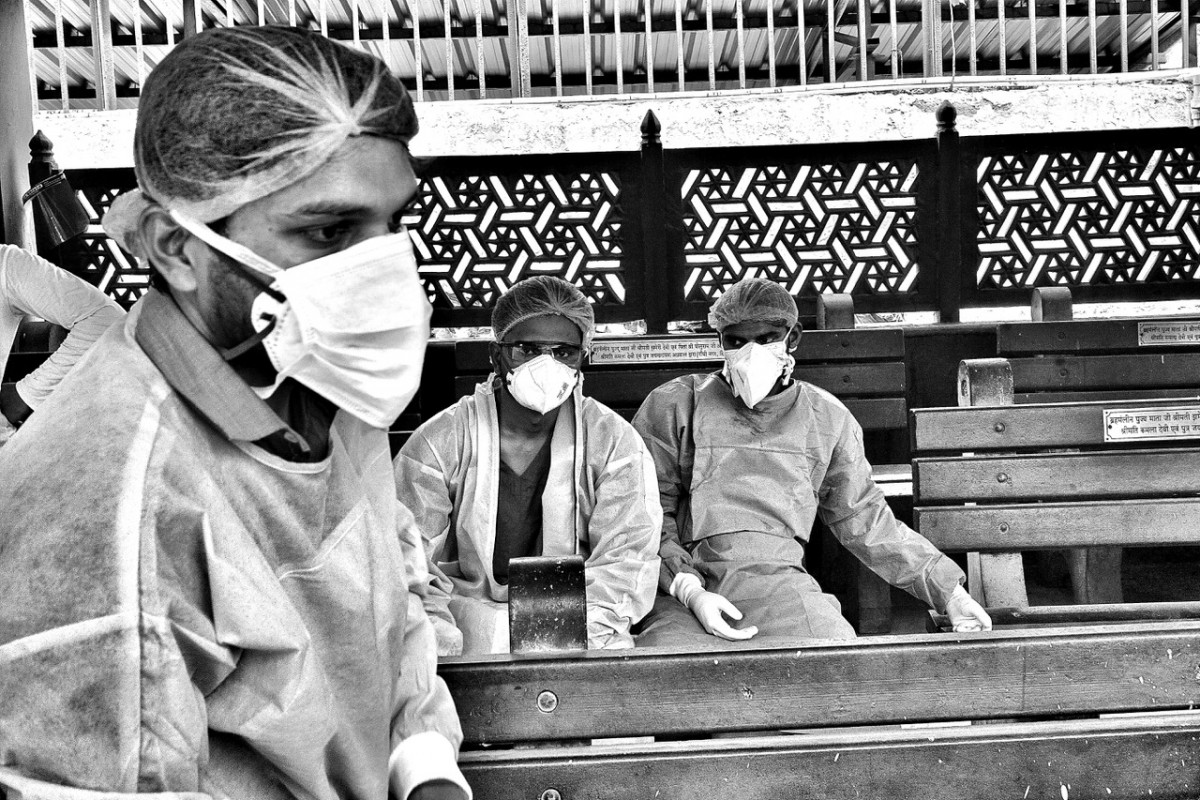