As a culture, we don’t do well with death. Maybe we can bring up our children with different examples of how to cope with death than the ones we were given by our parents. 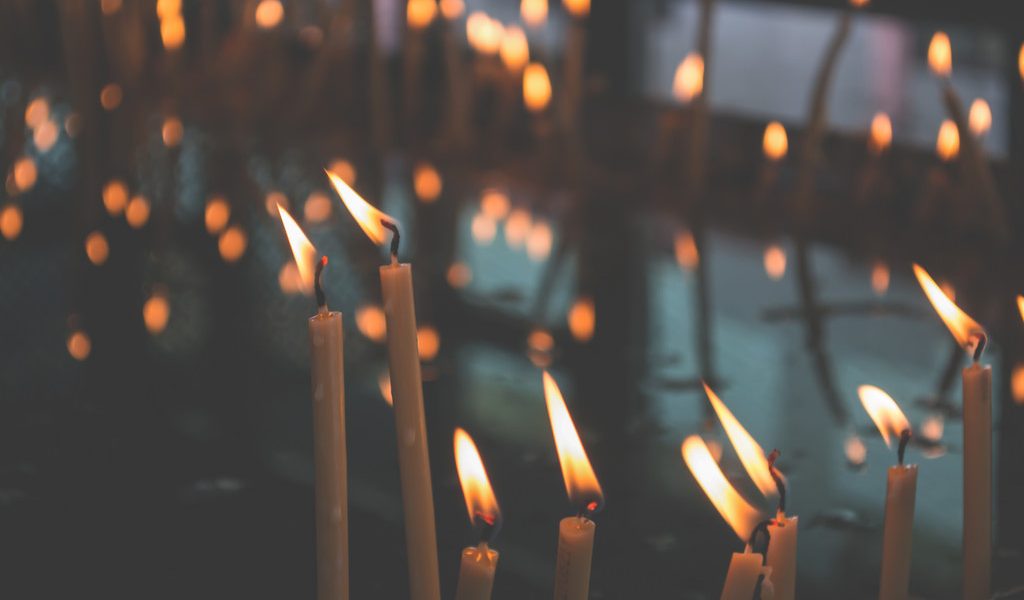 When our 29-year-old daughter died suddenly and unexpectedly in July, we were struck by the wide range of responses we experienced from friends, neighbours and acquaintances. Though profoundly disabled, Moy Moy was something of a celebrity both in India and abroad. People who had never even met her dropped everything to attend her funeral and the memorial event a few days later. For weeks and months, we received visits, flowers, cards, calls and emails from around the world.

It was incredibly helpful during a time of emotional agony (and that’s not too strong a word). We felt, and still feel, like we were drowning in the sea of our own grief and it would be a message at four one afternoon, a note on a particularly desperate Saturday or a phone call late one evening that proved, each time, to be the life preserver we clung to as we were battered by waves of sadness. 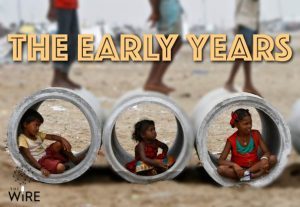 Dismayingly, however, some of our close friends barely connected with us. After the initial condolences, there was no further contact. Some never called or wrote at all. Some waited months before reaching out, finally doing so only when I wrote to them to make sure that they had heard the news.

Over and over, I heard the same explanations: “I didn’t know what to say.” “I thought if I said anything, it would just upset you.” “I didn’t want to remind you of your loss.”

The first excuse was the most honest, I thought. The other two actually should have gone like this: “I thought if I said anything, it would just upset me.” “I didn’t want to remind myself of my own losses.”

As a culture, we don’t do well with death. Though we know intellectually that it is the central fact of the human condition and inevitable for all of us, we prefer to avoid it. We don’t even like the word. We say “passed away”, “crossed over”, “gone to sleep” or “departed”. The messiness and the raw emotion of death makes us uncomfortable and the more educated and sophisticated we become, the less we can deal with the wild frenzy and loss of control that grief creates.

Also read: Do Prisoners Get More Time Outdoors Than Our Kids?

So we are often isolated when we lose a loved one. The messages we get from the world (from the people who avoid you, the people who don’t call, the people who look away or change the subject when you mention your loss) are clear: Pull yourself together. Be strong. You should be over it by now. People are depending on you. You have to be brave.

Maybe it’s too late to change ourselves. But maybe we can do better by our children.

Maybe we can bring up our children with different examples of how to cope with death than the ones we were given by our parents. Maybe we can help them to accept their grief and learn to live with it. Maybe we can teach them to be less afraid of the fate that awaits us all.

My grandmother died when I was nine and it felt like the world had ended. I alternated between crying myself to sleep at night and waking in terror that someone else in the family had died. I began thinking about the concept of eternity and trying desperately to understand what life after death could possibly mean. I wasn’t unusual. Children think more deeply and profoundly than we realise. Though we were all children ourselves at one time, most of us forget what we were once capable of.

My parents helped me through that time by acknowledging my sadness and holding me close when I cried, by allowing me to sleep in their room when I was afraid and by never, ever belittling my feelings or my fears. They let me know that they felt sad and afraid sometimes too.

My parents taught me what to do in other ways as well. I watched them sit with grieving friends, overheard them on the phone “just calling to see how you’re doing,” saw the box of sympathy cards they always had in stock. I attended wakes and funerals with them from a young age and I watched them embrace their friends and say soothing, meaningless things. The words were irrelevant. All that seemed to matter was their presence.

Also read: Why It’s Important for Children to Do Household Chores

Children are observing us all the time. Pretty much nothing that we do escapes their notice. When we avoid going to a funeral or a chautha, they pay attention. When we find a reason not to pay a visit, they watch us. And when we avoid friends who have suffered a terrible loss  – believe me: they are taking notes.

When Moy Moy died, my friends Ritu and Anshul came rushing from Gurgaon to Dehradun to attend her funeral. Their two young daughters and I are close. One of them sent me a picture she had drawn. 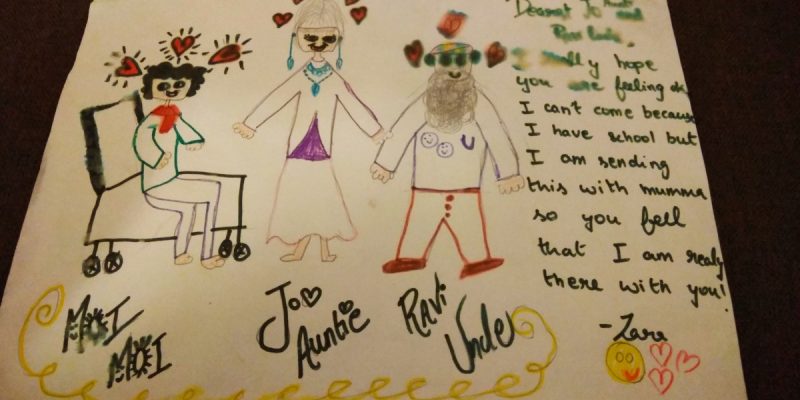 I was so moved by her instant desire to reach out to comfort me, by the way she included Moy’s disability in the picture and by her understanding that what I needed most was to feel that she was “really there with me.”

When I met Zara and her sister Saisha for the first time after Moy Moy’s death, they were nervous. “They aren’t sure what to say,” their Mom told me. It didn’t matter. All that mattered to me at that moment was that they wanted me to feel better.

When we lose a loved one, there are no words that will make it right. My daughter is dead.

I will never see her again. How can anything anyone says help? All that matters is that my friends don’t leave me alone. Children seem to understand this instinctively. Zara and Saisha got it on their own. But it’s their parents who are teaching them to trust those instincts.