I’m surprised that none of the Indian experts and doctors have ever referred or mouthed Fauci’s views or extrapolated his views for our context, leave alone tap his ideas. 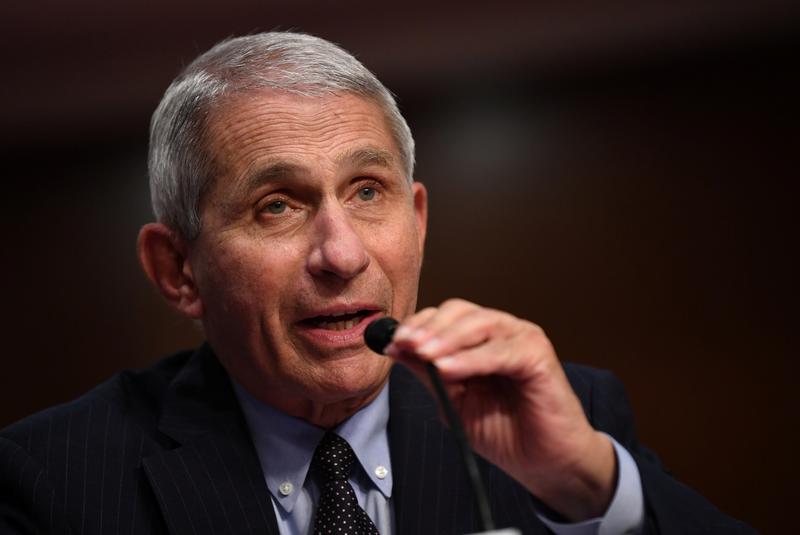 In a piece in The Wire published on April 30, I had alluded to Dr Anthony Fauci parenthetically. What I meant was his plain-speaking that’s based on science, data, evidence and transparency, which sadly has eluded India in all fields, and more so in medical science during the last year. So it’s with whoops of delight I read and heard his interview to the Indian Express on Saturday first up in the morning.

Fauci is known globally as an infectious diseases researcher and physician. He has been the director of the National Institute of Allergy and Infectious Diseases at Bethesda, Maryland in the US for the last 37 years, and at the age of 80 keeps up a punishing 17-18-hour work schedule. Apolitical and non-ideological, he has lived through seven administrations (including the present one), advising a succession of US presidents and as The New Yorker: Annals of Medicine said on April 20, 2020, in a “long procession of viral epidemics: H.I.V., sars, avian influenza, swine flu, Zika, and Ebola among them”.

I must admit upfront I’m a trifle surprised that this is the first attempt by the Indian media to seek his opinion. I’m equally surprised that none of the Indian experts and doctors have ever referred or mouthed Fauci’s views or extrapolated his views for our context, leave alone tap his ideas. Anyone familiar with the situation in the worst-hit part of the world during the first wave gets to hear and read Fauci’s views. This is intriguing. But I’m happy that a beginning has been made now.

“It just seems to me that, right now,” Fauci says, “India is in a very difficult and desperate situation… it’s a desperate situation. So when you have a situation like that you’ve got to look at the absolute immediate.” His prescriptions are simple and commonsensical, drawn from his years of experience with infectious diseases and the harrowing pandemic blight that sieged places like New York City last year.

Desperate for a crisis group

Fauci calls for putting together a “crisis group that would meet and start getting things organised”. Clearly, that is sorely missing, especially in the worst-affected city Delhi. “I heard from some of the people in the street bringing their mothers and their fathers and their sisters and their brothers searching for oxygen. They seem to think there really was not any organisation, any central organisation. Also, “to first look at what is the immediate thing you can do right now.”

“Address the absolute immediate problem, get the intermediate things going, and then take a look at the longer range in regards to vaccines.” This’s an immediate need since vaccinating people, though absolutely essential, “is not going to alleviate the immediate problem of people needing oxygen, needing hospitalisation, needing medical care. That’s not going to fix it now because vaccinating people today, it’s going to be a few weeks before you alleviate the prevention of other people getting sick.”

So it’s down to taking care of the people right now. “I would think… some sort of a commission, or an emergency group to make a plan how to get oxygen; how do we get supplies; how do we get medications, and call — maybe with help from WHO — countries. And the US… for medications, for oxygen, for PPE, and for ventilators.” That’s the first thing. [Emphasis added]

Fauci’s prescription again is simple and straightforward – do what the Chinese did to build “these emergency units that served as hospitals to take care of people… It just seems to me… desperate need for hospital and care… mobilise different groups of government… Can the military come in and help?” This isn’t an impossible ask — “to get hospitals built quickly.. really quickly… they put up these field hospitals that they built during war. You should think of this, in some respects, like a war. The enemy is the virus. So you know where the enemy is, so I would make it almost like wartime because it’s an emergency.” [Emphasis added]

“In the longer range, in a matter of a couple weeks, I would do whatever you can do to get vaccinated. To have a country like India, where two per cent of people are vaccinated, is a very serious situation. You absolutely have to get more people vaccinated.”

Fauci’s suggestions, though seemingly simplistic, are predicated on the system he’s familiar with: quality world-class research where politicians don’t mess with scientists and doctors, and where the latter are accorded honour and respect. Also, they don’t hesitate to tell the truth, and can and do talk back to the politicians even in the Congressional depositions. Compare that with what apparently is a basic flaw in our doctors and researchers kowtowing to the powers-that-be.

Take Karan Thapar’s question number 10 in his piece COVID in India: 35 Questions for K. VijayRaghavan, V.K. Paul and Balram Bhargava seeking an answer from Dr Balram Bhargava, DG ICMR who said “in early July 2020 that Covaxin would have to complete its phase 3 clinical trials by Independence Day that year – less than two months. As a medical researcher himself, how did he hope to have robust clinical trials completed in such a short span? Considering that his notice was accompanied by a threat to hospitals that don’t comply, did the directive arise from elsewhere in the government?”

There are many such more. But let me quote just the next question (No. 11) from Thapar’s laundry list of extremely pertinent questions. Did they advise the government that the accelerated “clinical trial mode” approval for Covaxin when its phase 3 trial efficacy results were not available was not just a breach of scientific ethics and practice but would also seriously increase vaccine hesitancy?

Since the nation’s three top scientists (K. Vijay Raghavan, V.K. Paul and Balram Bhargava) corralling the prime minister’s ears aren’t prepared to grant Thapar an interview, let me try to second guess if and what Fauci would’ve said to the powers-that-be. He would’ve explained politely yet firmly that no such timelines can be laid down – since, apart from the fact that medical science is a stochastic science, no predictions, least a firm date, can be given without the completion of all the rounds of randomised placebo-controlled double-blind peer-reviewed trials to ensure safety and efficaciousness of the vaccine. This is the nub of our problem.

So my response to the suggestion of a crisis group would amount to nothing unless the members have the independence and the courage of their conviction to proffer what they consider medically correct and without fearing the repercussions that may haunt them were they to differ from the overall centralised PMO directives.

The second of Fauci’s recommendation, of setting up of emergency hospitals with the help of the armed forces, shouldn’t be hard to harness and leverage. The armed forces medical services is a tri-service organisation with a very competent cadre of experts to provide tertiary care. It is located across the country and can draw upon the resources of the three services in double-quick time.

The vaccine is a given – no quibbles there. The question is how fast; also it be made free for all citizens in government outlets and on a no-profit rate in private/corporate hospitals.

Given my admiration for Fauci, I would like to sign off the way I had begun with a word about him from David Baltimore, a Nobel laureate and a pioneer of molecular biology: “Tony is unique, in that he has such credibility with politicians that he’s been able to insert hard facts into the conversation.”

Through the last year, Fauci has become the sweetheart of the world – God’s gift to mankind. We need to tap more into his knowledge and wisdom to gain from his insights.