India should not persevere with its focus on privatising healthcare or relying on health insurance. 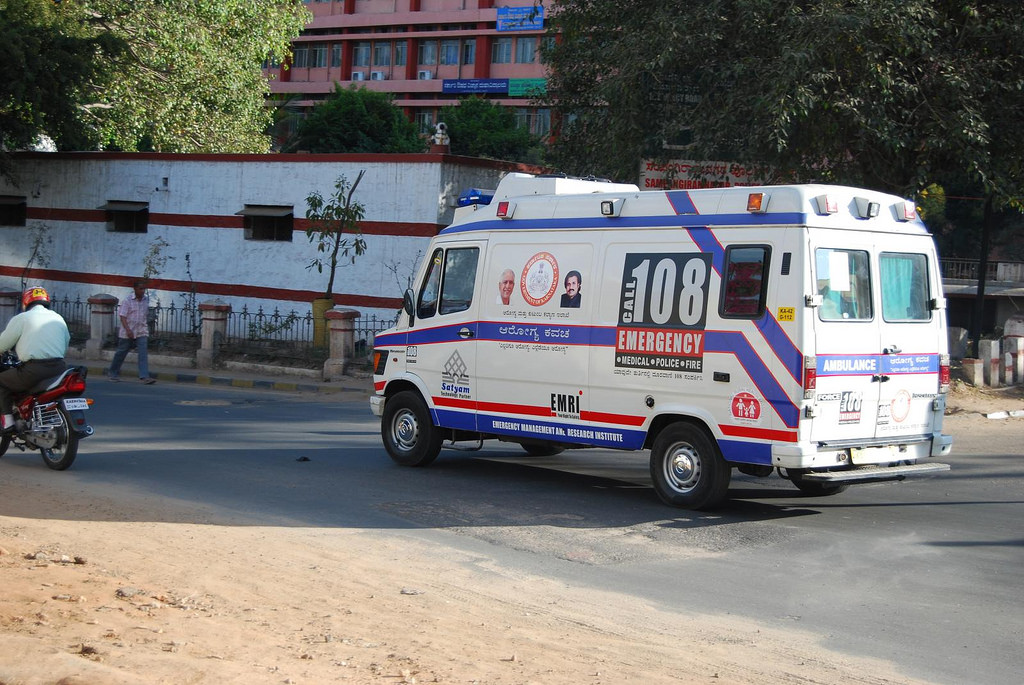 Almost 75% of all expenditure on healthcare is currently made by the families of patients themselves, pushing many of them into indebtedness. Credit: Peter Richmond/Flickr, CC BY 2.0

The image that would haunt me for a long time from this year is that of Dana Majhi, whose wife died of tuberculosis (TB) in a district hospital in Odisha. He was shown on television carrying his wife’s corpse, with his 10-year-old daughter by her side, walking back to his village because hospital could not provide him with a hearse van. A pathetic visual of a broken and insensitive health system.

And if that visual is not convincing enough for those who want evidence, a landmark paper published in The Lancet this year should be: it confirms the poor status of healthcare in India. Authors estimated the baseline status of countries on the health-related Sustainable Development Goals (SDG). In simple terms, these estimates provide the status of health across all countries, and India was at the 143rd place out of 188 countries, just below Congo and Comoros. Not an enviable position to be in.

Though India has the highest numbers of TB patients in the world (almost 27 lakh cases), the Revised National Tuberculosis Control Program also reports a high cure-rate of more than 80% consistently. A study published in August 2016 in the journal PLOS ONE, however, suggested that the rates are likely to be a much lower 39%.

A large number of TB patients who have been incompletely treated will not only continue to lead to high numbers of adult deaths but also continue to adversely affect economic productivity. Moreover, the year did not see any significant additional investments in tuberculosis control – nor any sense of urgency about it.

Secondly, large numbers of irrational drugs continue to be manufactured, prescribed, sold and consumed in India, leading to high costs of treatment as well as also exposing the patient to risk of adverse effects, and, in the case of antimicrobials, risk of anti-microbial resistance. One of the major manifestations of irrational drugs is fixed-dose combinations, wherein more than two or more drugs are combined in a single dose, often irrationally, and often resulting compounded the side effects.

Hundreds of irrational fixed-dose combinations are available in the Indian market. It was therefore laudable that earlier in the year, the Ministry of Health and Family Welfare banned 344 such combinations, protecting consumers from expenses and side-effects. However, these efforts also fell short: hundreds of separate appeals were filed by drug manufacturers, following which courts revoked the ban, maintaining the status quo. It was back to square one for consumers.

Third: Another year passed by and the draft Health Policy 2015, which, among other recommendations, suggested a progressive increase in budget allocations for health, failed to see the light of day. The union government has made no public statements around the status of this policy or its possible release. At a time when India is facing a health crisis in various forms, and its public health services continue to be in bad shape, the absence of such a policy (with the last of its having been passed in 2002) is irresponsible at best. And if the policy is going to be pushed through in 2017, we don’t yet know.

In the absence of a strong policy framework, the Union Budget gives an indication of the government’s intent. The 2016 budget was disappointing on more than one count. Higher allocations for health were critical in this budget to reforming the ailing public health system, to remove the dubious distinction of having one of the lowest public health expenditures in the world and to correct the perverse private-public expenditure ratio (almost 75% of all expenditure on healthcare is currently made by the families of patients themselves, pushing many of them into indebtedness).

While budgetary allocations for health increased from Rs 10,000 crore in 2005 to Rs 30,000 crore in 2010, reflecting significant improvements in health outcomes in some of the more under-developed states, subsequent allocations have failed to reflect this direction. From Rs 30,000 crore in 2010, the budget allocation in 2016-17 went up only to Rs 33,000 crore, and the proportion of public allocation on health hovered around 1% (much lower than Nepal’s). So if the 2016 budget was any indication, then we as a nation do not give priority to public health and the improvement of primary healthcare services.

Then again, there was piece of good news within this overarching gloom. The World Health Organisation certified India to be maternal and neonatal tetanus (MNT) free this year – a significant feat indeed. This has been possible only because of a large network of public services and some innovative ways to strengthen this network. For example, the tetanus immunisation programme supported largely by the government auxiliary nurse midwives at anganwadis, sub-centres and primary-health centres helped in eliminating MNT, which till a decade ago was responsible for the untimely deaths of lakhs of newborns.

This year also saw Sri Lanka declaring the eradication of malaria, a disease that continues to cause large numbers of deaths in India. The Sri Lankan conquest is also remarkable because the years that the island nation was waging war against malaria were also the years when the country was faced with widespread internal strife. Strong public-health systems, built painstakingly over the years, and sustained investments have helped it to not only have the lowest infant and maternal mortality in the region but also to achieve this feat. India needs to learn that strong public-health systems do deliver, and focused and sustained efforts are required to build them unto resilience.

In the coming year(s), India needs to believe in just these systems and make sustained investments in it. It should not persevere with its focus on privatising healthcare or relying on health insurance. Only a strong publicly funded system can address the challenges that India faces. Let Dana Majhi continue to haunt us in the year ahead and spur us into action.