On January 28, eight Indian students studying at the Wuhan University of Science and Technology had appealed to the Government of India to evacuate them because they were running out of food and water. 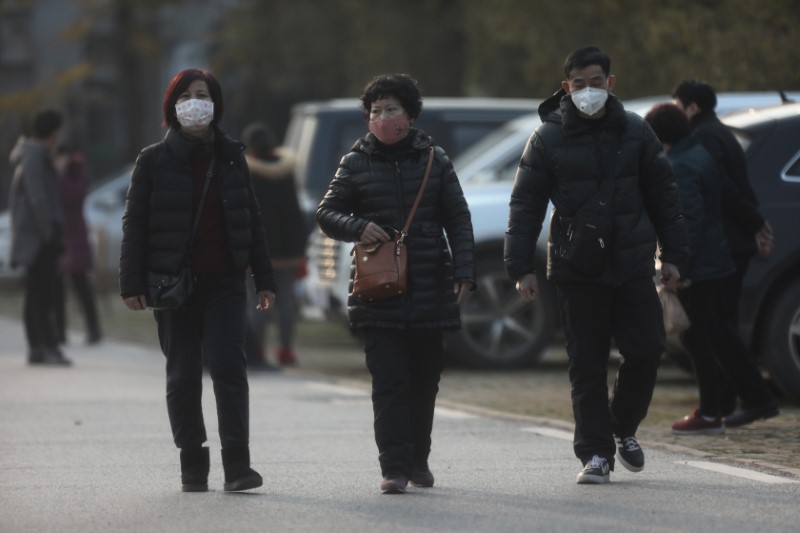 People wearing masks are seen at the Jinyintan hospital, where patients with pneumonia caused by 2019 nCoV are being treated, in Wuhan, January 20, 2020. Photo: Reuters/Stringer CHINA OUT

A person in Kerala has tested positive for the Wuhan coronavirus, the Union health ministry announced on January 30. The person has been enrolled for studies in Wuhan, where the virus – officially designated 2019 nCoV – first originated in early December.

Thus far, official reports indicate over 170 people have died after being infected by it in China alone. Its precise origins remain unclear, though scientists are also working on developing a vaccine to stave off the infection’s deadlier effects based on the virus’s genetic information uploaded by Chinese scientists.

Health journalist Priyanka Pulla observed that the Nipah, West Nile and 2019 nCoV viruses have all been detected in Kerala in the last three years.

On January 28, ANI reported that eight Indian students studying at the Wuhan University of Science and Technology had appealed to the Government of India to evacuate them because they were running out of food and water (the Chinese government has locked the city down and suspended all travel). The student in Kerala who has tested positive for 2019 nCoV was studying at the same university.

The health ministry’s update noted that the patient’s condition was stable and that they were being closely monitored.

Earlier, India had already determined to airlift 300 Indians – “most of them students”, according to Economic Times, in Wuhan back to India but faced some resistance from China. The Indian government is currently waiting for the go-ahead.

Sun Weidong, China’s ambassador to India, tweeted on January 28, “WHO does not recommend evacuation of nationals, and called on the international community to remain calm and not overreact.” Weidong added that the WHO has expressed confidence in China’s ability to control the virus’s spread before it becomes a pandemic.

One of India’s measures to prevent the virus from entering India was to screen travellers between the two countries at airports. However, if the virus can be transmitted asymptomatically – i.e. without outward symptoms of its presence in the body – such screening exercises may not be foolproof.

According to media reports, the virus has an average incubation period of three to seven days, in a few cases up to a week. In cases where it has killed its human host, it has appeared to do so by causing pneumonia and kidney failure.