Excessive use of the life-saving drug in animal feed has seen a rise in the number of people resistant to it. 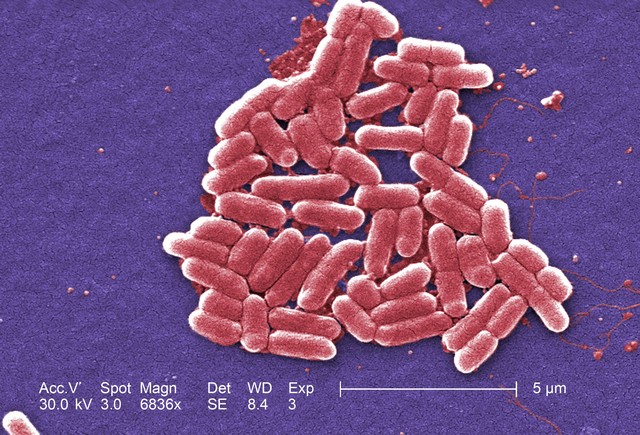 New Delhi: The health ministry has banned the manufacture, sale and distribution of the antibiotic colistin and its formulations for food producing animals, poultry, aqua farming and animal feed supplements in a bid to preserve the drug’s efficacy in humans.

The antibiotic is used as a last-resort to saves lives in critical care units. However, over the past few years, the number of patients exhibiting resistance to the drug has increased rapidly. Medical professionals believe that this is because of the arbitrary use of colistin in as a growth supplement to food producing animals such as fish and poultry.

The ban has been imposed under provisions of the Drugs and Cosmetics Act, 1940 and a notification in this regard has been issued by the Centre. According to the notification issued on Friday, the Centre was informed that using the drug and its formulations for food producing animals, poultry, aqua farming and animal feed supplements is likely to involve risk to human beings.

The Drug Technical Advisory Board (DTAB), the government’s top advisory body on technical matters related to drugs in the country, considered the matter and recommended prohibiting the said drug, the notification stated.

“The Central Government is satisfied that it is necessary and expedient in public interest to prohibit manufacture, sale and distribution of the drug Colistin and its formulations for food producing animals, poultry, aqua farming and animal feed supplements.

“Now, therefore, in exercise of powers conferred by section 26A of the Drugs and Cosmetics Act, 1940 the government hereby prohibits manufacture, sale and distribution of the following drug with immediate effect, Colistin and its formulations for food producing animals, poultry, aqua farming and animal feed supplements,” the notification read.

The ministry has also directed the manufacturers of the drug and its formulations to contain a label on containers of the drug that says: “Not to be used in food producing animals, poultry, aqua farming and animal feed supplements: on the package, insert and promotional literature.”

A ministry official told PTI that the antibiotic is usually used as a last resort for treatment of patients suffering from infections caused by drug-resistant bacteria. “Colistin is an antibiotic for therapeutic purpose in veterinary. But the drug is highly misused in poultry industry as a growth promoter for prophylactic purpose. One of the reason for antibiotic resistance in India is due to unwanted use of colistin in the poultry industry. This notification will prevent use of the drug for prophylactic use,” the official said.

In April 2018, a study found bacteria resistant to colistin in fresh food samples such as chicken, fish and vegetables. One of the researchers, Dr Abdul Ghafur, said, “The situation is extremely worrying. One possible source could be rampant use of colistin as a growth promoter in animal husbandry sector. Poultry litter is used as fertiliser in farms which leads to contamination in vegetables.”

Now, Khan is relieved. Speaking to The Hindu, he called the ministry’s move a “massive victory”. “It is one broad sweep to ensure colistin does not enter the food we eat, and thereby, we don’t develop resistance to the antibiotic,” he told the newspaper. Khan hoped that now the process of making poultry farmers aware of the dangers of excessive usage of colistin. “We have had discussions with associations of poultry farmers and they have not objected to removing colistin from the mix,” he said.

V. Ramasubramanian, an infectious diseases expert, also praised the development. “Excessive use of any drug leads to resistance. If you can cut the use of colistin as a growth factor in animals and limit it to therapeutic usage only, the chances of developing resistance to it goes down,” he was quoted as saying by The Hindu.

Earlier this year, another study found that samples of chicken liver meat and eggs from 12 locations in Mumbai had ‘multi antibiotic resistant’ bacteria – those immune to antibiotics of at least three classes. Though colistin wasn’t among the drugs tested by the researchers, these findings also raised concerns that treating humans would be difficult.