In 'Health Beyond Medicine', Vikas Bajpai and Anoop Saraya reveal the subtle mechanisms of oppression within the healthcare system.

“Radicalization, nourished by a critical spirit, is always creative. Radicalization criticizes and thereby liberates.”
∼ Paulo Freire, Pedagogy of the Oppressed

Knowing Dr Vikas Bajpai (who teaches at the Centre for Social Medicine and Community Health, Jawaharlal Nehru University) and Dr Anoop Saraya (who is the head of gastroenterology at AIIMS, New Delhi) for a considerable number of years, I got the feeling that their book, Health Beyond Medicine, would be a dirge for the revolution. Fortunately, it is more than that. It touches the fringes of a revolution without going astray from the realms of reality, believing that the revolution is a reality. 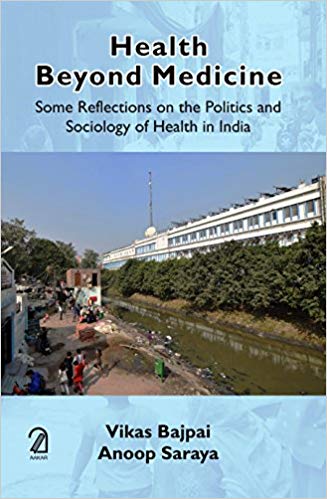 Vikas Bajpai and Anoop Saraya
Health Beyond Medicine: Some Reflections on the Politics and Sociology of Health in India
Aakar Books, 2018

This excellent book can serve as a catalyst for insurrection within the Indian healthcare delivery system.  I hope that its audience, which can be as diverse and varying as a medical graduate or a social scientist, will benefit from this splendid treatise. The book presents before us the very bare and naked truth of India’s sick healthcare system, full of inequalities and failed promises, but with intervening tiny sparks of glory. It is a book that should capture the imagination of every conscientious healthcare professional who wishes to participate in the phenomenon of universal healthcare in India.

The very fact that the authors also deals with issues wider than healthcare, for example food security and poverty, makes the book even more evocative and hence readable. True to its title, the book is definitely about health beyond medicine. It captures the story between the two dates etched on the headstone of a poor Indian who has died even before she was born. For me, as a common reader, the best part of this text is that it reveals the subtle mechanisms of oppression within the healthcare system.

Health Beyond Medicine is divided into nine chapters, with significant parts of the book being reproductions of papers published in the past. Fortunately, the essentiality of these papers is not lost as there is no harm in the repetition of good words, more so if you are living in an unjust society like ours. The book begins with a critique of the Health Survey and Development Committee (popularly called the Bhore Committee) which was formed in 1943 to look into the healthcare scenario of the country. The authors have rightly pointed out that the very ambitious and far-reaching recommendations of the committee were not immune to the class bias which the Sirs, Colonels, Khan Bahadurs and Deewan Bahadurs within the committee had, as they were ensconced in the colonial apparatus.

Unfortunately, or rather strategically, the failure of healthcare services in India is attributed to the people. Jargon like ‘population explosion’, ‘dilution of resources’, ‘disease overload’ and so on are not uncommon as excuses given by those at the helm of policy affairs. The authors have condemned this vilification of the people. According to them, concerns of population growth have always been part of a populist agenda in which the population of the poor is the main concern. Private foundations like the Rockfeller and Ford Foundations have become the fountainhead of elitist interests on the population question. The authors feel that the path to population stabilisation passes through the overall socio-economic development of the people.

The crux of the book is that health, invariably, is not a product only of efficient medical services; it is mainly determined by the social and economic conditions of the people including their ability to earn, eat, afford decent living conditions and access healthcare when in need. Thus, a country falling lower in the Global Hunger Index will have no chance to rise in health parameters, and that is the case with India. 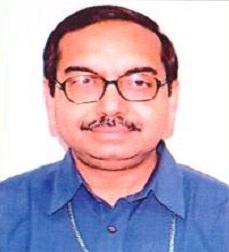 The authors have tried to understand the evolution of India’s healthcare system as a dialectical process impacted by almost every sphere of human activity. They believe that the absence of political and economic restructuring of the country after independence is responsible for a large part of the problem. Unlike China,  Indian independence ensured the continuance of an old social and political system. They are correct in concluding that in India, medical services are owned by the elite, and are predominantly curative health services concentrated in cities.

A note on the economics of health makes Health Beyond Medicine an important book. The authors correctly believe that post the Second World War, ravaged economies of the world opted for the Keynesian economic model with an emphasis on the private sector. Authors feel that the mixed economic model which India adopted was also based on Keynesian principles, completely ignoring the social determinants of disease like inadequate nutrition, clothing and housing. Reading the book gives you the feeling that there may be an oversimplification of these world events and their association with healthcare politics. In the context of the master of capitalism, John Maynard Keynes, the authors have dealt harshly with some of the biggest names of our times, including economists Paul Krugman, Joseph Stiglitz and Amartya Sen. I quote from the book, “Having rocked a gaping hole at the base of the world economy, the world’s biggest bankers sought state bailouts to save them. The very system needs to be bailed out, and therefore the need to eulogize Keynesianism through Nobel for the Krugmans, Stiglitzs and Sens of the world”(sic). But in the absence of ‘people-centric economists’ in the world today, these three names are still the torch-bearers of public-centred economic models, and so they could have been treated by the authors with softer gloves.

Evaluating the the National Health Policy 2017, the authors have correctly evaluated the perils of neoliberal economics working as main guides in policy formulation and drafting. They say that with India being the second highest destination for global investment in health, the NHP document privileges an economic agenda in healthcare over a public health agenda. 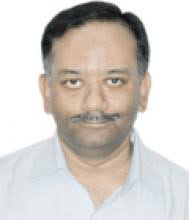 Chapter 6  is important as it deals with the challenges faced by government hospitals. In a sense, this chapter is a requiem in the graveyard which public hospitals have now become. The authors have broadly mentioned five challenges which riddle government hospitals – insufficient infrastructure, insufficient manpower, unmanageable patient load, equivocal quality of services and high out-of-pocket expenditures. The chapter deals with a lot of data, some of which should make the health policy makers of the country ashamed of the mess they have created over the years. It is sad to learn that the deficiency of specialists in rural healthcare is as high as 90% in Chhattisgarh, Odisha and Rajasthan, while being at a high of nearly 85% in Uttarakhand. The solutions offered by the book to end this dichotomy of public-private hospitals are basically measures to reverse the market-led growth of healthcare. The authors correctly feel that the market-led growth of healthcare is part of the economic agenda of the ruling classes and is motivated by their ‘class interests’, which are in an antagonistic relationship with the interests of the working masses.

The book emphatically reveals that caste and religion play a major determinant in healthcare access. Citing data from the 52nd round of the National Sample Survey, the authors reveal some of the gaping holes in India’s claim of being a rising superpower. It is depressing to learn that 65% of SC and ST households live below the poverty line, are uneducated and live in rural areas with limited access to healthcare. A failure to recognise links between different forms of socioeconomic disparities leads to the ineffective implementation of various poverty alleviation as well as social and health programmes. Social class is thus a major determinant of health disparities in our country. The National Family Health Survey (NHFS)-II data shows that the infant mortality rate for the poorest 20% of the population was 2.5 times higher than that for the richest 20%.

The primary data of the authors from the district of Mewat (a Muslim-dominated area) is a grim reminder of how religion plays a crucial part not only in accessing healthcare but also the attitude of administration in providing and managing healthcare services. This very interesting chapter of the book deals with the economic, political, social and cultural context of health of Meo Muslims of Mewat. In fact, by bringing out the literacy, nutrition and child health parameters and water crisis in Mewat, the authors have shown how communal privileges run deep in our society and form the basis of the healthcare delivery apparatus.

In my opinion, the best books come with imperfections, and Health Beyond Medicine is no exception. Besides the occasional errors of grammar and usage, the main flaw of the book is in its repetition of facts. This made the reading dull at places.

I conclude by borrowing a statement from the book, which to me represents the soul of this book: “The lack of political will on part of the government to act in the interest of the vast majority of the people it actually represents. In other words question is of class struggle which is part of larger political process. Here I can only reiterate the need to choose sooner rather than later on which side we are in this struggle.” I can’t agree more with the authors – and for the Indian healthcare system and for health personnel like us, which side of this ‘have’ and ‘have not’ divide we lie on is an important question.