The government has fixed the insurance reimbursements for 1,354 medical procedures under its massive new scheme. They say they won’t revise this any further. 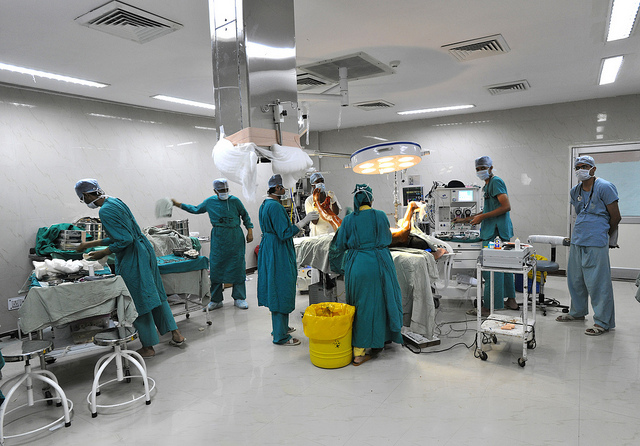 The final rate for 1,354 packages have been fixed after studying data from the existing national health insurance scheme (Rashtriya Swasthya Bima Yojana) as well as other state schemes, and after consultations with insurance companies, states and hospitals. Credit: Asian Development Bank.

New Delhi: Despite protests from the private health sector, that the government’s reimbursements to them under the massive new health insurance scheme are too low, the government has “frozen” these rates and is unlikely to change them.

Dinesh Arora, the deputy CEO of the scheme also said that the costing exercise for package rates has already been complete: “As far as we are concerned, we think these rates are pretty balanced. We will only be correcting errors, but not making any overall revisions. Any revision will have to be based on fact and logic. But no revisions are planned anymore.”

The Wire reported last week that private hospitals had come together under the Association of Healthcare Providers India (AHPI) to pressure the government to reassess their rates for medical procedures. They were demanding the rates be increased, suggesting otherwise that “The participation of healthcare providers would be sparse and the Ayushman Bharat will remain grossly ineffective on the ground.”

“This is just a bargaining tactic of hospitals,” says Arora.

The protests of private hospitals don’t appear to have moved the government who is already focusing on the next steps in the process, which is to sign a new tranche of agreements with states on Thursday, and get the information technology systems running.

The NDA government is currently celebrating four years of being in power. The Ayushman Bharat-National Health Protection Scheme (AB-NHPS) announced in February, is one of the flagship programmes in the health sector.

“We are not asking the hospitals in our network to boycott the scheme but we are concerned that the rates are so low that quality will suffer. If quality suffers, it is the poor who will suffer,” said Dr Alex Thomas of the AHPI.

He says that Dr Vinod Paul, member of the NITI Aayog, was in Bangalore this week and listened favourably to their pitch, that the rates were too low. Paul apparently assured them that their concerns would be examined again.

However Paul told The Wire that while hospitals are free to send representations to NITI Aayog, what the think-tank is looking for is “disaggregated data.” “Hospitals are offering to send us their bills to patients. But today, hospitals charge even upto a lakh, for a caesarean delivery. We are doing a costing study. We need bills. Hospitals can send us disaggregated costing data,” he said.

Arora says these rates are comparable to rates in states like Tamil Nadu. “Isn’t Apollo operating in Tamil Nadu on rates which are even lower? So are other private hospitals. They didn’t complain then. Why are they objecting now?”

Apollo’s CEO Sunita Reddy had recently spoken to Economic Times and said, “If we need quality care, we need to spend money.” She too echoed AHPI’s thoughts and said that low prices could result in patients getting sub-standard care. The Wire has sent a query to Apollo on this. 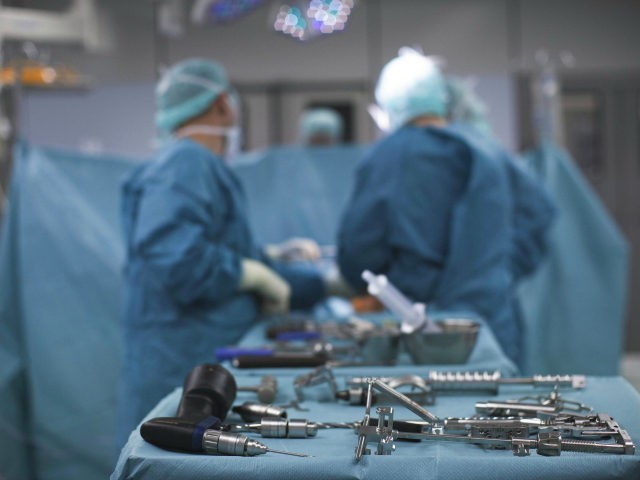 The central government has already signed memoranda of understanding with 12 states who have agreed to participate in the AB-NHPS insurance scheme. Credit: Reuters

The government is moving rapidly and with determination on the AB-NHPS. The central government has already signed memoranda of understanding (MOU) with 12 states, who have agreed to participate in the insurance scheme. Few more states are scheduled to be signing MOUs this Thursday (Gujarat, Uttar Pradesh, Bihar, Chhattisgarh, Madhya Pradesh and Jharkhand). The states will design their own models for AB-NHPS which will work best for their own variables, but the MOUs signify their decision in principle, to participate in the programme.

The rates prescribed by the government’s scheme are “base rates.” These can be increased by even 30% for a number of reasons–states have been given the flexibility to increase by upto 10%. Accredited hospitals, teaching hospitals and hospitals in the government’s selected list of “aspirational districts,” can also add an increase of 10%-15% on these rates.

Arora says the government has thus engaged in “strategic buying.” He says that although private hospitals are claiming that the government’s new rates are lower than CGHS rates, the pool for CGHS is small– only about 20 lakh people in the public sector and their families. This percentage of utilisation of the services by this pool is also very high, as these are largely people who are educated and aware. “But in AB-NHPS, there are 50 crore people. Utilisation rate may not be that high immediately. So this is the strategic buying which the government has done.”

Despite the chance of a 30% increase on the base rates, AHPI says it still doesn’t work for private hospitals. “Currently hospitals have been running at a loss by participating in the Central Government Health Scheme (CGHS) and insurance schemes but have been managing by using their corporate social responsibility (CSR) funds. This won’t be possible when 10 crore families become eligible for these low rates,” says Thomas.

What evidence are these rates based on?

“Let me be frank. We don’t have costing studies done in India,” says Arora.

The initial rates of packages for the scheme were prepared by the Director General of Health Services (DGHS) over the last eight months. These rates were reviewed by the NITI Aayog, which recommended changes, including increases, decreases, and rationalisation of prices.

He says these rates have been fixed after studying data from the existing national health insurance scheme (Rashtriya Swasthya Bima Yojana) as well as other state schemes, and after consultations with insurance companies, states and hospitals. 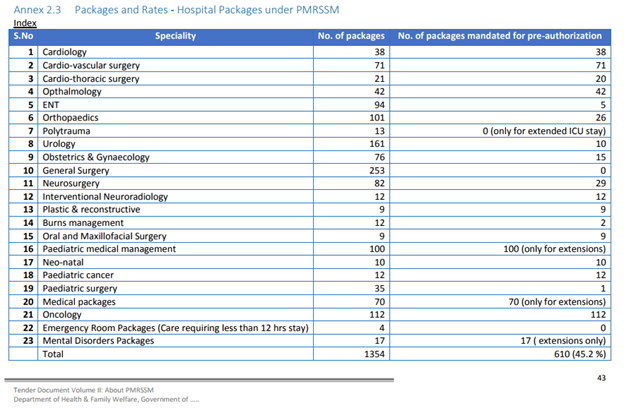 For example, the reimbursement for most implants of cardiac stents are between Rs ,5000 to Rs 65,000, with a few stent procedures crossing that bracket (For example, a carotid angioplasty with medicated stent has been fixed at Rs 1,30,000). The reimbursement for a total knee replacement has been fixed at Rs 80,000 and for a hip replacement between Rs 75,000 to Rs 90,000. All amputations are under Rs 18,000. Hysterectomies are between Rs 14,000 to Rs 20,000 depending on the complexity and compound nature of the procedure.

As reported by The Wire, the AHPI called the government’s costing study an “unscientific” one. For this, they relied on a costing study they did last year, commissioned by the government of Karnataka. This study took data from a small sample of four hospitals in Karnataka. It concluded that the rates offered even in the CGHS scheme were far too low, and the rates offered by AB-NHPS were largely even lower.

The National Pharmaceutical Pricing Authority had also done a study this year, studying just the bills to patients, of four private hospitals. Their study concluded that these hospitals have been making profits of upto 1737% on drugs, consumables, medical devices and diagnostics. This study is not the same as the costing study which the government is doing and needs to do, as it doesn’t include other costs which hospitals incur (for example on security or maintenance of amenities). However it did show that it is hospitals who profit from inflations in bills upto 1737% and none of this is passed on to either patients or manufacturers.

The NITI Aayog will be having a research, evaluation and analysis wing as part of the AB-NHPS to constantly monitor and study the costs on the scheme. While the first tender has already been floated, the government plans on using this newly collected and analysed data in the next round of tenders.