A room containing oxygen tanks is seen in the BRD Medical College and Hospital in Gorakhpur. Credit: Reuters 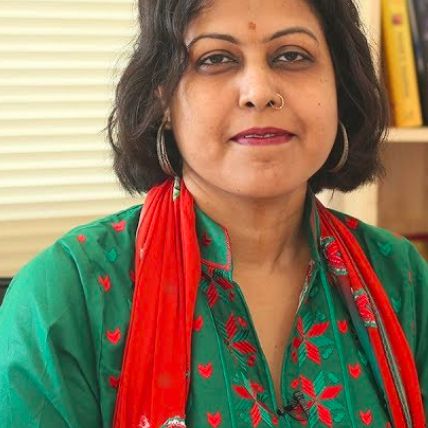 The science fiction author William Gibson famously stated, “The future is already here – it’s just not evenly distributed.” “There is arguably no greater manifestation of our uneven world than that of healthcare,” writes noted technology writer Richard Hartley. Scratch that, Hartley meant health technologies. “In the wealthiest countries, thousands of people in their 60s and 70s are kept alive with cardiac pacemakers that are remotely monitored over the internet, and adjusted by algorithms with no human intervention. In poorer states, three-quarters of a million children under five are dying each year because of shit in their water,” he writes. Dr Tedros Adhanom Ghebreyesus, the first director general of World Health Organisation (WHO) of African origin, calls this inequity unconscionable. In his inaugural address at the 71st World Health Assembly, he stated, there is a 32-year difference in the life expectancy amongst citizens of the richest and the poorest countries, and that is unconscionable.

Corruption in the healthcare sector

At home, that inequity means India has 16% of the global population but 20% of the global disease burden, most of it concentrated at the lowest two quintiles of the population, as per The Lancet‘s Access to Healthcare Quality study. In their latest index, India ranks 145th out of 195 countries. Much has been written about the under-funding of the health sector, the acute shortage of infrastructure and trained personnel. Though, social determinants can do with much more attention. Especially considering India was a significant contributor to the first and only Commission on Social Determinants of Health instituted by the WHO. Mirai Chatterjee of Self Employed Women’s Association was one of the commissioners and Dr Amit Sengupta of People’s Health Movement coordinated the India chapter.

Add to the mix, there is rampant corruption. Dr Samiran Nundy, Kesav Desiraju and Dr Sanjay Nagral have also taken a close and unsettling look at the corruption in the healthcare sector, in their book Healers or Predators?: Healthcare Corruption in India. They put a number to it. While globally 4-6% of the public health funding leaks, in India, the figure is as high as 25%, thanks to corruption.

Also read: If We’re Calling It ‘Modicare’, Then Accountability Should Also Be Taken by Modi

According to Dr Sharma, low budgetary allocation and import dependency are major reasons for such low equipment penetration. This requires a concerted approach to buy enough, buy right and maintain them. Keeping equipments in working condition and monitoring them constantly, is as important as buying them in the first place. This comes under spotlight every time there is an outbreak and consequently overload on hospitals.

Gorakhpur tragedy brought the equipment angle of public health delivery under sharp focus. In 2017, between August 10 and 11, 30 children were reported to have died at the BRD Medical College and Hospital due to disruption in oxygen supply. Through the month, 290 children died. And by end of the month, the principal of BRD Medical College had been quoted admitting 1,250 child deaths in the first eight months of the year. Earlier, the Comptroller and Auditor General’s report had pointed out 27% deficit in clinical equipment in the BRD Medical College Hospital, which is still better equipped than many other hospitals in Uttar Pradesh. 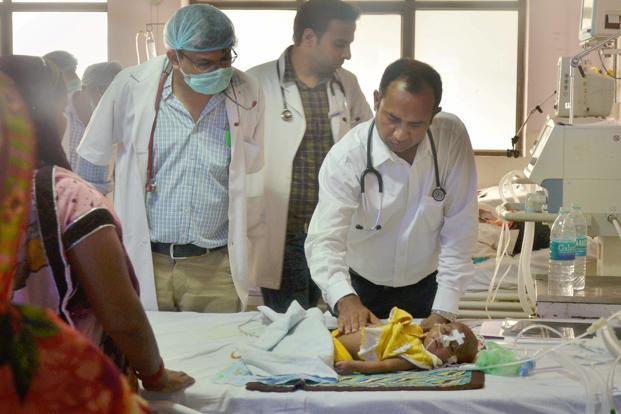 Uttar Pradesh’s healthcare system has been under a scanner since the death of number of children at Gorakhpur’s BRD Medical College last year. Credit: PTI

Paying the oxygen supplier on time, maintaining the hospital equipment in functional condition and bridging the equipment and personnel deficit were as major reasons as the annual burden of Japanese Encephalitis on some of the poorest families of the region and addressing the abject squalor they have been forced to live in. The Wire has extensively reported on this here.

Similarly, the cardiac stent pricing regulation judgement and the latest controversy around Johnson and Johnson’s defective hip implants have brought regulation, safeguards into focus. The Wire has reportedly extensively on both topics here and here. But the conversation around health technologies (equipment and technology have been used interchangeably here), is far too episodic and short-spanned. Considering the state of public health journalism, it is not surprising that health technologies get talked about only when there is a massive news peg. In other times, the health technology reportage is mostly puff pieces on industry, corporate majors’ innovations.

Earlier this year, India moved the digital health charter at the 71st World Health Assembly at Geneva and wants to be seen as the global hub in digital health innovations and applications. But that got scant public attention back home. There is a word of caution in health innovations, especially the digital health innovations mounted on mobile phones. Jenny Lei Ravelo points out in Devex that most of the promising innovations or initiatives that never go beyond pilot, are mobile health apps. They never gain more than a few thousand downloads. In the mobile health space, only 12% of 27,000 apps available in the US can be found in 90% of user downloads, according to a 2015 study by the IMS Institute for Healthcare Informatics.

An IAS officer of Uttar Pradesh cadre (and former head of State Innovations for Family Planning Services Agency) Amod Kumar, designed mSakhi (an award-winning mobile health application for frontline health workers in India). Currently, a member of the Board of Revenue with the state government, Kumar explains the reasons for such lack of uptake in health technology applications. Other than cost of tech solutions, he feels technologists in the health space need to be pro publica. In a resource-poor country like India, innovation merely for innovation sake is a luxury we can ill-afford. Innovations have to have applications. And technologists cannot insulate themselves from the larger questions of society. Health technologies designed without the perspective of inequity, poverty in society and infrastructural conditions of health institutions and working conditions of healthcare personnel, are bound to fail, he explains.

India will be co-hosting the fourth global forum on medical devices in partnership with the WHO in December at AMTZ in Visakhapatnam. Three key highlights of this forum are:

The last two are safeguards to prevent the global meet to be over-run by the private sector, especially the big corporate players. This author will be writing on key take-aways of this conference.

While launching grants for high-end researches into exponential technologies like artificial intelligence, robotics, 3D printing, nanotech, genomics, getting the basic equipment availability and access right, on diagnostics and treatment front, getting the appropriate personnel (both in number and quality) right is equally important. The World Health Assembly (WHA) 2018 has come out with an essential diagnostics list to improve the diagnosis and treatment outcomes globally. This comes after 40 years when WHA put out the essential drugs list. Getting the equipment ready (in quantity and quality) in India, for making those diagnostics affordable and accessible will be important now. Hence we need way more conversation on health technologies. This is also important to prevent unnecessary and expensive technologies from being chosen as part of the solution.

As the African tech prodigy, Alain Nteff warns, “A cellphone is not a substitute for a midwife.” The choice is not between human resources for health, essential drugs, essential diagnostics versus health technologies, but all of these and more and hence the public discourse and scrutiny needs to be maintained on all of these too.

Biraj Swain is a Senior Fellow with the Kalam Institute of Health Technology. She works on international development and human rights in South Asia, East Africa and the UN. She can be reached at biraj_swain@hotmail.com