From Drought to Deadly Disease – No Respite for Migrant Tribal Farmers

Migrant tribals from Madhya Pradesh, working as labourers in quartz-grinding factories of Gujarat, are falling prey to silicosis.

At quartz factories, raw granite from mines is given a finishing touch for use in flooring. Such units are booming with the rise of real estate business. Photo: Kevin Walsh/Wikimedia Commons, CC BY-SA

“My body is wasted. I cannot walk properly; cannot ride a bicycle. I have difficulty breathing… I feel like someone’s strangulating me,” says Dinesh Rai Singh of Kasuldara village in the tribal-dominated Jhabua district of Madhya Pradesh. Once a farmer, Singh now lives dependant on the earnings of his family members.

Singh used to earn a decent income from farming maize and his family owned four pairs of cows and two bicycles. In 2000, however, after two consecutive years of sparse rainfall wreaking havoc on their crop, the family was forced to leave the village. They were not alone.

That year, the drought drove out most villagers from the districts of Alirajpur, Dhar and Jhabua, as they had exhausted all their savings and had little or no money to buy seeds, fertilisers or pesticides. Landlessness, illiteracy, unemployment, and the growing burden of loans taken from local sahukars (money lenders) aggravated the economic condition of the Bhil and Bhillala tribal people in the region, who migrated to Gujarat in search of a better life. Or so they thought.

A whole new world – of suffering

Singh worked 10 to 14 hours, six days a week, in quartz crushing factories along the Godhra-Ahmedabad highway where his job entailed collecting residual pieces of quartz into sacks. “The grinding created so much dust inside the factories that we were unable to see beyond two feet. For each sack, we earned Rs. 1.50. I used to fill at least 12 to 15 sacks a day,” says Singh, adding, “We all knew that we were working in hazardous conditions but we were afraid that we’d be fired if we demand any protective gear.”

Quartz factories are granite, sandstone crushing units. In such units, raw granite brought from mines is given a finishing touch for further use in flooring of buildings. Such units came up with the rise of real estate business and increasing demand. 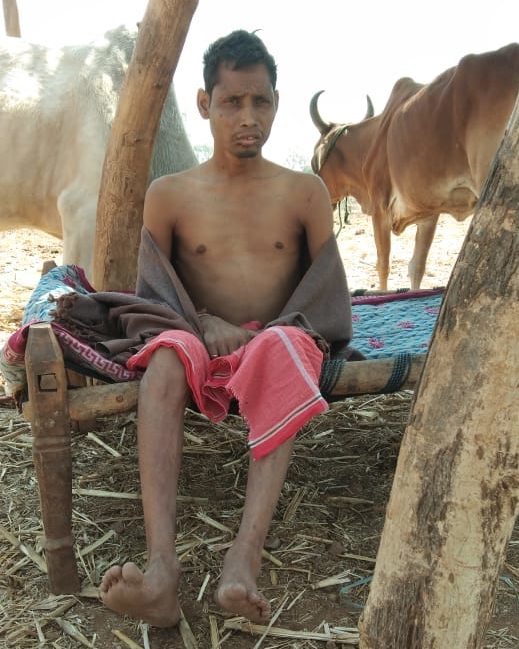 The working conditions at the quartz factories caused a lot more damage than Singh would have ever imagined. He returned bed-ridden to his village in 2001, has been living on the earnings of his family members. He now has silicosis – a lung disease caused by breathing in tiny bits of silica, a mineral found in sand, rock and minerals like quartz. In 2005, he lost his wife and sister, who also worked with him, to silicosis.

A public interest litigation, on silicosis was heard on March 5, 2019, by the bench of Justice A. K. Sikri and Justice S. Nazir in Supreme Court of India. Taking cognisance of the serious harm caused by the condition in these factories, the bench directed the Central Pollution Control Board (CPCB) to immediately inspect such factories and initiate the process of shutting down those that were violating environmental laws and to submit a report within six months.

Like Singh, 45-year-old Shaitan Malji of Mandli village in Meghnagar, Jhabua, contracted silicosis in a quartz-crushing unit in Gujarat in 2014. “After a few months of work, I found that I was having difficulty breathing. I started losing weight and energy and soon became unable to work. So, I decided to come back to my village. Doctors have told me that there is very little possibility to getting cured,” he says.

In 2008, social workers in the district formed the Silicosis Peedit Sangh, a union of those afflicted by silicosis. “In the last 15 years, 589 tribal labourers of three districts – Alirajpur, Dhar and Jhabua – died succumbed to silicosis. Several others continue to struggle, without any effective rehabilitation,” says Mohan Sullia, a member of the group from Meghnagar.

Factory owners had no provisions for safety gear for the workers to prevent inhalation of the dust nor did they give workers any health benefit, medical check-ups or organise safety awareness programmes.

According to Amulya Nidhi, a member of the Supreme Court Committee on Silicosis that was formed in 2016 and national convenor of Jan Swasth Abhiyan, a public health non-government organisation, says that as per the committee’s April 2017 recommendation, the creation of a comprehensive Occupational Health Policy for Madhya Pradesh is needed. Although the Madhya Pradesh government has drafted the policy in August 2018, it was delayed due to state elections in November 2018 and is still awaiting execution.

The new government led by the Indian National Congress, instituted in Madhya Pradesh in 2018, has assured to extend all possible medical care to the victims who felt prey to silicosis.

No relief for survivors

According to Prakash Dhoke, Chief Medical Health Officer (CMHO) Alirazpur district in Madhya Pradesh, where several patients of silicosis were found assured timely medical care, “We have identified few villages in the district where several victims of lung disease were found. The lungs of these victims were found to be damaged due to inhaling of tiny bits of silica, usually found in minerals like quartz, sand, rock etc. In these villages, we are going to hold special check-up camps.” 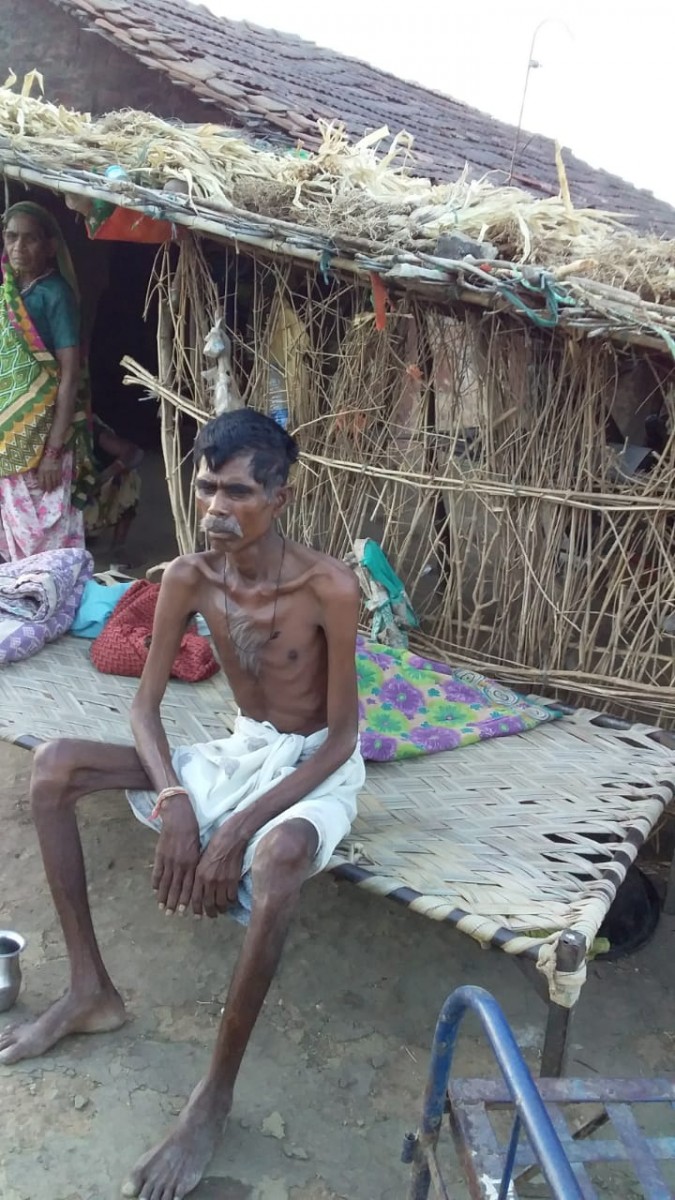 Shaitan Malji of Mandli village in Meghnagar, Jhabua, contracted silicosis in a quartz-crushing unit in Gujarat in 2014. Doctors say he has a very little chance of getting cured. Photo: Anup Dutta/Mongabay

According to Nidhi, nearly 5,000 confirmed cases have been recorded in Madhya Pradesh, with cases detected in Panna, Vidisha, Chhattarpur, Betul, Mandsaur, Bhind, and Shivpuri districts as well. It is the duty of the state to rehabilitate the patients, the Supreme Court has ruled, he says, adding that no occupational and environmental health policy is in place yet and no effective preventive and rehabilitation plans have been made either by the government despite several orders from the Supreme Court and National Human Rights Commission.