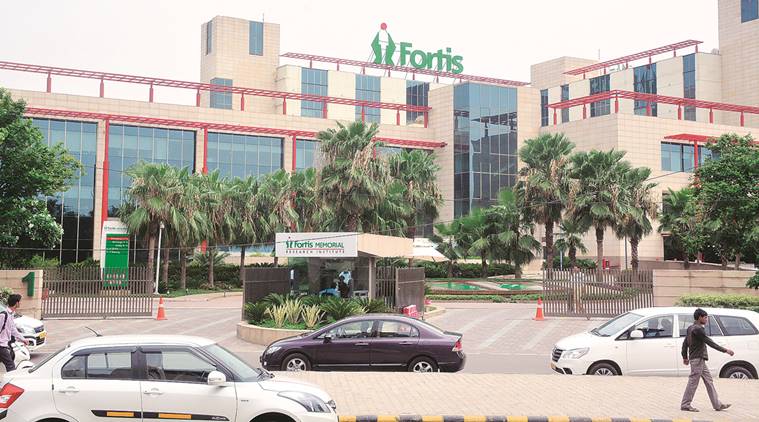 New Delhi: The Union health secretary has written to the Haryana government following outcry about “overcharging and medical negligence” at Fortis Hospital in Gurugram. This follows a brief tweet by the Union health minister on November 19 that the government would take “all necessary action” in the case of death of seven-year-old Adya Singh who had dengue.

The case came to light after an anonymous Twitter account posted a string of tweets, including copies of bills – which according to Fortis Hospital was a total of Rs 15,79,322 – that were given to the family of the girl who spent 15 days in the hospital and finally died in September. A press statement by the hospital states that an amount of Rs 5,21,433 was paid by the insurance and the balance Rs 10,37,889 was paid by the family of the child.

The child had an initial diagnosis of “severe dengue” and medical investigations said she was NS1 antigen positive for dengue, according to the hospital.

In her letter, the health secretary Preeti Sudan asked the department of health and family welfare in Haryana to “urgently initiate an inquiry into the whole incident” and submit a report on this in two weeks. “In case any overcharging, negligence or malfeasance is made out on the part of the hospital, exemplary action needs to be taken immediately.”

“It has been alleged that the patient was grossly overcharged and there was also negligence in treatment,” says her letter. She asks the department of health to investigate the treatment and the charges levied by the hospital along with expert opinions to assess its “reasonability.”

Fortis Hospital has, however, in a statement to the press, said: “There has been no medical negligence or over charging towards the care of the child as is being mis-represented in the social media.”

The hospital also says that the patient’s family was briefed about the critical condition of their child “at each step.”

As for the allegations of overcharging, the hospital says using approximately 50 pairs of disposable gloves and 40-50 disposable syringes per day “is not unusual.” As the child was in Fortis Hospital for 15 days, that would come up to a total of 750 pairs of gloves and 600 syringes, which the family was charged for. “Syringes are being misrepresented as “injections” which are very different,” says the hospital.

The hospital says that the child was in a critical condition right from the time she was admitted to the hospital and had been in the paediatric intensive care unit for 15 days. She was on a ventilator for 14 days. “Treatment during these 15 days included mechanical ventilation, high frequency ventilation, continuous renal replacement therapy, intravenous antibiotics, inotropes, sedation and analgesia,” says the hospital.