Despite FDA Approval, E-Cigarettes Need To Remain Banned in India

Vaping has the potential to introduce a large number of young individuals to a life-long nicotine habit, putting them on a highway to future tobacco abuse. 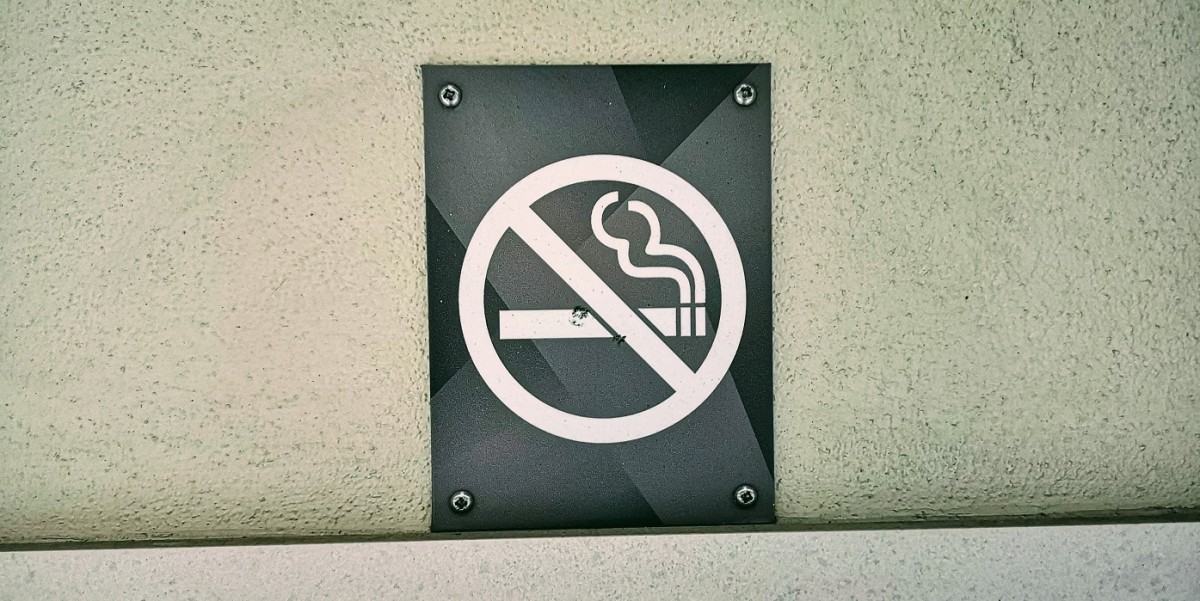 The US Food and Drug Administration recently approved the marketing of e-cigarettes, reigniting a debate around the world, including in India, on whether the ban on e-cigarettes and vaping is justified.

Multiple groups in India have hailed this approval as an acceptance of the notion that vaping is a suitable alternative to smoking and in the best interest of public health. Those in favour of vaping have argued that it is a good tobacco alternative that will help people quit smoking. Those still opposed to the idea have contended that it is more dangerous than other tobacco alternatives, and warrants wariness for its appeal to adolescents and young adults, for whom it can become an addiction gateway.

To be sure, India needs to continue to ban e-cigarettes and their derivatives. Let’s take a considered look at why.

A ‘vape’ is a device that heats nicotine, flavouring substances and any other compounds to form an aerosol, which is inhaled through the mouth and exhaled via the mouth or nose. As such, the vape facilitates the delivery of these products to the lungs, and from there absorption into the bloodstream.

Vapes differ from cigarettes in their contents: they don’t contain tobacco, tar or other substances that are known to cause cancer. They do, however, contain other new components, like aldehydes, heavy metals and silicates which are toxic to humans, and are likely to cause lung damage in the long term.

Vapes, or e-cigarettes more broadly, have been traditionally marketed as an alternative to smoking – that they will help smokers address their nicotine craving while quitting tobacco. So e-cigarettes belong to the ‘harm reduction approach’ to tobacco cessation, which advocates alternate sources of nicotine delivery, such as gum or vaping.

Now, vaping is by no means safe. Although they are safer than cigarettes, because they exclude tobacco and other well-established carcinogens, nicotine is in itself toxic. It is a highly addictive stimulant that causes craving and withdrawal, with long-term use resulting in elevated blood pressure, higher risk of heart attacks and critical blood-vessel-narrowing in the limbs.

Other experts have also argued that vaping is a more efficient form of nicotine delivery – reducing the harsh sensation in the throat and mouth associated with smoking, thus resulting in more nicotine consumption.

Another major concern is the acute lung injury associated with e-cigarette use. Over a period of around eight months, starting in mid-2019, officials reported more than 2,800 cases of vaping-associated lung-injury in the US that were severe enough to cause hospitalisation or death. Although the exact cause was unknown, research by experts at the Centres for Disease Control and Prevention found strong links to a particular constituent of vaping fluid – vitamin E acetate – and possible contaminants, particularly in the bodies of those who were vaping marijuana products.

The conversation around legalising vaping has tended to revolve around its potential to help people stop smoking – but there are increasing concerns that vaping is attracting younger users, particularly those who have had no prior tobacco exposure.

The data is strongest from the US. The 2020 National Youth Tobacco Survey showed that almost a fifth of high-schoolers used e-cigarettes, with nearly 40% of them admitting use for more than 20 days in a month.

This exponential increase in e-cigarette use by the youth, which the US surgeon general called an “epidemic” in 2018, was likely fueled by marketing campaigns targeting younger consumers, manufacturers availing flavours like mint, menthol and chocolate, and – overall – ignorance. A Truth Initiative study in July 2021 found that two-thirds of e-cigarette users aged 15-21 years were unaware that the product contained nicotine.

Dual use is another major health concern – in which individuals use tobacco products like cigarettes along with e-cigarettes. Although the companies that manufacture e-cigarettes argue that the latter will help cease tobacco use, a NASEM report in 2018 found that among those aged 18-35 years, e-cigarette use was associated with more intensive cigarette use, and that those using e-cigarettes the previous year increased their odds of daily cigarette use by 67% and a diagnosis of tobacco addiction by 158%.

The tobacco cessation argument is undermined by manufacturers’ profits being tied to continued use of the product – not reduced use. So it shouldn’t be hard to understand why the largest e-cigarette companies in the world are subsidiaries of the largest tobacco companies. Vaping has the potential to introduce a large number of young individuals to a life-long nicotine habit, putting them on a highway to future tobacco abuse. 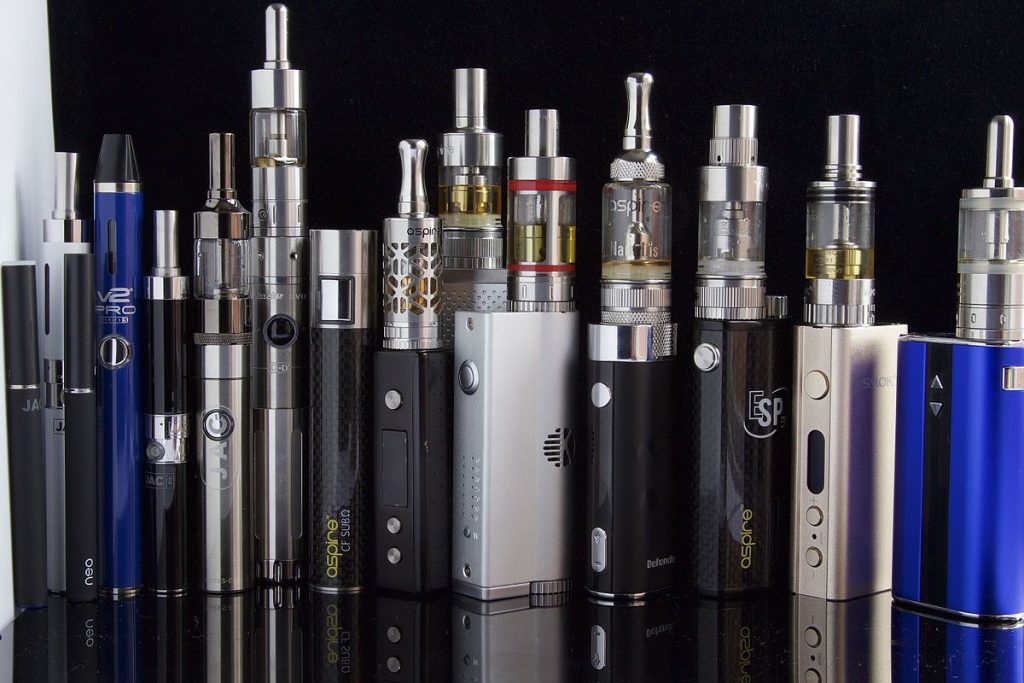 The answer to this question is still controversial. The World Health Organisation does not consider the use of e-cigarettes as a viable method to quit smoking, as there is inadequate evidence. A recent clinical trial involving nearly 900 people found that e-cigarette users were able to quit tobacco at nearly twice the rate of other nicotine replacement therapies (including nicotine patches and gum) after one year (18% v. 9.9%).

However, other research has shown that e-cigarette use improves smoking cessation only in highly-dependent smokers – suggesting that an individual’s degree of nicotine dependence affects this.

Paradoxically, novice users of tobacco, especially on the younger side, may end up with a heavier smoking habit when using e-cigarettes as a cessation tool.

It is notable that the proponents of vaping are the ones contending that vaping is a smoking cessation tool – and not the manufacturers themselves. The office of the Drug Controller General of India has said that it hasn’t received any applications in this regard.

For the vast majority of the population, the benefits of vaping do not outweigh the risks. On the pretext of being an alternative to smoking, e-cigarette use has increased exponentially in those younger than 25 years of age, likely due to deliberate and concerted marketing efforts by manufacturers.

Although vaping is free of tobacco, to suggest it is safe is misleading and untrue. Vaping is hardly a decade and a half old, so it is likely that the chronic respiratory diseases associated with vaping are yet to be fully appreciated. It may be less harmful than cigarettes, but is much more likely to be harmful than other nicotine replacement therapies. And the real-world consequences of this trade-off are almost impossible to determine at a population-level, and will need to be decided on an individual basis.

In places where it is legal and has been approved, vaping is more likely to work among younger adults who are heavily nicotine-dependent and among heavy smokers, and should not be used with anyone else. This nuance is probably also the reason for significant differences in public health policy on this matter, around the world.

A 2019 Public Health England report stated that e-cigarettes were 95% less harmful than smoking, while acknowledging the concomitant risk of youth initiation. A European Respiratory Society report in the same year said the risks of using e-cigarette remain largely unknown, and that that meant neither experts nor policymakers could claim it could be safer than conventional cigarettes (both after long-term use).

India banned the use and sale of e-cigarettes roughly a year ago, citing concerns of a potential smoking epidemic in the younger population. This was a prudent decision in the context of the incidence and pattern of tobacco use in India. India’s tobacco cessation policies have shown success among the youth: the estimated reduction in tobacco use among school children (13-15 years) was above 40% in the last decade.

Additionally, smokeless tobacco – in the form of paan, khaini, gutkha, zardha, etc. – is the pre-eminent form of use in the Indian subcontinent. We don’t know how e-cigarettes will impact this group of consumers. Note, however, that only 4.4% of the 13,000+ Indian adults aged 15-24 years in the 2016 Global Adult Tobacco Survey had heard of e-cigarettes. It is difficult to imagine, then, as to how they might consider e-cigarettes to be an effective cessation tool.

Tobacco cessation is of utmost public health importance, but vaping is not the way to achieve it. There is insufficient data on their long-term effects and on tobacco abstinence – even as a growing body of data and research is showing that e-cigarettes are statistically more likely to become an avenue for millions of adolescents to develop nicotine addiction, at an unprecedented rate, than to be a way to kick the habit.

As a result, legalising vaping and e-cigarettes will undo decades of efforts to control tobacco use, especially in the younger demographic. We need to better understand the longer term effects of vaping, identify who exactly it will benefit and over which other smoking cessation therapies, and how we can prevent it from compounding our existing tobacco-related public health crisis. After that, and if our hypotheses of today are borne out, we need to formulate a good and properly enforceable policy. Until then, e-cigarettes, vapes, etc. should remain banned.