Even in the National Capital Region, Women Struggle to Access Healthcare

From orthodox families to inadequate counselling, too many factors still distance women from basic healthcare, even in the suburbs of Delhi. 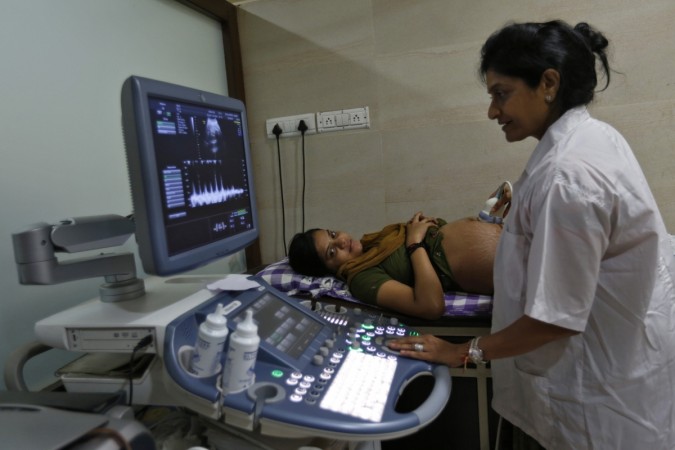 Renu Kumar is a 28-year-old migrant from Rajasthan who works as a gardener at a private university in Sonipat. A graduate in history, Renu (not her real name) works for 12 hours a day and seven days a week, earning less than Rs 10,000 a month. She generally spends half of her income on healthcare and the rest on her household. These days, 80% of her healthcare expenses go into reproductive health.

For the weekly medical treatment she is undergoing, it takes Renu more than an hour to reach a medical officer in Kundli near the Haryana-Delhi border. This means expenses on transport, and sacrificing of a day’s income for not reporting to work.

Recent research has explored the widening gender inequality in India, evident in how differently men and women can access basic social opportunities like healthcare and education. The gendered difference in access to healthcare – particularly sexual and reproductive healthcare – has made the upward mobility of women like Renu extremely difficult. 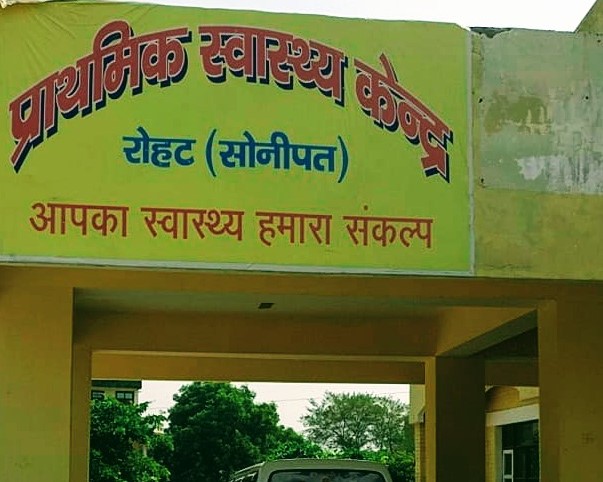 A research group from the Centre for New Economics Studies, O.P. Jindal Global University recently conducted a pilot study in and around Delhi NCR to examine the concerns in access to sexual and reproductive healthcare. The study documented the perspectives of women, healthcare clinics, and doctors.

The study found that the delivery of most basic medical services on the ground lags far behind the need. This is due to orthodox, patriarchal norms within the household; insufficient data; poor official data collection; financial and resource constraints for both healthcare recipients and providers; and inadequate counsel, diagnosis, and insurance.

Most of the women interviewed during the study cited volatile financial conditions as a hindrance to getting regular medical care. With low income, high household expenditure and minimal average monthly saving, private healthcare is not an option. Affording independent health insurance is also a major challenge, and most had no option but to dependen on any limited insurance coverage provided by their employer (only 20% of the women interviewed had insurance coverage). Most insurance companies follow the deductible – deducing insurance premium from salaries – method; in the deductible method, consultancy costs and services essential to reproductive healthcare are not covered. 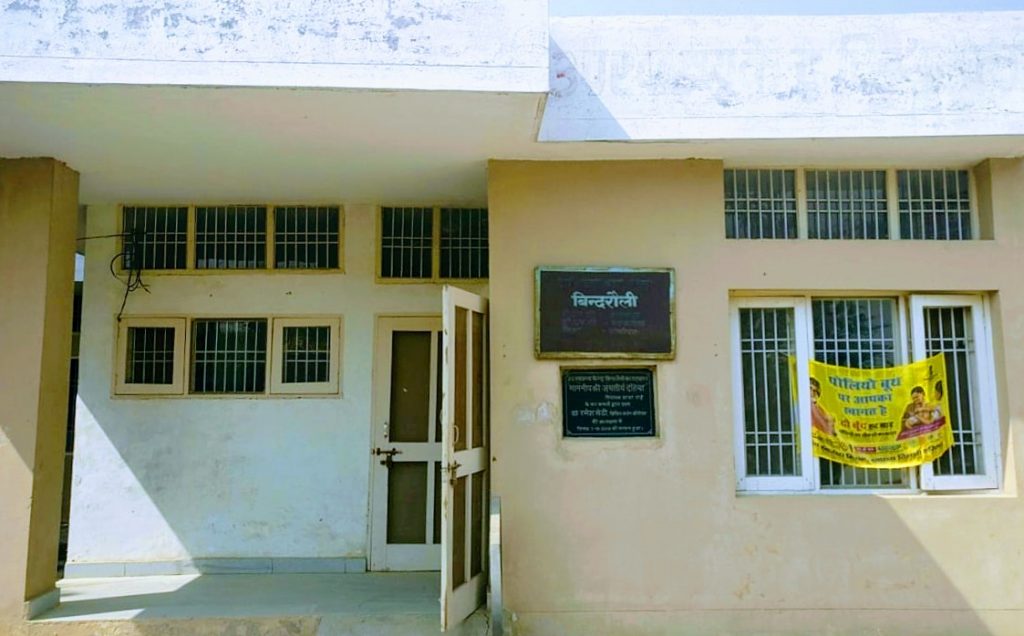 Sixty percent of the women interviewed echoed serious concerns with the travel time spent on availing basic medical facilities and counseling, including during the time of pregnancy. On average, a woman had to travel a minimum of 30 minutes (by car) or 45 minutes (by public transport-excluding time for last mile connectivity) in meeting a doctor, reaching a diagnostic (for any medical tests prescribed) and/or a PHC.

During its five visits made to PHCs and sub-PHCs in Haryana, including in Chatehra village of Sonipat district, the study group found that on an average, 25-30 women visit the facility every week for medication and counseling. Fifty percent of these women are pregnant who prefer to come and seek medication from on-duty doctors. However, 50% of the women interviewed found it difficult to visit the clinic at the duty times specified by the doctor due to clash with their work schedules, similar to Renu’s own case.

Some in-clinic medical officers do organise awareness camps at PHC facilities every month (with support from NGOs) to advise women on matters of reproductive and sexual healthcare. However, both the women and the PHC staff cited the low frequency of such awareness programs as a major concern.

Further, regular absence of medical officers at PHCs still remains a problem. In two PHCs located in the Nahrii and Murthal district area, two assigned doctors were found absent – including one absent on a six-month leave – during OPD timings (11 am-4 pm). The pharmacist present there was on round-the-clock duty and was often consulted by women on medical problems, including those pregnant at the time of their visit to the clinic.

In absence of either a medical officer or a nurse, most pregnant women at “high risk” stage were immediately referred to district hospitals with no support provided, making travel distance worse for them in absence of referral transport facilities to be arranged by the clinic. Also, no on-call duty doctor was appointed for night hours in PHCs and sub-PHCs the research team checked around the Haryana-Delhi border areas of Sonepat and Kundli.

The final leg of the research involved consultations with doctors trained as gynecologists, working in different public and private hospitals in and around Delhi. Lack of awareness among female patients about contraceptives was seen as the major concern for most doctors.

Making contraceptive choices and resolving questions like: “What contraceptive to use?” “When to take the contraceptive?” “Which is the best and most affordable form of contraception?” etc., were the main queries faced by doctors, in spite of all the awareness programmes related to reproductive healthcare facilitated by them.

On an average, most respondents as doctors were seeing around 200 OPD patients and 35-40 in-patients every month. Pain in lower abdomen, infertility and abnormal uterine bleeding were the main medical concerns they encountered. Corroborating the observations of the working women, the doctors cited lack of adequate reproductive healthcare facilities in sub-urban areas as a major concern, which forced more and more women to visit the district hospitals in Delhi to seek medical counsel and treatment. 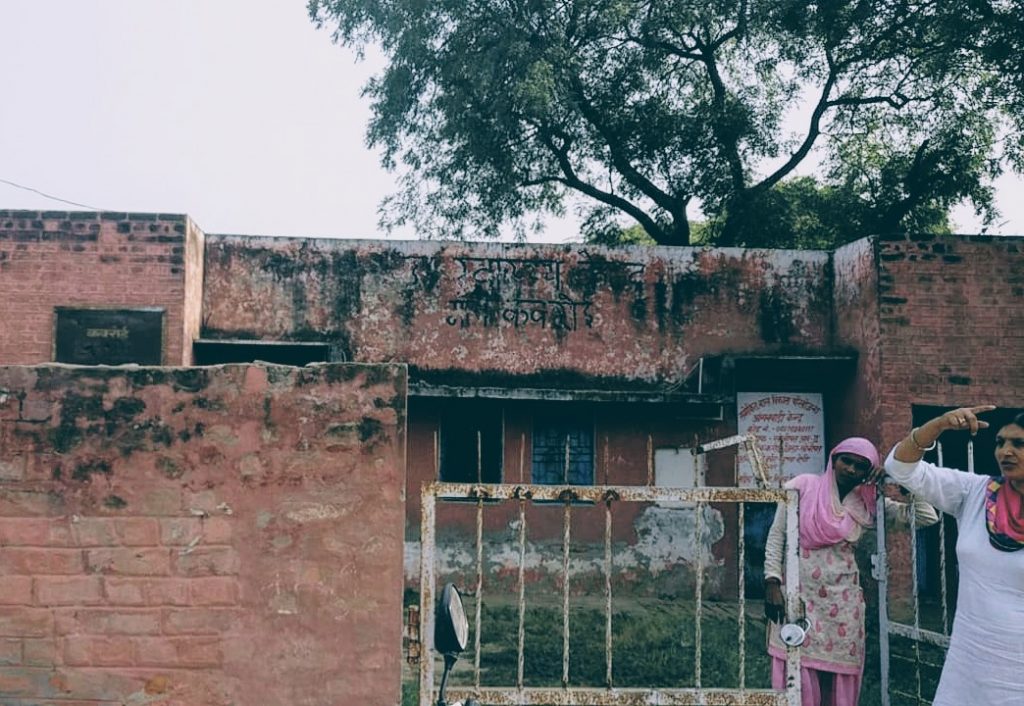 Dr. Narula, one of the gynecologists interviewed in Delhi, said there is a need for greater awareness, particularly through sex education, amongst working women in suburban areas about antenatal checkups, tetanus immunisations during pregnancy, dietary standards and post-partum care in addition to the work needed on contraceptive-awareness.

Also read: Why Institutional Delivery in India Is a Nightmare for Women

She also emphasised how a lack of expert guidance was causing greater confusion on choices and decisions about reproductive well-being.

While low incomes and savings affect women’s ability to seek healthcare from private facilities, another vital concern is the growing distances to basic medical counsel on reproductive concerns – particularly in sub-urban areas in the NCR. There is an urgent need to marshal greater agency support for awareness drives on the sexual and reproductive well-being of women across age groups.

The authors would like to thank Arushi Mishra for her research assistance and interviews of women respondents during this pilot study.