Ebola, COVID-19 and the Moral Injury of Dignity

How global health ended up injuring and wounding the living and the dead during the Ebola crisis. 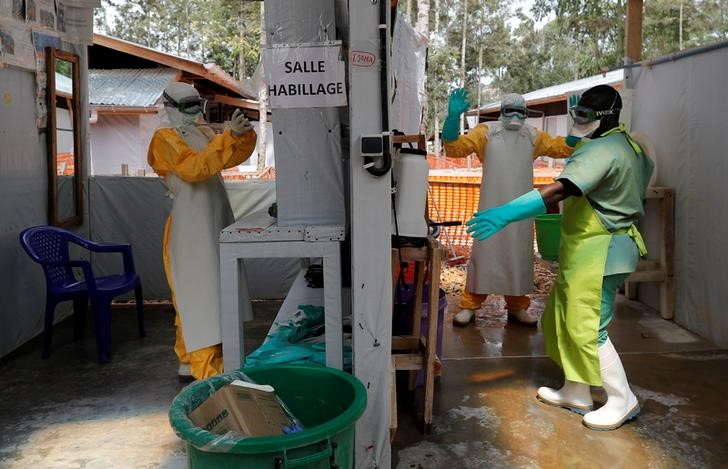 An Ebola survivor who works as a nurse, gets dressed in a protective suit as he prepares to start his shift at an Ebola treatment centre (ETC) in Katwa, near Butembo, in the Democratic Republic of Congo, October 2, 2019. Photo: Reuters/Zohra Bensemra

Before COVID-19, the last “public health emergency of international concern,” according to the WHO, was Ebola. Between 2014 and 2016, a particularly virulent strain of the ebolavirus ravaged Sierra Leone, Guinea and Liberia in West Africa, infecting 28,652 and killing 11,325, becoming the world’s longest and largest Ebola epidemic known to date.

In harrowing scenes that recall India’s tryst with SARS-CoV-2, bodies of Ebola victims were reportedly littered in the streets and piled up outside mortuaries and makeshift Ebola Treatment Units (ETUs), which collapsed or closed down due to the fear of contamination. Entire villages and cities were exposed to the contagion, forcing local communities to relinquish corpses or arrange for them to be ‘secretly buried’.

Epidemiologically, Ebola’s fatality rate, around 60-90%, has been higher than that of SARS-CoV-2, although the latter spreads more easily. The ebolavirus was a zoonosis – caused by a pathogen that jumped from animal to human hosts in what virologists call “spillover events”; SARS-CoV-2 is likely to be zoonotic as well. Yet their modes of transmission differ distinctly. The ebolavirus is a filovirus and spreads through close contact with contaminated bodily fluids, like the blood, sweat, vomit and/or stool of infected persons. SARS-CoV-2, a respiratory pathogen, spreads through droplets produced when infected persons speak, talk, cough, sneeze or breathe.

Agenda-setting institutions like the WHO and the US Centers for Disease Control and Prevention (CDC) have said that while there is little risk of contracting COVID-19 from a dead body, the corpses of Ebola victims are highly contagious. CDC guidelines therefore required trained teams to perform Ebola burials through techniques that prohibited touching or coming in contact with the infected body and so “prevent the spread of the disease among family and in the community.” Official guidelines also required designated burial teams to pick up and prepare the affected body for the funeral and dispose of their personal belongings by burning or burying them. This is unlike COVID-19, in which the CDC claims the family can prepare the body so long as people don PPE. 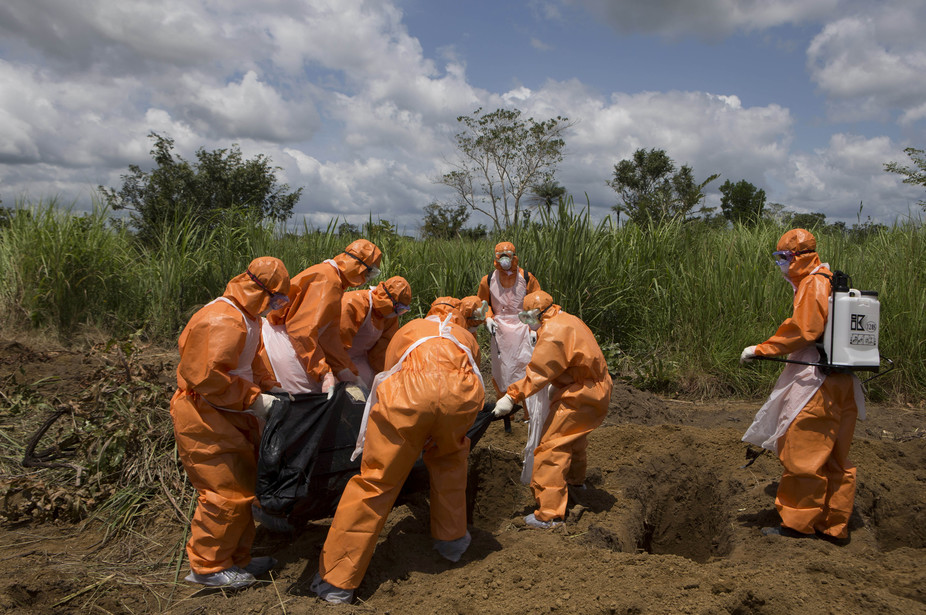 Unlike SARS-CoV-2, CDC guidelines also prohibit families from viewing the bodies of Ebola victims. All this goes to show the risks of post-mortem contamination were dramatically higher during the Ebola outbreak. Against this backdrop, we should be concerned with a particular moral moment in the global epidemic response – the ‘safe and dignified burial’ of Ebola victims.

The infectious diseases expert and medical anthropologist Paul Farmer, author of Fevers, Feuds and Diamonds: Ebola and the Ravages of History (2020), has described how tens of thousands of people, including health workers and volunteers, contracted Ebola in the course of caring for the sick and carrying out caregiving’s final act – burials. Farmer has called Ebola the “caregivers’ disease”. He adds: “Armed conflict left this part of West Africa both a public-health desert, which is why Ebola spread, and a clinical desert, which is why Ebola killed.”

For humanitarian and health agencies involved in the global response to Ebola, the principal and most high-profile arena of disease control thus became the regulation of burials. Yet the global quest to ensure dignity for the Ebola-killed ended up further injuring and wounding the victims and their families. Here’s how.

First, in their very framing, global health agencies that laid claim to being the international arbiters of “safe and dignified burials” implied local practices of caring for the Ebola-deceased (and living) were backward, primitive and detrimental to the virus’s elimination. Global media reportage racially exoticised the African “natives” and characterised their “traditional burials” and “funerary rituals” as “superspreaders”. Local religious and tribal beliefs were thus rendered antithetical and unethical from the point of view of international health agencies and modern Western media.

Third, the material absence of the “staff, stuff, space and systems” of medical care for Ebola victims exacerbated deep-seated distrust among the local public linked to everyday inequalities. Unlike global media portrayals of “native resistance” and local opposition to global health measures born out of superstition, cultural beliefs, primitivism or just native aggression, local reactions were really steeped in chronic experiences of suffering. Those who resisted or outright opposed global measures in the health emergency were invariably those shorn by global policies (like the International Monetary Fund- and World Bank-led structural adjustments), even at an everyday level.

Fourth, the fear of contagion meant all burials – regardless of the deceased’s Ebola status – were meant to be performed by official teams at designated cemeteries. Innumerable dead who didn’t have Ebola were thus interred in ‘mass graves’ and were buried hastily, without the consent of their families. In Liberia, the government imposed a policy of mandatory cremations that hurt local religious sentiments. Writing from Sierra Leone, anthropologist Jonah Lipton noted that teams performed all burials “according to an unfamiliar, bureaucratically-informed biomedical paradigm featuring clinical management and strict procedures oriented towards safety and efficiency.” In reality, however, these prevented post-death customary ritual and community mourning, which are integral to social healing in the region.

Fifth, international agencies like Doctors Without Borders (MSF), the CDC and WHO subordinated local sensibilities to biomedical expertise in the face of the public health emergency. Anthropologist Mary Moran, from the perspective of Liberia, noted, “the knowledge produced about ‘traditional’ funerals focused on a few key practices identified by biomedical professionals as most likely to spread the disease, rather than those aspects of funerals which might be most meaningful to the populations involved .” As a result, resistance and “secret burials” by ordinary people were explained away as stubborn refusals to believe in the superiority of Western medicine rather than as a complete rejection of it. 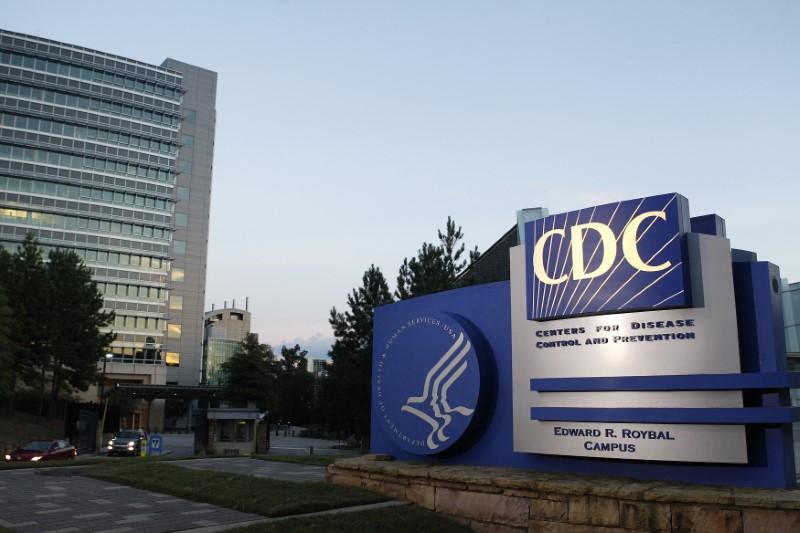 Sixth, international agencies recruited poor local youth, particularly young men, for burial teams on the ground. Living in a context of ceaseless unemployment, unrest, underdevelopment and corruption, these young people shouldered global health’s directives but came to be criticised locally for benefiting from “Ebola money”. On the other hand, their employment conditions were dangerous due to the interminable nature of infections and deaths. In several villages, burial teams were ‘unknown’ to those being buried or their families, and became embroiled in inter-generational status conflicts. According to Lipton, “Their adherence to professional protocol temporarily positioned them as ‘white’ actors who would not work through established ‘black’ networks and conventions where the elite and well-connected could bend the rules in their own favour.” Unable to win succour with local elites, burial teams recruited from among poor local youth were publicly accused of being immoral.

Seventh, WHO guidelines on burials claimed to be based on evidence provided by religious leaders, emergency medical practitioners and even anthropologists who contributed ‘expert’ understandings of local culture in the West African context. But what emerged under the rubric of “safe and dignified” burials were directives that reduced intimate rituals to immutable routines, fixed programs, and mourning itself to the mere act of interment. Under the garb of dignity, mourning became a dehumanised and programmatic form of managing contagion rather than everyday emotions and negotiations of trauma and bereavement. On the ground, global health directives reduced “traditional African” funeral practices to an inferior form of knowledge vis-à-vis biomedical “truth”.

Eighth, not just during the Ebola emergency but even today – five years after the epidemic ended – the fractures of the so-called ‘dignified’ burials are visible in West Africa. Unidentified, unmarked and unknown graves and cemeteries abandoned by national and international agencies remain sites of neglect in Sierra Leone, Liberia and Guinea. As remnants of the distant, dehumanising global health response these plots of land, marked with white inscriptions claiming to be “Safe and Dignified Burial Sites”, continue to be wounds reminding locals of those who became casualties of virulent social conditions and suffered indignities at the hands of international health bureaucracies. Till date, Ebola burials continue to secrete racialised meanings in the eyes of the international media and agencies even as preparations continue for future viral outbreaks. 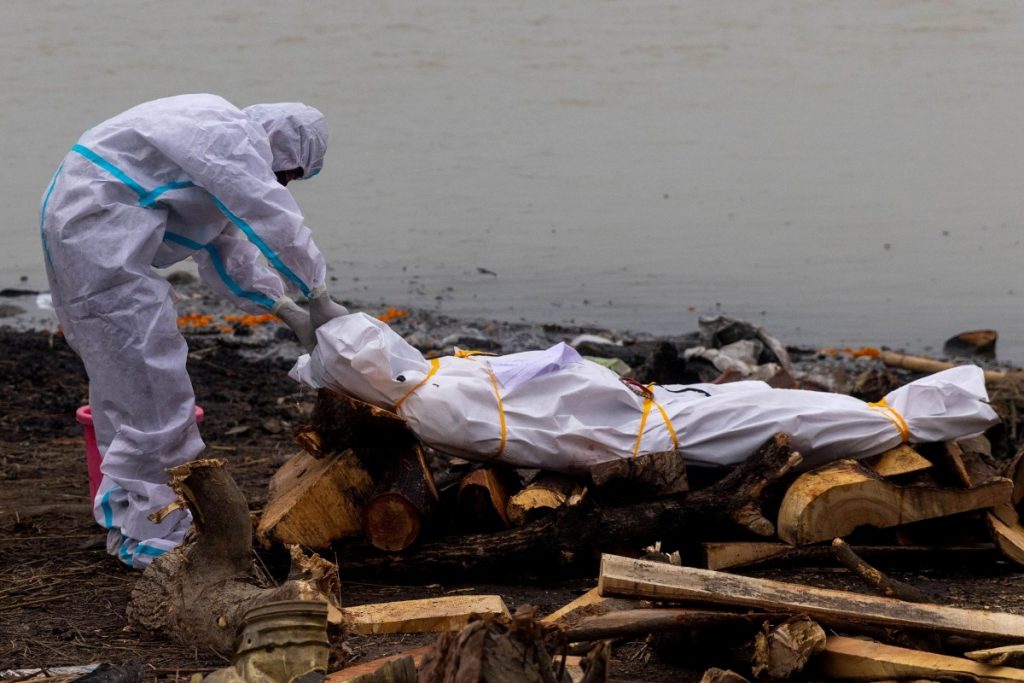 A man wearing a protective suit touches the body of his relative, who died from COVID-19, before his cremation on the banks of the Ganga at Garhmukteshwar, UP, May 6, 2021. Photo: Reuters/Danish Siddiqui

In a recent piece, Sierra Leonean researcher Tommy Mathew Hanson wrote, “crisis response agencies fundamentally misconceived the ways in which death in Sierra Leone becomes a moral concern for the living.” The notion of ‘moral injury’ arises precisely from such contexts of conflict between emergency medicine and its purveyors on the one hand and everyday forms of ethical accounting for life and death on the other. Global health, which most often co-opts local stakeholders into its libertarian agendas through asymmetric power and political-economic relations, thus becomes the modern outpost for a form of planetary wounding so deep and discrete it goes unnoticed altogether.

Moral injury encompasses not only the individual who lacks resilience in the face of profound moral injustice or trauma but also the broken health system that has prioritised politics and profiteering over healing, accumulation over justice and action over accountability. Originally developed within healthcare systems to mark the deep emotional and existential wounds of event-based trauma and distress on clinicians, moral injury can also index the severe biological, emotional, psycho-somatic, behavioural and spiritual consequences felt by survivors, victims, caregivers and witnesses of immoral suffering. These may take the outward – or also inward – form of everyday feelings like helplessness, hopelessness, powerlessness, anguish, guilt and agony felt at one’s inability to counteract moral distress. Over time, these feelings may secrete their residues together leading to deep-seated mental illnesses, breakdowns and post-traumatic disorders.

In delicate moments of public health emergencies, even ostensibly rights-based approaches grounded in global health can inflict deep moral injuries on the living and dead, and whose real impact is felt over time. As with Ebola, the longitudinal impact of COVID-19 is leaving in its wake a series of invisible injuries and wounds arising from the metastatic ethical and moral values around life and death.

An important lesson we must learn from Ebola’s record is that public health interventions will only be successful if they are fully understood and supported by local communities. Global health interventions thus need to be based on strong community support and a deep engagement with the most vulnerable to enable the co-creation of locally appropriate palliation and care.

Nikhil Pandhi is a doctoral candidate in medical and cultural anthropology at Princeton University. He ethnographically researches global health and the socio-cultural determinants of health in India. He is also a Rhodes Scholar.