The e-cigarette industry emerged as an alternative to traditional tobacco, but now it's dominated by Big Tobacco. 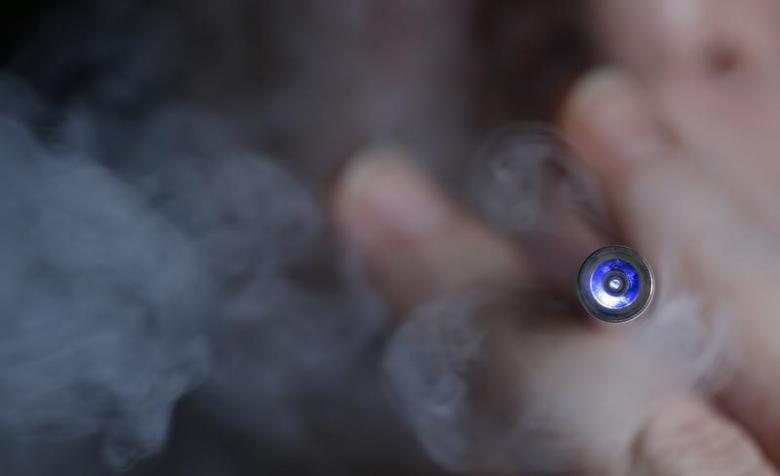 A man uses an E-cigarette, an electronic substitute in the form of a rod, slightly longer than a normal cigarette, in this illustration picture taken in Paris, Credit: Reuters/Christian Hartmann

The e-cigarette industry emerged as an alternative to traditional tobacco, but now it’s dominated by Big Tobacco. 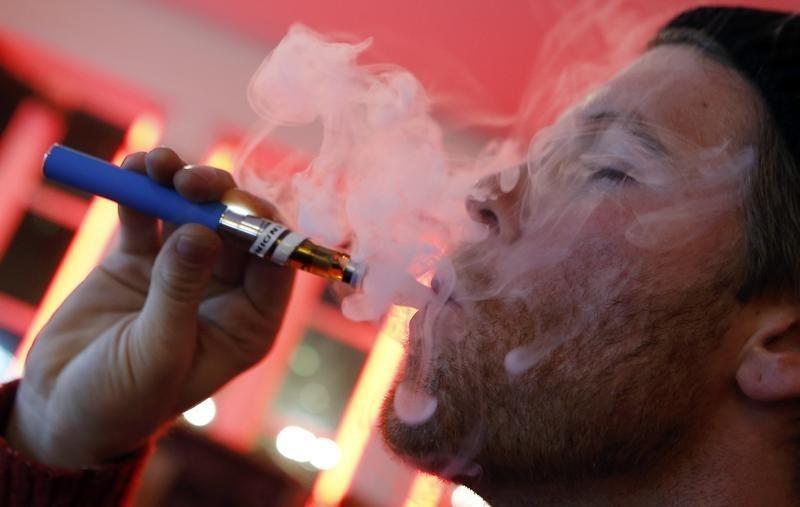 A customer puffs on an e-cigarette at the Henley Vaporium in New York City. Credit: Reuters

The e-cigarette industry has been increasingly viewed as one of the most disruptive changes in the tobacco market, with vapes now commonly perceived as an alternative to traditional tobacco products.

In my own survey of 781 adult vapers, 83% of whom were vape enthusiasts, I found that about 90% were ex-smokers and viewed e-cigarettes as a tool to help them quit smoking — a habit that, according to the World Health Organization (WHO), is one of the biggest causes of preventable deaths worldwide.

Yet an industry that emerged as a potential alternative to traditional tobacco, and was once populated with smaller independent manufacturers, is now dominated by Big Tobacco.

The reason is clear: E-cigarettes are now a multi-billion dollar industry and present a massive growth potential of double digits annually. By controlling this business, Big Tobacco effectively controls its own competition.

Today, some of the most popular e-cigarette brands are owned by Big Tobacco, leading to the industry’s partial transformation into Big Vape.

Given the explosion of e-cigarettes, the increase in the unregulated manufacturing of e-liquids in China and their questionable impact on health, there has been mounting pressure to regulate them just as traditional tobacco products are.

Regulations similar to those for cigarettes

And so Big Tobacco has been lobbying against these regulations — and the independent players are anti-regulation as well. Interestingly, while Big Tobacco and independent companies fight it out for market share, little emphasis has been placed on what the actual consumer prefers in terms of regulations. Vape enthusiasts, after all, are among the most active consumer segment in this industry.

So what do they have to say?

My survey of vapers primarily from Canada and the US reveals a predominantly negative perception of Big Tobacco-owned e-cigarette brands (73%) among adult vapers.

About 80% of the vapers surveyed are brand-aware. Yet, the negative bias towards Big Tobacco persists even in case of consumers who are not aware whether a specific brand of e-cigarette is owned by Big Tobacco.

One key reason for this persistent negative bias is that a large proportion of vapers blame Big Tobacco companies for their past smoking addictions. The proliferation of tobacco companies within the e-cigarette arena perpetuates the feeling of hostility among the vapers.

I also found that vape enthusiasts are widely supportive of specific regulations, such as those related to ethical packaging requirements (72%). Furthermore, up to 90% of the vapers surveyed care about manufacturers’ quality standards on e-liquids, and 84% check quality disclosures before purchasing e-liquids.

Meanwhile, it has also come to light that young vapers in the US and UK are several times more likely to start smoking than non-e-cigarette users.

The WHO suggests that although independent e-cigarette companies have no interest in encouraging tobacco usage, this may not be the case for Big Tobacco, with its interests in electronic nicotine delivery systems. Overall, there is a complementary relationship between vaping and smoking practices for Big Tobacco.

Regulations on e-cigarettes are likely just a matter of time. And when more stringent regulations are introduced, Big Tobacco will be better able to comply given their resource base and their experience with similar regulations on tobacco products.

Independent manufacturers are likely to be pushed out of the market because of associated cost implications. Therefore, regulations are likely to act as a barrier to entry into this highly price-elastic industry, while bolstering the positions of Big Vape/Tobacco.

Amid these dynamics, the active resistance to regulations by independent e-cigarette players could prove harmful — both to their own public image and for the industry as a whole.

By resisting regulations, independent players are not taking into account the regulatory preferences of vapers, especially enthusiasts, who are their avid supporters. This could end up creating a negative image of independent players as hostile rather than developmental.

Also, the emergence of e-cigarettes has been the result of innovations by smaller start-ups, and is often considered to be a consumer-led revolution. 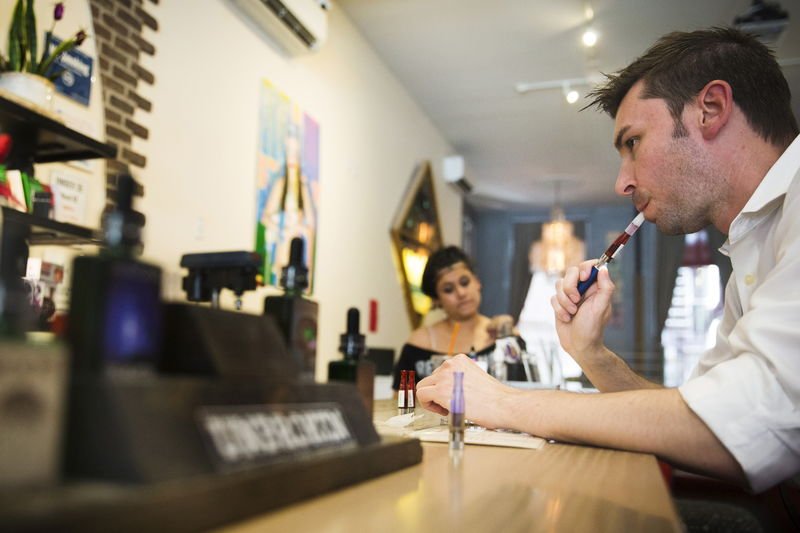 Working together on regulations

Big Tobacco was forced to innovate to compete in this space. It’s therefore going to be more productive if these innovators engage in research aimed at reducing the potential harmful effects of e-cigarettes rather than resisting regulations that are almost certainly inevitable.

One possible way forward for the e-cigarette industry is to develop a transnational private regulation (TPR). A TPR is a coalition of non-government actors, including a variety of business interests, industry associations and special interest groups.

It involves developing a systematic approach to codify, monitor and certify compliance with specific accountability standards.

Several such TPRs exist today, including Responsible Care (RC), which tackles employee and environmental issues in the chemical industry. The Fair Labor Association (FLA) and Fair Wear Foundation (FWF) deal with sweatshops and child labour practices in the clothing and footwear industry.

While these regulations do not involve governments, they are weightier than simply self-regulation. They work particularly well in the case of consumer-oriented companies that sell controversial products, and in situations in which it’s difficult for individual governments to regulate activity spread out across global supply chains.

Following this lead, the e-cigarette industry, specifically e-cigarette associations, must engage in deeper research and collaboration with stakeholders.

They must include manufacturers and suppliers, consumer groups, pharmaceutical companies and health practitioners with the aim of developing private regulations that carefully take into account the risks e-cigarette products pose to the health and safety of vapers and those around them.

When independent manufacturers proactively support such a move, it will enable improvements in quality. It will also secure the support of consumers and governments, paving the way for flexible regulation and maintenance of healthy competition in the industry.