The council said that it “does not share” Aurobindo’s view that the documentary makes people believe that the pharma company is guilty of something it is not. 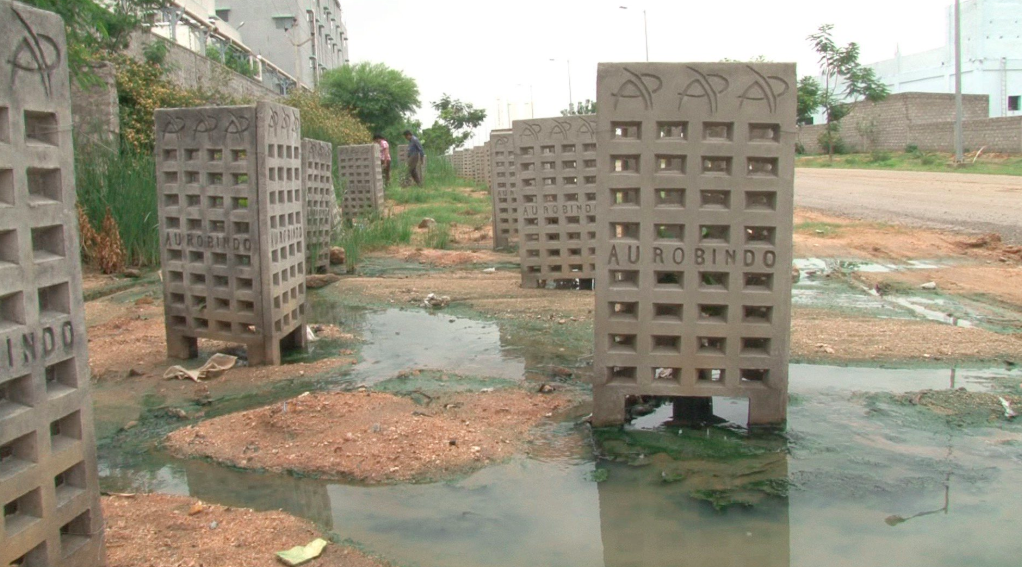 “It smells terrible here,” says Dutch journalist Jos van Dongen in a documentary on Indian medicines that was broadcast in 2018. Red in the face, coughing and sneezing, he narrates what he’s experiencing: “The stench is unbelievable. It affects your airways as well as your eyes.”

The real price of cheap medicines was broadcast in April 2018 by independent Dutch media organisation BNNVARA for their documentary programme, Zembla. The 36-minute film shows van Dongen travelling to Telangana, where he visits a number of sites near the manufacturing unit of Indian pharmaceutical company Aurobindo.

The first few shots of the video show Dongen walking along a gushing river, reportedly foaming from all the pharmaceutical pollutants being let into it by drug companies in the area.

In 2018, soon after the video was broadcast, Aurobindo Pharma BV and APL Healthcare Limited made a complaint to the Dutch Council for Journalism. Aurobindo’s director, V. Muralidharan, even travelled to the Netherlands to speak before the council in November 2018.

Now, in a 6,000 word reasoning, the council has found no merit in Aurobindo’s objections to the documentary and said that “Zembla (BNNVARA) has handled journalism carefully”. It found no fault in the facts reported in the documentary on the environmental and health impacts of Aurobindo Pharma’s manufacturing sites.

This council is an independent and self-regulatory body that passes reasonings on complaints raised about Dutch media coverage. It does not issue sanctions, prohibitions or imposes damages.

What did the documentary say about Aurobindo?

According to the reporter in the video, Aurobindo is one of the four largest manufacturers of drugs sold in the Netherlands, after Teva, Sandoz and Mylan. The episode, one among several on the global drug industry, keeps its focus on Aurobindo. It also includes testimony from local villagers, who alleged that they had to give up their land to the company and that Aurobindo had reneged on the promise of creating jobs.

Zembla reportedly contacted Aurobindo in February and March 2018 with several questions, which included why they were refusing permanent contracts to workers, why salaries were just Rs 6,000 to Rs 8,000 per month and why a trade union was not being allowed to be formed.

They also asked Aurobindo about complaints from local fisher people who said that their trade was suffering because of pollutants in the water. Aurobindo was also asked why it never kept its promise of giving jobs to farmers who gave up their land for the factory in 2007.

The pharma company replied in April and denied many of the claims, and said that it is a fully compliant company:

“Aurobindo produces according to strict legal guidelines as applicable in India, the United States and Europe. The production units are certified and controlled by the regulatory authorities in these markets.”

They also said that their workers receive health and safety facilities and that their “factories are equipped to neutralise and prevent any harmful discharges”.

The company says it does not discharge its wastewater into the Musi River and that “topographically it is impossible for waste water from Aurobindo to end up in the water in question”.

On the matter of land rights, Aurobindo said that it was the local government that had acquired the land and that the pharma company only entered the picture much later, and dealt only with the government.

It added that “Zembla has acted carelessly without reporting any factual basis and sufficient research about Aurobindo in the way it has done”.

In its reply, Zembla said that their reporting was sound and was the result of “extensive, lengthy and careful research”.

In a reply to The Wire, Aurobindo said “Zembla made a number of untrue allegations in the documentary.” The company also said they are considering appealing the council’s decision and they have also complained to the Changing Markets Foundation which contributed some of the information in the documentary.

The council’s reasoned that journalists have a social responsibility to report on the practices of drug manufacturers.

It also said that it “does not share” Aurobindo’s view that the documentary’s “combination of image and text” makes people believe that Aurobindo is guilty of something it is not.

The council said that Aurobindo’s disagreement with the documentary was also given adequate space in the documentary and that the company’s response was also published in full on Zembla’s website.

“This leads to the conclusion that Zembla journalism has acted carefully,” said the reasoning.

The Wire has reached out to both BNNVARA and will update this report if and when either replies.

The ruling was translated from Dutch to English using Google Translate.