In India, antibiotic consumption in animals is not limited to treating infections. They are used widely in animal feed as growth promoters and to prevent expected infections. 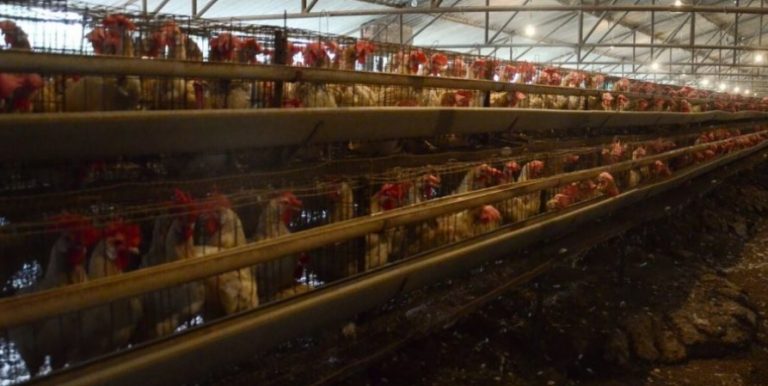 Wary of chicken pumped with antibiotics making its way into Manipur’s markets, a section of poultry and dairy farm owners in the Indian state recently appealed to the state government to ban imports from other states, apprehending “health and economic havoc.”

Manipur is in northeast India, one of the regions charted by researchers as a “hotspot of multidrug-resistance in animals,” in a study published in September.

Hotspots of multidrug-resistance in farm animals were also seen in north-eastern China, northern Pakistan, Iran, eastern Turkey, the south coast of Brazil, the Nile River delta, the Red River delta in Vietnam and the areas surrounding Mexico City and Johannesburg. And areas, where resistance is just starting to emerge, are Kenya, Morocco, Uruguay, southern Brazil, central India, and southern China.

Mapping resistance trends in food animals across low- and middle-income countries (LMICs), the researchers drew attention to antibiotic overuse and misuse in animals (animals consume three times as many antibiotics as humans) in the wake of increasing meat consumption.

They said urgent action is needed in hotspot regions of antimicrobial resistance (AMR) in farm animals, including in India and China. High rates of AMR in food animals have the potential to negatively impact animal health and farmer productivity, as well as human health.

India’s livestock sector is one of the largest in the world, accounting for 11.6 percent of the world’s livestock population, according to a report by ReAct, an independent network dedicated to the problem of antibiotic resistance.

Data shows since 2000, meat production has plateaued in high-income countries but has grown by 64 percent in Asia. The transition to high-protein diets in LMICs has been facilitated by the global expansion of intensive animal production systems, in which antimicrobials are used routinely to maintain health and productivity, according to the study.

Boeckel said that the proportion of antimicrobial compounds in food animals that showed resistance higher than 50 percent shot up overall between 2000 and 2018.

In the run of years from 2000 to 2018, the proportion of antimicrobial compounds that were more than 50 percent resistant increased from 15 percent to 41 percent in chickens and from 13 to 34 percent in pigs and plateaued between 12 to 23 percent in cattle.

For regions where resistance is starting to emerge, the authors said there is a window of opportunity to limit the rise of resistance by encouraging a transition to sustainable animal farming practices.

“In high-income countries, where antimicrobials have been used on farms since the 1950s, should support the transition to sustainable animal production in LMICs—for example, through a global fund to subsidise improvements in farm-level biosafety and biosecurity,” the authors advocate in the study.

“The Netherlands and Denmark have made a tremendous effort to reduce antimicrobial use. But this required investments in clean infrastructure and training of farmers to follow good farming practices and practicing good hygiene on the farm,” Van Boeckel pointed out.

A point-prevalence survey is conducted to estimate the prevalence of pathogens (in our case drug-resistant bacteria in farm animals) in one specific location at a certain time.

Trends and maps developed from this analysis provide a baseline for policymakers in LMICs to improve surveillance, to continue monitoring rates of AMR among food animals, and to target interventions in hotspots where AMR is increasing or emerging, contend Van Boeckel and colleagues.

On an urgent basis, Van Boeckel suggested introducing a government-run national surveillance program in India, along the lines of the European Surveillance of Veterinary Antimicrobial Consumption (ESVAC) or National Antimicrobial Resistance Monitoring System for Enteric Bacteria (NARMS) in the United States.

“As far as we know the only information available in India is from point prevalence surveys from individual scientists rather than a nation-wide government surveillance program such as ESVAC in Europe or NARMS in the USA. This should be put in place,” Boeckel said.

The unmeasured burden of AMR in food animals in India

Kamini Walia, program officer Antimicrobial Resistance at the Indian Council of Medical Research’s Division of Epidemiology and Communicable Diseases, agreed, stressing on an integrated surveillance program to monitor AMR in humans, animals, and the environment just like other countries have.

“We don’t know how much of drug resistance we see in humans is actually contributed by excessive use of antimicrobials in the animal sector. This requires in-depth transmission dynamics studies in our country settings,” Walia, who was not associated with the study, told Mongabay-India.

India is one of the top consumers of agricultural antibiotics worldwide, accounting for 3 percent of global consumption. By 2030, this use is estimated to double, said a CDDEP policy document. Further, the burden of AMR in livestock and food animals has been “poorly documented” in India, notes a 2016 report of the Ministry of Health and Family Welfare in India (MoHFW) and World Health Organisation, India office.

In India, antibiotic consumption in animals is not limited to treating infections. They are used widely in food animals as growth promoters and prophylactically to prevent expected infections. Given that there are few regulations against the use of antibiotics for non-therapeutic purposes in India, with no stringent implementation protocols even when there are regulations, the emergence of AMR from antibiotic overuse in the animal sector is likely to be an “unmeasured burden” in India, the MoHFW report states.

It blames the absence of stringently framed and implemented regulatory frameworks to limit the use of antimicrobials in livestock and food animals, especially for non-therapeutic purposes like growth promotion for being one of the drivers of antibiotic overuse at the community level.

In the context of disease prevention to limit reckless use of antibiotics, Shreya Paropkari of the Humane Society International/India (HSI India) said the problem needs to be examined at the grassroots where unsustainable farming practices hold sway. These practices also shed light on the animal cruelty dimension of the problem.

“For example, when you crowd (egg) laying hens together in tiny battery cages, it contributes to driving up AMR because cramming them together means increased vulnerability to diseases. In anticipation of disease outbreak, the birds are given antibiotics,” Paropkari told Mongabay-India.

Broiler chickens are pumped with antibiotics to fatten them up without investing in too much feed, she said.

“Intensive animal agriculture is not a sustainable method of food production. Its impacts are adverse and too many. We need to enforce existing regulations and develop animal and environmental friendly legislation if we want to have any hope for our future,” Paropkari warned.

Besides, prompt action is yet to follow India’s unveiling of the National Action Plan(NAP) on AMR (2017-2021) that factors in AMR in animals.

“There is a complete section (on AMR in animals) along with agencies who should be steering it. Unfortunately, NAP has no funding; hence, activities have not moved at the pace they should have,” said Walia.

This year, India banned the use of colistin as a growth promoter in livestock but experts expressed doubt as to monitoring and compliance with the ban.

“There are policies on withdrawal of antibiotic use in animals, [for instance,] to give sufficient time for washout before animals are processed for food items. How stringently it’s adhered to and how is compliance monitored is not clear,” said Walia.

Meanwhile, work on a slew of potential solutions is underway to look at the issue of AMR multilaterally.

For starters, a Standard Operating Manual for veterinary antimicrobial susceptibility testing has been developed, as part of a collaborative project initiated by the ICMR and ICAR in 2017, to develop capacity in AMR in the veterinary sector for providing important linkages with the human sector.

India has joined the Global Antimicrobial Resistance Research and Development Hubas a new member, working with partners to leverage their existing capabilities, resources and collectively focus on new R and D interventions to address drug-resistant infections. India’s first National Antimicrobial Resistance (AMR) Hub was inaugurated in September 2019 at ICMR’s National Institute of Cholera and Enteric Diseases in Kolkata, in partnership with the United States.

As alternatives to antibiotic-laced meat and for sustainable protein production, Paropkari batted for lab-based meat and plant-based meat substitutes. HSI has partnered with Centre for Cell and Molecular Biology to develop and promote laboratory-grown meat in India.

This post was originally published on Mongabay and is republished here under a Creative Commons licence.