The Centre said that 51 cases of the Delta Plus variant have been found in 45,000 samples sequenced so far in the country. 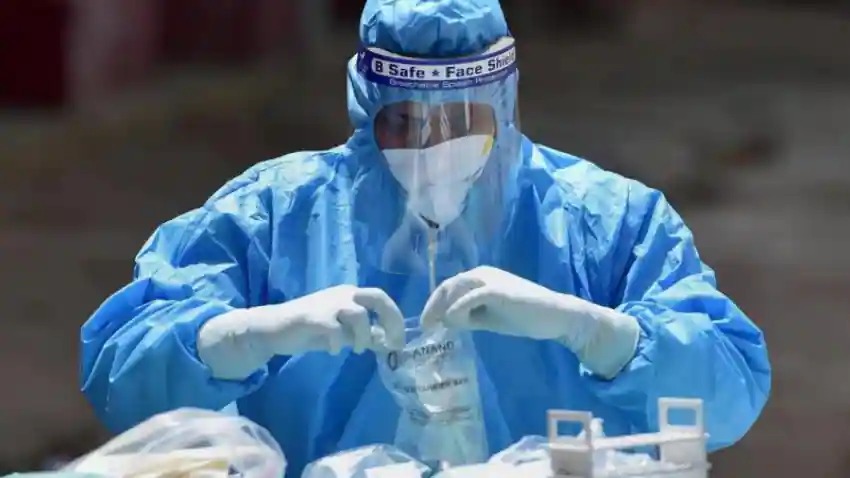 New Delhi: The Union health ministry on Friday urged eight states and union territories to take up immediate containment measures including preventing crowds, conducting widespread testing as well as increasing vaccine coverage on a priority basis in districts where the Delta Plus variant of coronavirus has been detected.

He also urged them to ensure that adequate samples of people who test positive for COVID-19 are promptly sent to the designated laboratories of Indian SARS-CoV-2 Genomic Consortia (INSACOG), so that clinical epidemiological correlations can be established.

Bhushan said the Delta Plus variant of SARS-CoV-2 has been detected in Tirupati district in Andhra Pradesh, Surat in Gujarat, Faridabad in Haryana, Katra in Jammu and Kashmir, Bikaner in Rajasthan, Patiala and Ludhiana in Punjab, Mysuru in Karnataka and Chennai, Madurai and Kanchipuram in Tamil Nadu.

“It has been intimated by INSACOG that the Delta Plus variant, which is currently a variant of concern (VOC), has the following characteristics – increased transmissibility, stronger binding to receptors of lung cells and potential reduction in monoclonal antibody response,” he said.

Bhushan stressed that the public health response in this case, while broadly remaining the same, has to become more focused and stringent.

“Thus, you are requested to take up immediate containment measures in these districts and clusters including preventing crowds and intermingling of people, (conducting) widespread testing, prompt (contact) tracing as well as (increasing) vaccine coverage on a priority basis.”

“You are also requested to ensure that adequate samples of positive persons are sent to the designated laboratories of INSACOG promptly, so that the clinical epidemiological correlations can be established,” he said.

Earlier in the day, the Centre said 51 cases of the Delta Plus variant of the coronavirus have been found in 45,000 samples sequenced so far in the country, with Maharashtra reporting the highest number of 22.

It emphasised that there are still very limited cases of this mutation and it cannot be inferred that it is showing an upward trend.

Sujeet Singh, director of the National Centre for Disease Control (NCDC), said 22 cases of the Delta Plus variant has been found in Maharashtra, followed by nine in Tamil Nadu, seven in Madhya Pradesh, three in Kerala, two each in Punjab and Gujarat, and one each in Andhra Pradesh, Odisha, Rajasthan, Jammu and Kashmir, Haryana and Karnataka.