While Delhi alleged that the Haryana government is blocking oxygen tankers meant for their hospitals, Haryana accused Delhi of "looting" their supplies and said henceforth oxygen tankers will move with police escort. 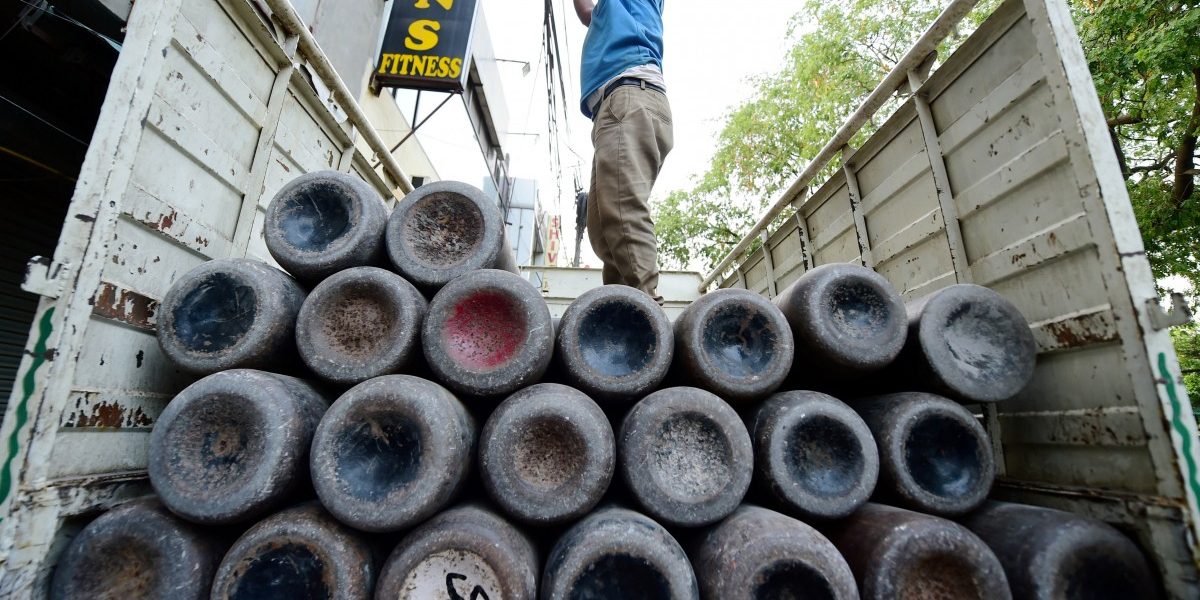 New Delhi: Amid an acute oxygen shortage in the midst of the COVID-19 surge, the Aam Aadmi Party government in Delhi and the BJP-led government in Haryana accused each other of ‘stealing’ oxygen supply by stopping and confiscating vehicles bound for various hospitals.

First, it was Haryana health minister Anil Vij who charged that one of the oxygen tankers of his state was “looted” by the Delhi government while it was passing by the national capital on its way to Faridabad. He added that henceforth armed police would accompany all the tankers carrying oxygen supplies to hospitals.

We are being forced to give our oxygen to Delhi. First, we’ll complete our needs, then give to others. Yesterday, one of our O2 tankers was looted by Delhi Govt that was going to Faridabad. From now, I’ve ordered police protection for all tankers: Haryana Health Min Anil Vij pic.twitter.com/mJ7GPmGTqm

Within hours of Vij’s tweet and direct allegations against the Delhi government, the Aam Aadmi Party leaders in Delhi accused Haryana of stopping oxygen supplies to one of its hospitals, leading to a crisis there.

Delhi deputy chief minister and in-charge of COVID operations, Manish Sisodia, said that the alarming situation of oxygen shortage in Delhi has risen due to increased demand from COVID patients. He said Delhi allocated quota of oxygen was therefore inadequate to meet its current demand.

Sisodia said since Delhi does not produce much oxygen, it is dependent on other states for its supplies. Even otherwise, he said, states do not control the distribution of oxygen and it is the Central government that allocates the supplies.

The minister said Delhi also receives a large number of patients from neighbouring states. He said the Centre has been urged to increase Delhi’s quota from 378 metric tonnes to 70 metric tonnes. But no decision has been taken by the Centre on this as yet.

He said around 18,000 COVID patients are admitted in Delhi’s hospitals right now and therefore its quota of oxygen should be increased in keeping with its demand. He said several hospitals were facing problems in securing their oxygen supply.

The Minister said there was a crisis in a hospital as it was to get its oxygen supply from a plant in Faridabad but a Haryana government official had gone there and stopped the trucks, saying they would only provide oxygen for Haryana now. He said the states have no right to stop supplies meant for others like this.

Sisodia added that after the issue was raised with the authorities concerned, the oxygen supply for the Delhi hospital was allowed from the Faridabad plant.

During the course of this crisis that emerged at St. Stephen’s Hospital, its associate medical director Dr. John Punnooses was quoted by Newslaundry as saying that they only had oxygen to last another four and a half hours.

“Our supplier of oxygen is Linde and the plant is in Faridabad,” he said. “Authorities of the Linde organisation informed us that the plant has been sealed by the Haryana government and they will not be able to supply us oxygen. The oxygen supply at the hospital will run out by 8 pm. We have 300 Covid patients who are admitted and are receiving oxygen,” the official told the news portal at 3:30 pm.

The issue was widely flagged on social media and thereafter news channel NDTV also reported that the oxygen supply to Holy Family Hospital and Sir Irene Hospital had also been blocked by the Haryana government as it had stopped the tankers bringing them.

However, Faridabad deputy commissioner Garima Mittal denied that the state had sealed the plant or was stopping any tankers from leaving the state. By 6 pm the situation changed and St Stephen’s Hospital confirmed that the oxygen supply was on the way.