The unprecedented surge in cases, especially in the last few days, has left other doctors and medical experts worried. 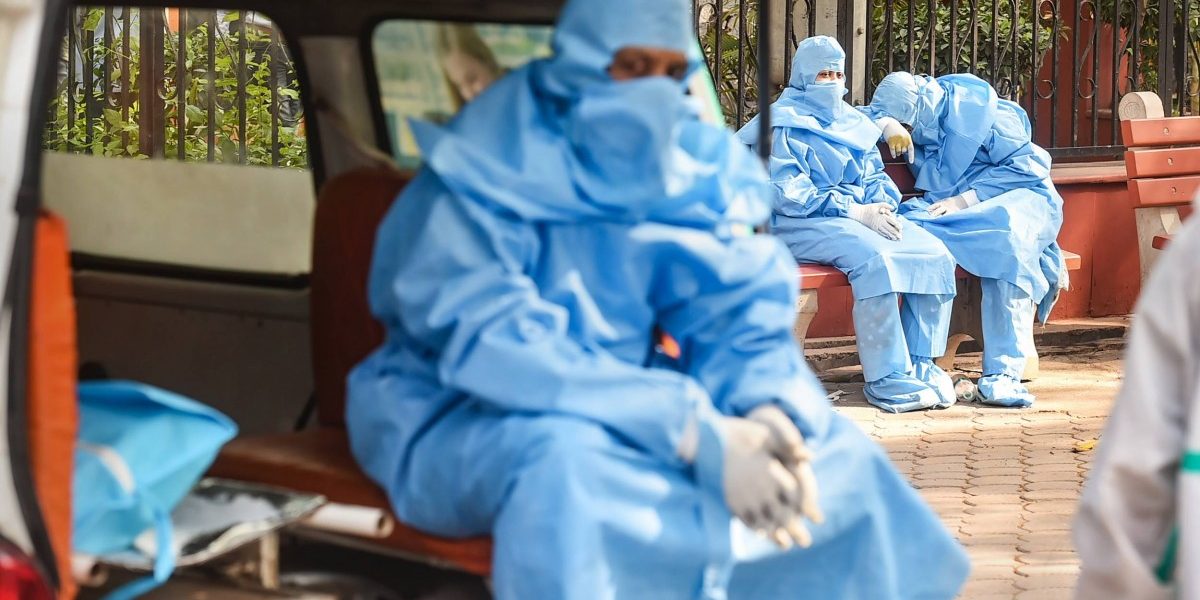 New Delhi: In just a matter of weeks, Delhi has become the worst-hit city in the country in the ongoing coronavirus pandemic, a situation that some doctors are describing as an “absolute rampage.

Delhi recorded 16,699 fresh cases of COVID-19 on Thursday, and 112 fatalities from the infection a frightening positivity rate of 20.22 per cent, the highest ever since the start of the pandemic in March 2020, according to data shared by the health department.

The previous highest positivity rate till the third wave, was on November 14 last year at 15.33%.

With an exponential rise in cases, the national capital has left far behind the financial capital Mumbai, which at one point was the largest COVID hotspot in the country.

Mumbai’s single day peak so far has been 11,163 cases, registered on April 4, according to officials figures.

“It is an absolute rampage in the city. Young and old, vaccinated or not vaccinated, the virus is just hitting everyone. Delhi’s situation is grim,” said Dr Suranjit Chatterjee, a senior consultant at Apollo Hospitals here.

While Delhi’s numbers were lower than on Wednesday, that was because it conducted much fewer tests about 20,000 less, leading to a positivity rate of 20.22 per cent.

The unprecedented surge in cases, especially in the last few days, has left other doctors and medical experts baffled, with some conjecturing that the virus has mutated and assumed so many different strains, some of which are far more infectious than others.

“Given the surge in cases in the last few days, it is an absolute rampage. We will have to watch for the next few days, as far as hitting the peak of the wave here is concerned,” said Dr Avdhesh Bansal, a pulmonologist at the Apollo hospital.

“Also, in this wave, the severity is such that in many cases, either majority of family members or all family members are getting infected,” he added.

He also felt that vaccination for the general masses “started a bit late” and many frontline workers did not opt for the vaccine, leading to its “wastage”.

“Early vaccination could have given a protective layer to large number of general masses,” the doctor said.

He said about two per cent of the people admitted to hospitals are dying.

The other reason for the surge was the carelessness of people who assumed the pandemic was over when Delhi’s numbers went down dramatically in February.

A Delhi government hospital doctor, on the condition of anonymity, said, “people had thrown caution to the wind, and were socialising and partying with gay abandon again. This has led to the surge too”.

Bansal also expressed worry about the huge number of people testing positive from the Kumbh Mela area in Haridwar, who run the risk of infecting others.

Over 1,700 people have tested positive for COVID-19 in the Haridwar Kumbh Mela area from April 10 to 14 confirming fears that one of the world’s largest religious gatherings may contribute further to the rapid rise in coronavirus cases.

That figure was surpassed on April 11 when 10,774 cases were recorded.

Since then Delhi has been on an upward spiral with 13,468 cases on Tuesday, and eventually 17,282 cases on Wednesday.

Compare that with the situation in March: Delhi had registered 23,141 cases and 117 deaths that month. In comparison, Mumbai had 88,710 cases and 216 fatalities in March.

Richa Sareen, consultant, pulmonology at Fortis Hospital here, said, “Given the pace of spread, it definitely seems there is a different variant in circulation and it is more infectious than the previous one.”

She said the younger population was getting more infected as elderly have mostly got vaccinated, and the older population is more at home. But the younger people have been going out and meeting others or socialising, partying or travelling, which increases the chance of infection, Sareen said.