The number of active COVID-19 cases stood at 22,629, while 7,695 people have recovered, and one patient has migrated, the ministry said. 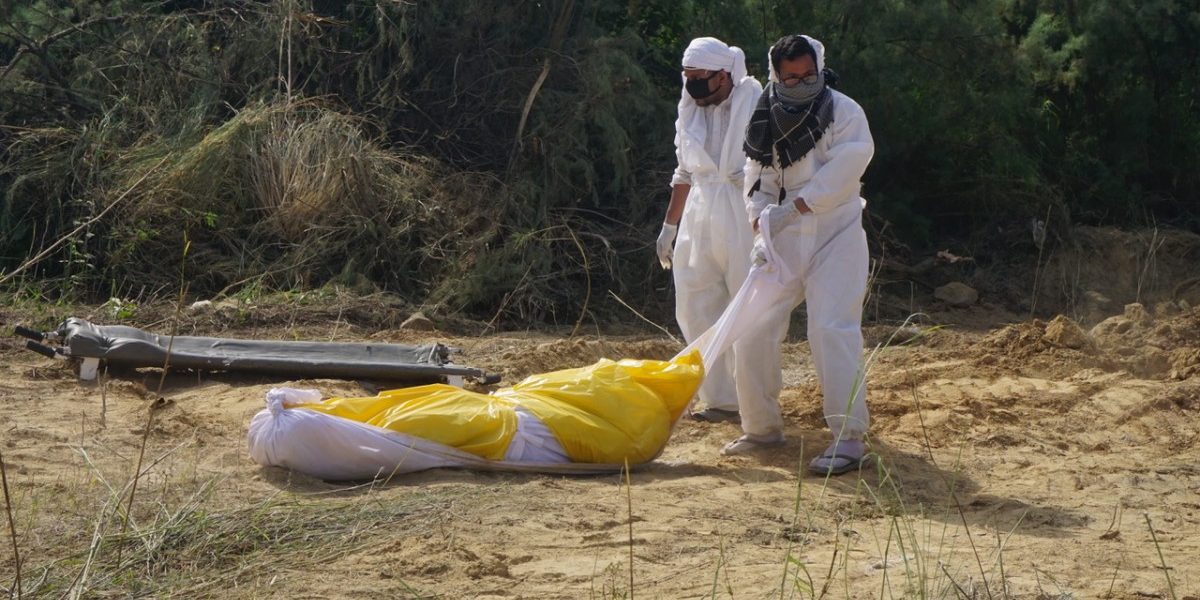 The process of burial taking place of coronavirus patient Ali, a 62-year-old from Nawab Ganj area of New Delhi who died today at Bara Hindu Rao hospital. With few family members and friends the burial went on at the with full precautions. The graves are unmarked as bodies are filling up daily at the burial ground in Central District. Photo by Shome Basu/The Wire

New Delhi: The death toll due to COVID-19 rose to 1,007 and the number of cases climbed to 31,332 in the country on Wednesday, according to the Union health ministry.

The number of active COVID-19 cases stood at 22,629, while 7,695 people have recovered, and one patient has migrated, the ministry said.

The total number of cases include 111 foreign nationals.

A total of 70 deaths were reported since Tuesday evening of which 31 fatalities were reported from Maharashtra, 19 from Gujarat, seven from Madhya Pradesh, five from Rajasthan, three from Uttar Pradesh, two from West Bengal and one each from Jammu and Kashmir, Punjab and Tamil Nadu.

The death toll reached 26 in Telengana, 25 in Tamil Nadu, 22 in West Bengal while Karantaka has reported 20 deaths.

Punjab has registered 19 fatalities so far. The disease has claimed eight lives in Jammu and Kashmir, four in Kerala while Jharkhand and Haryana have recorded three COVID-19 deaths each.

Bihar has reported two deaths, while Meghalaya, Himachal Pradesh, Odisha and Assam have reported one fatality each, according to the ministry’s data.

Also Read: 5 Ways in Which ICMR Is Being Part of the Problem Instead of the Solution

Haryana has reported 310 coronavirus cases, while Odisha has 118 cases. A total of 103 people have been infected with the virus in Jharkhand and 54 in Uttarakhand.

Chandigarh has reported 56 cases, Himachal Pradesh has 40 cases while Assam and Chhattisgarh have registered 38 infections each so far.

Andaman and Nicobar Islands has 33 COVID-19 cases while Ladakh has reported 22 infections so far.

Manipur and Tripura have two cases each, while Mizoram and Arunachal Pradesh have reported a case each.

“Our figures are being reconciled with the ICMR,” the ministry said on its website.

States wise distribution is subject to further verification and reconciliation, it said.