Dear Men of #MeToo: Abuse Is Behaviour, Not a Symptom of Mental Illness

When abusers bring mental health issues as an excuse to their behaviours it gives birth to a misinformed and ableist narrative. 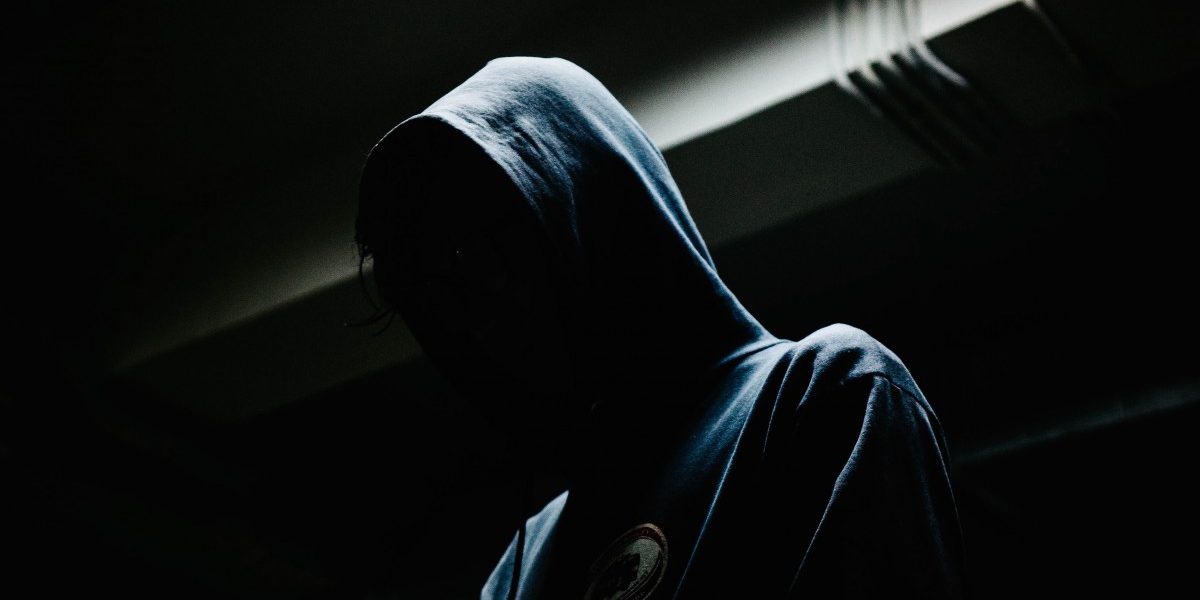 The #MeToo movement has helped many women come out with their stories of sexual harassment and abuse at the hands of powerful men. It has also highlighted the problems associated with mental health. Many women have spoken up about the impact of these incidents on survivors and understanding why women take time to come out in the open with their narratives. At the same time, the more catchy mentions of ‘mental health’ have been furthered by the men accused of sexual harassment and assault themselves, through their carefully-worded apologies.

Mayank Jain, a journalist at the Business Standard, comedian Utsav Chakraborty and Abhishek Upadhya, an editor at India TV, attempted to use their mental health issues as a defence after being accused of predatory behaviour by several women. Words like “struggle”, “disease”, “seeking help” and “therapy” were littered on their Twitter timelines. These words say things that these men want us to know – but do they really matter? And why talk about it now?

Putting bad mental health on the table when you’re accused of misconduct is a common gambit. After the poet Mary Karr wrote about how her former partner David Foster Wallace had abused her physically and emotionally, a lot of backlash focused on Wallace’s mental health issues. In a personal essay for the New Yorker, celebrated author Junot Diaz talked about the repression of his childhood abuse and linked it to the accusations of assaulting and harassing multiple women. The courtroom trials of Roman Polanski mentioned his ‘mental illness’ several times, following his arrest for sexually abusing children.

The similarities are clear. All these men, and many others, influenced generations with their work in literature and the media, suffered from mental health issues and abused those who seemed less powerful. However, it would be amiss to connect abuse and mental health.

First off, there are similar patterns of violence perpetrated by people with as well as without  a mental illness. “The intersection of abusers with mental health issues is very thin,” Sadaf Vidha, a Mumbai-based psychologist whose clientele includes survivors of gender-based violence, says. “Think about it while reversing the roles – when women or minorities suffer from mental health issues, do we see them automatically abusing or assaulting other people?” 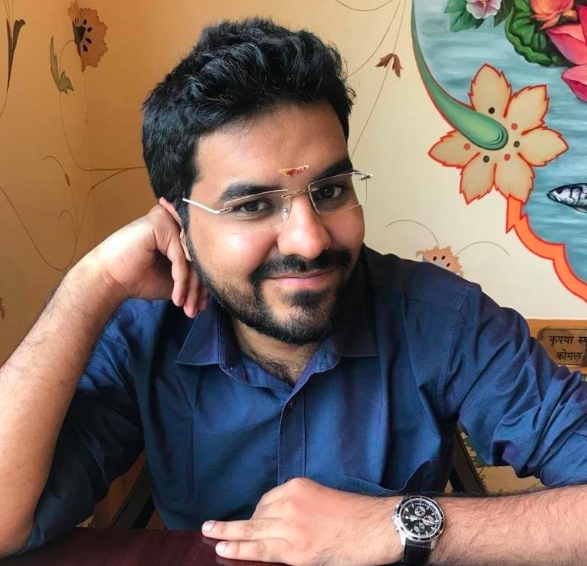 The association of mental illness with abusive behaviour isn’t new; the ‘insanity defence’ is probably its most famous byproduct. Researches have been exploring this relationship for decades and have found prevalence of mental illness in convicted sex offenders, but no signs of a clear cause-effect has been found.

A 1999 study by Jenny Muzos of the Australian Institute Of Criminology dispels the myth that violent behaviour is associated with mental illness. It found that characteristics of crimes such as homicides committed by offenders diagnosed with a mental disorder were no different from those of crimes committed by other offenders.

After a undertaking series of studies, Nancy Erickson, an attorney and consultant on domestic violence and legal issues, concluded that while mental illness may or may not exist in abusers, the abuse they inflict is a behaviour and not a symptom.

A meta-analysis of several studies by Andrew Klein, a professor of law at the Indiana University, Bloomington, and funded by the US Department of Justice, for the Battered Women Justice Project states that men who abuse are no more likely to suffer from mental illnesses than the ordinary population. Their paper reads, “Although batterers may suffer from depression or low self-esteem after being arrested or restrained, these conditions have not been found to have caused the abuse.”

Jaydip Sarkar, of the Institute of Mental Health, Singapore, asserted in a 2013 review of the assessments of mental health of sex offenders in India that rape, sexual harassment and other predatory behaviours are not necessarily the result of having a mental health problem.

The issue of perpetrators using stress as a result of work and/or substance abuse as an excuse was discussed in a 1999 review by Sarah Buel, a lawyer and professor at Arizona State University. Buel spent three decades working with survivors of domestic violence and concluded that though violence cannot be caused by stress, stress could exacerbate violence.

When abusers use mental health issues as a shield, it adds to a frightening, misinformed and ableist narrative. “Men directly or indirectly saying that abusive tendencies are due to mental health issues, is just another version of ‘I couldn’t control my desire/anger’,” Vidha added. “This is a very well-known pattern. Abusers will blame health, external environments or the victims, anything that allows them not to take responsibility for their misuse of power.”

The work of Lundy Bancroft

Jain’s tweet about him seeking therapy to “reform himself” was similar to Mark Halperin’s lengthy apology for reportedly assaulting about half a dozen women during his time at ABC News, in the early 2000s. In his statement, Halperin said he sought mental health counselling after he left ABC.

Please read my statement below. pic.twitter.com/8ld8k8DC6O

Lundy Bancroft spent years studying and counselling abusive men. In his 2002 book, Why Does He Do That? Inside the Minds of Angry and Controlling Men, Bancroft discusses the myth behind using mental health as a reason to abuse as well as to feed misguided beliefs that perhaps treatment that can ‘fix’ these men.For example, on Diaz’s reference to his childhood abuse, Bancroft writes, “… abusive men may find that accounts of childhood abuse is one of the best ways to pull heartstrings.”

Bancroft states that people have the potential to overcome emotional injuries from childhood and the impact of these injuries need not push the person to inflict same behaviour on others.

When Chakraborty mentioned his mental health, he was attempting to sneak it into his apology and lay the ground for sympathy. Bancroft pointedly dismisses this, writing “… abuse is a problem of values and not of psychology. Mental illness does not cause abusiveness anymore than alcohol does. Perceptions of life circumstances in these men are accurate, their minds work logically and they understand cause-effect.”

The same goes for Jain’s excuse and Upadhya claiming to seek professional help to address “these issues”. Bancroft continues, “I have yet to meet an abuser who has made any meaningful and lasting changes in his behaviour through therapy regardless of how much insight he may have gained.” He also writes that professional help will only help make them “happy, well-adjusted” abusers because interventions like psychotherapy can only address issues they are devised to address, and abusive behaviour isn’t one of them.

It is also important to differentiate between two types of destructive behaviour. One is where severe mental disorders like mania could cause a person to become destructive, as a result of which they may end up hurting the people around them. The other is where the destruction is intentional and isn’t motivated by the illness.

Also Read: Talking About #MeToo – a List of Definitions

Of course, none of these means that any mental health issues these men may have are invalid or non-existent. They are likely to be as distressing for these men as they are for anyone else. However, the distress does not have anything to do with their inability to understand consent or the agency of the women.

“We are a patriarchal society and allowing mental health issues to become an excuse for abuse or assault will lead to massive misuse of policies and laws like the Mental Health Act,” Vidha said about the consequences of people buying into these connections. “We need to differentiate between what socialisation teaches men that is ‘okay to do’ and what their mental health conditions lead them to do.”

Mental health issues and predatory behaviour can coexist in a single mind but with some distance between each other. There are people who do suffer from a mental illness and are abusive towards women – and there are also people with a mental illness who do not engage in such behaviour. This is where human psychology takes a step back and calls value systems to the stage.

Prateek Sharma is a student pursuing a master’s degree in clinical psychology, a researcher and a mental health activist working to promote inclusive mental health care in India. He tweets @prateekshawarma.