The heads of India's COVID response effort lauded vaccines for the big difference between the number of deaths due to the disease between the two waves. 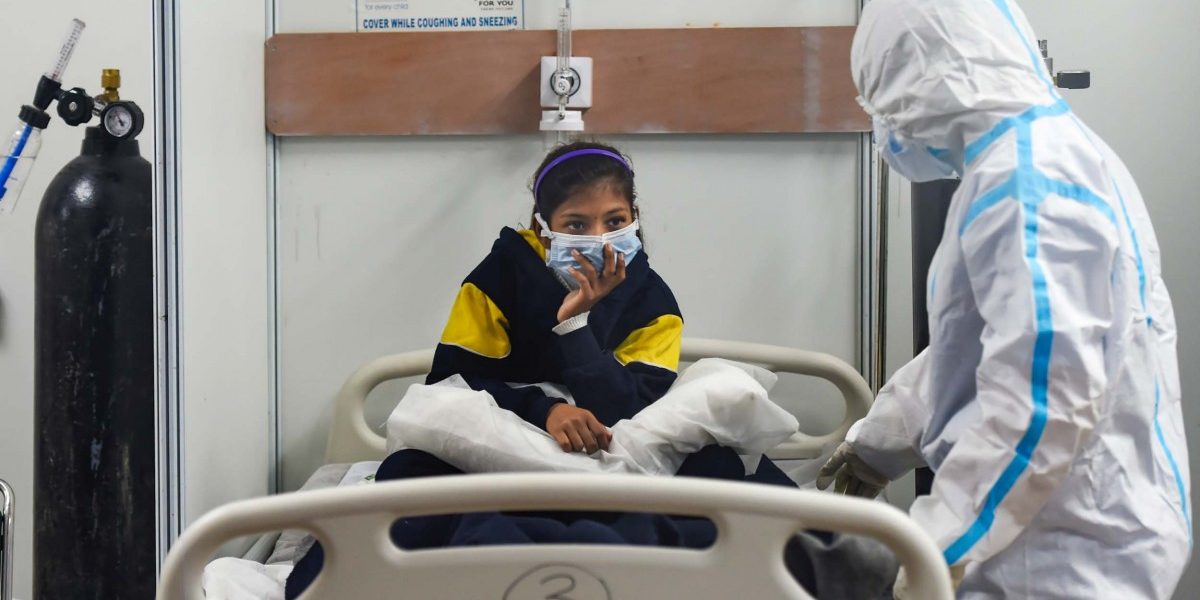 Bengaluru: On January 20, at the weekly press conference about India’s COVID-19 response, senior members of this effort lauded vaccines for the big difference between the number of deaths due to the disease between the second and the ongoing third waves.

According to a presentation bearing the Union health ministry insignia and shown at the press conference, the number of daily COVID-19 cases being reported now is comparable to the number of such cases at the height of the second wave – around 3 lakh per day. However, officials at the presser said that the number of deaths differed by an order of magnitude: around 3,000 per day in May 2021 versus 300-400 per day now.

On page 8 of the presentation (see below), under the title “Comparison of the key indices during the 2nd and 3rd surge in India”, the officials presented two graphs. Some accompanying text on the side said that during the second wave, which played out around April-June 2021, the fraction of fully vaccinated people topped out at 2%. But as of January 20, according to the page, the fraction of fully vaccinated people has now climbed to 72% (of eligible adults). 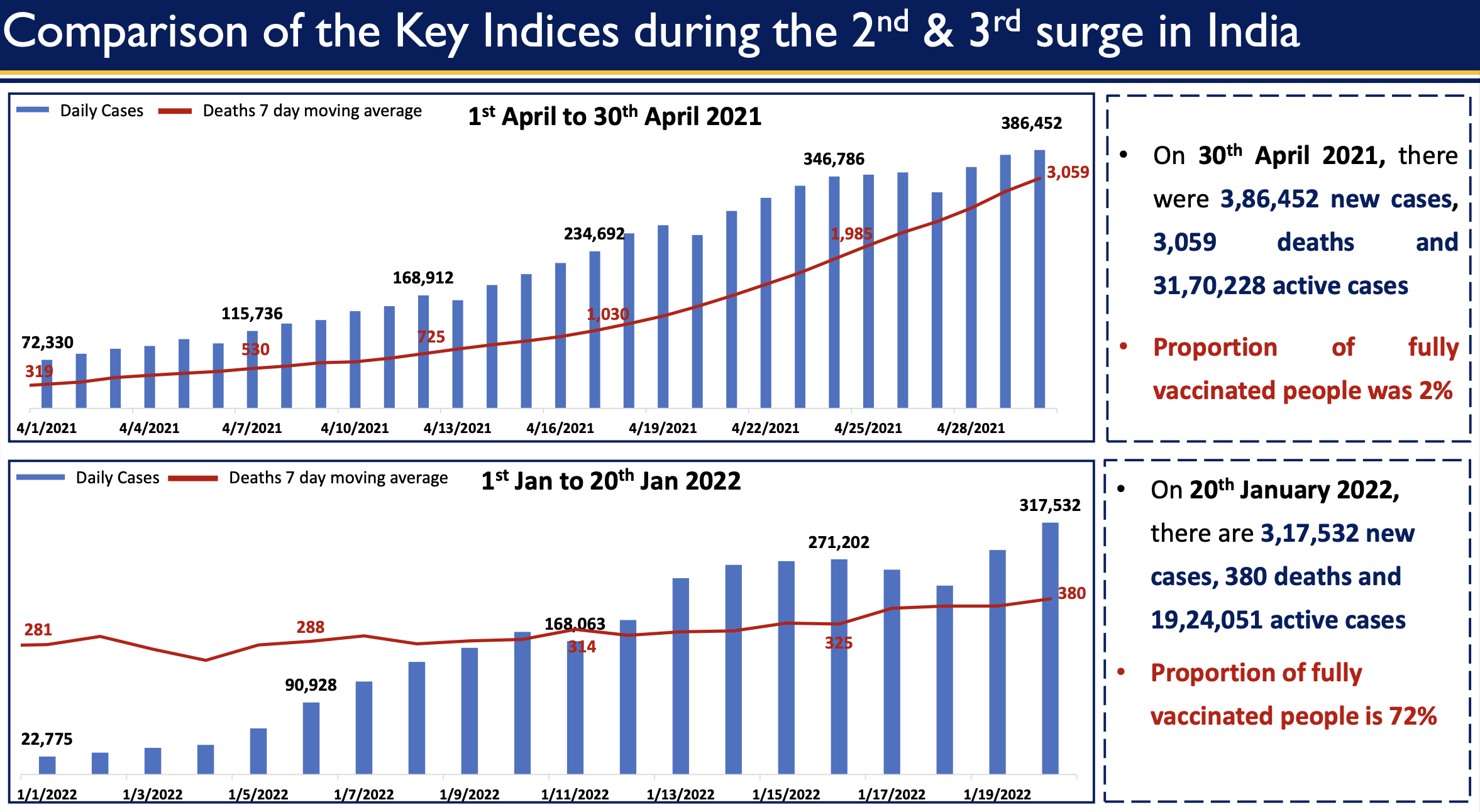 Page 8 from the presentation at the Union health ministry press briefing on January 20, 2022. Source: MoHFW

The Bharatiya Janata Party, in power at the Centre, has often tried to take credit for the COVID-19 vaccination drive, in dubious ways. It rammed through the approval for Covaxin even before it had been properly tested. It plastered vaccination certificates with Prime Minister Narendra Modi’s photo – probably rendering India the sole country to do so. It artificially pinched the supply of vaccines in order to make more doses available on days significant for the party’s agenda, such as Yoga Day.

The prime minister even made a national televised address to announced that his government had delivered 1 billion COVID-19 vaccine doses – forgetting that any country with 500 million people would automatically achieve this feat.

But as much as government officials would like to believe vaccines are solely responsible for the vastly different numbers of deaths, they are also pushing two major confounding factors under the rug.

First, the dominant strain during India’s second wave was the delta variant, which – unlike the currently dominating omicron variant – wasn’t (and isn’t) likely to cause less severe disease in and of itself. And the Indian government, including Prime Minister Modi, helped this variant spread far and wide by allowing the Kumbh Mela to proceed, calling it off only after millions of pilgrims had attended and intermingled at the event.

Second, the second wave was particularly deadly in North India because of an acute shortage of healthcare infrastructure and medical oxygen. Scroll found at the time that the Indian government took eight months to “invite bids for over 150 oxygen generation plants”. Then, even six months after the final bids were selected, most oxygen plants hadn’t been set up. And both these delays happened during the epidemic, not before.

What came to the rescue was an informal, citizens-led effort on social media platforms that helped desperate patients and their relatives find oxygen cylinders and beds around the country.

In fact, there is clinching data even now to suggest that many states in the country – including Delhi, Gujarat, Maharashtra, Tamil Nadu, Telangana and Uttar Pradesh – have been underreporting COVID-19 deaths. In Gujarat’s case at least, state officials said they were simply following ICMR guidelines: to exclude people who died with COVID-19 but whose deaths could be attributed, for mysterious reasons, to their comorbidities.

So if we made the dejecting assumption that a similar number of deaths were rendered ‘missing’ in both periods, we still have three differences between the number of deaths during the two waves: increase in vaccination coverage, a different variant being in circulation and a national government that required widespread devastation to prepare better for the epidemic.

Would the government like to take credit for all three?