The UP government banned pan masala on March 25 because it makes consumers spit, thus increasing the risk of coronavirus. But last month, even as infections are rising, the state made a U-turn. 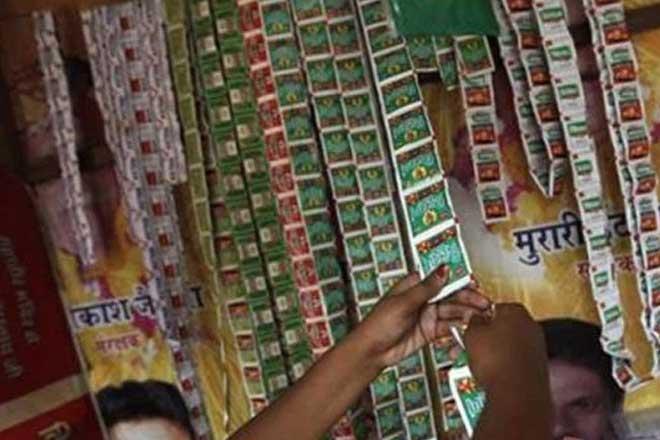 Lucknow: Can a company’s donation to the PM CARES fund serve as a license to ignore the risks associated with its product at a time of COVID-19?

This is the question which emerges from the plea taken by Dharampal Satyapal Ltd – manufacturer of the ‘Rajnigandha’ brand of pan masala – in the course of a public interest litigation (PIL) moved before the Allahabad high court this week.

The PIL seeks a ban on the sale and use of pan masala in view of its potential to spread the deadly corona virus (its users tend to spit). In response, Rajnigandha stated in its affidavit that it “is aware of its responsibilities in this grim moment. The applicant has contributed Rs 10 crores to the ‘PM Cares’ fund and has spent another Rs. 10 crores to aid and assist organisations involved in the fight against corona.”

The affidavit, which came in the public domain on Monday, goes on to add, “This includes reserving hotel beds for doctors (corona warriors) in Noida, food and ration to the needy, support to the Gurudwara Prabandhak Samiti to continue their ‘langars’ for the needy.”

Interestingly, the ban on the sale of pan masala was ordered by the Uttar Pradesh government on March 25, in the larger interest of “public health”, shortly after the national lockdown was announced. The Union government too had drawn the attention of all state governments towards the threat that the chewing and spitting of pan masala could pose and accelerate the spread of COVID-19.

Curiously, even as coronavirus cases were on the rise in the state, the UP government chose to lift the ban suddenly on May 6 with the rider that only pan masala that does not contain tobacco or nicotine would be allowed. Questioning the lifting of ban, Lucknow based journalist Sanjay Sharma filed the PIL pointing out how pan masala in any form could become a major source of spreading the coronavirus.

Sharma quoted experts claiming that the pandemic had the potential to spread through aerosols, sputum and saliva, hence the spitting of pan masala could be a major threat to human life through spread of the virus. He had further pointed out that even though chewing of (tobacco-less) pan masala was still banned in public places, there was no check on it and spitting was a common, unabated practice.

On its part, the UP government has failed to give any convincing explanation of what the urgency in lifting the ban was, especially at a time when coronavirus cases are growing all over the state.

Anita Singh, the IAS officer who recently took charge as commissioner of the UP government’s Food Safety and Drugs Administration, came up with the plea that this had to be done in the larger interest of industry as well as farmers. “Both industry and farming community were seriously affected on account of the ban; even farmers were at the receiving end as all the raw material for the masala comes from them. So the industry department initiated the move to lift the ban and the final decision to lift the ban was taken at the highest level”, she told The Wire.

However, it is quite evident that the decision to allow the sale of pan masala is at variance with the guidelines issued both by the Union government as well as the WHO, for prevention of COVID-19.

In its affidavit, the company has pleaded that Rajnigandha “pan masala is just a mouth freshener, which does not contain tobacco.” It has further sought to argue and justify the sale of is product on the plea that the livelihood of thousands of people is linked to the business of pan masala, hence it should remain free of any ban.

It is also worth noting soon after the PIL seeking restoration of the ban was filed before the high court, another leading pan masala manufacturer ran huge advertisements in major national dailies , extolling the virtues of its chewing product.

The next hearing in the case is fixed for July 8.