Despite Mounting Disputes, Govt Presses Ahead With Vaccine Roll Out

The government has effectively subverted democratic healthcare in India, concentrating all major activities in Delhi – just like it did in the epidemic's early days. Even as phase 3 efficacy data remains wanting for Bharat Biotech’s COVID-19 vaccine candidate, the Government of India has announced plans to purchase 5.5 million doses to be delivered to 12 centres around the country by January 14, to be administered in the vaccination drive’s first phase.

CNBC TV18, which first reported these details, also noted that each dose is expected to be priced Rs 295, bringing the purchase cost to Rs 162.25 crore. The government has already placed an order with Serum Institute of India for 11 million doses of its candidate, Covishield, at Rs 200 per dose – total Rs 220 crore. Prime Minister Narendra Modi had said yesterday the government will draw from the controversial PM CARES fund to foot these bills.

Covishield has been embroiled in controversies of a different kind – but arguably less worrying than the questions that still haunt Covaxin. Last week, the Drug Controller General of India (DCGI) approved both vaccine candidates on questionable terms: Covishield without specifying how the regulator had resolved questions surrounding the candidate’s approval in the UK, and Covaxin sans any efficacy data from phase clinical trials as well as to be rolled out in “clinical trial mode” for “restricted emergency use”. None of the DCGI, Dr V.G. Somani, Bharat Biotech chairman Krishna Ella and Indian Council of Medical Research (ICMR) director-general Dr Balram Bhargava have since explained what these words mean.

Of course, the onus is more on Drs Somani and Bhargava. Dr Somani stayed tight-lipped during the announcement and refused to entertain any follow-up questions. Dr Bhargava only said last week that Dr Somani has asked vaccine-makers to suggest protocols for rolling out vaccines in “clinical trial mode”. And now, according to CNBC TV18, the government appears to have set aside these concerns as it proceeds to roll-out.

At a press conference on Tuesday, the Union health secretary Rajesh Bhushan brushed aside a question on whether those being vaccinated in India would have a say on the choice of vaccine, especially given concerns about Covaxin and the government’s own conditional approval. “Till now in no country where vaccination has started, people don’t have a choice on which vaccine to take,” said Bhushan. What he did not add was that in no other country have the authorities given conditional approval to a vaccine candidate in “clinical trial mode”. This means anyone being administered a Covaxin shot would ideally need to sign an informed consent form. 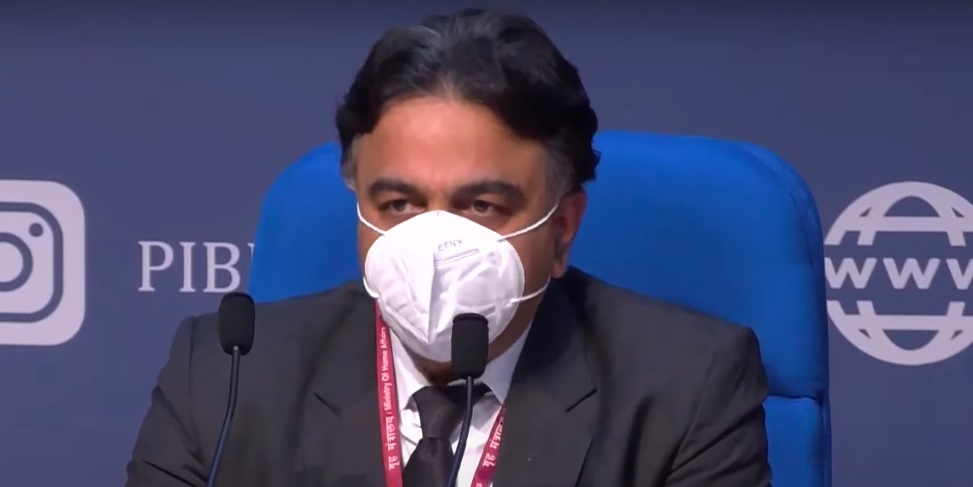 As such, the pile of questions is higher now than it has ever been as to what the government is really doing with Covaxin – considering few of the regulatory rigours to which the candidate has been subjected are rooted in good science and ethics.

Both clinician-scientist Gagandeep Kang and virologist Shahid Jameel, and others besides, have voiced hairy concerns with the DCGI, as well as the Central Drug Standards Control Organisation and the Union health ministry, being okay with administering Covaxin in the general population without efficacy data. During a virtual press conference on January 4, Ella said he is still wrapping his head around the terms of Covaxin’s approval.

Both factors together heighten the importance of post-inoculation follow-ups. Typically, during a phase 3 clinical trial, once a person has received either the vaccine candidate or a placebo (the administrators can’t know until the trial wraps up), researchers call up these persons for a week after to inquire about any side-effects. The question begs itself: are the health ministry, ICMR and Bharat Biotech ready to call up 5.5 million people for one week, if not longer depending on the implementation’s requirements?

It’s not far-fetched to believe the government has quietly made these plans. But given the already sliding public trust in Covaxin, the government needs to be more open about them. To borrow the words of Dileep Mavalankar, the vaccination drive is a public health programme, not a war game.

N.K. Arora, who heads the operations research group of the National Task Force for COVID-19, justified Covaxin’s catalysis to The Hindu saying we live in “troubled times”. But it was during the same “troubled times” that People’s Hospital in Bhopal enrolled multiple poor, illiterate people – many of them survivors of the 1984 gas tragedy – for Covaxin’s phase 3 trials while misleading them that they were actually being vaccinated, outside of a trial. A few of them even reported debilitating side effects, with no clear articulation that they could be owed greater medical compensation than the Rs 750 each of them received, as well as free care.

Whether the root cause of this event was incompetence or malfeasance, it echoes a broader attitude that better-off Indians have put on display during the COVID-19 epidemic: that ‘due diligence’ can be cut short in time, and made cheaper, by deploying it in half-baked fashion among the marginalised and undermining their dignity. Remember the migrant workers being hosed with a sodium hypochlorite solution on the road as they returned to Bareilly? And Mumbai’s plan to mass-administer hydroxychloroquine among Dharavi’s residents?

As Usha Raman wrote in August 2020, “There is today a tired acknowledgment that the failures of management have been undergirded by a lack of ethical and moral vision, a refusal to think in terms of Gandhi’s talisman that asks us to weigh every action in terms of how it would benefit the weakest, the most vulnerable.”

A related concern is that neither Bharat Biotech nor ICMR appear to have registered this “clinical trial mode” on the Clinical Trial Registry of India (CTRI). (Recap: all those who receive Covaxin in the first phase of vaccine roll-out will be registered as participants in a single-arm trial, to track the candidate’s efficacy.) Since the law requires all clinical trials to be registered before the start of trials, the decision to skip registration implies the “mode” is not really a clinical trial at all.

Dr Samiran Panda, a scientist at ICMR, told The Wire Science that unlike clinical trials, the “clinical trial mode” wouldn’t entail a comparator arm – the placebo group – and won’t be registered on CTRI. But participants will still be briefed and given factsheets to facilitate opt-in/opt-out decisions; their informed consent will be sought; the vaccine candidate’s administration will follow the operational guidelines for COVID-19 vaccines (updated December 28, 2020); and data-taking will be as “strict” as it typically is during clinical trials.

However, the question of whether the results from the “mode” will be published in peer-reviewed journals doesn’t arise, Dr Panda added, because the “mode” is just an implementation strategy.

The CTRI is a useful tool that allows anyone with an internet connection to peruse the terms of a trial: the number of participants, the trial design, the analytical methods to be used, significant time-points (for follow-ups, etc.) and what it is that the people conducting the trial are checking for.

A serious issue that not infrequently assails trials that aren’t registered before they commence is that trial administrators then have a loophole allowing them to move the goalposts – say, to make the vaccine candidate seem safer or more efficacious than it really is. 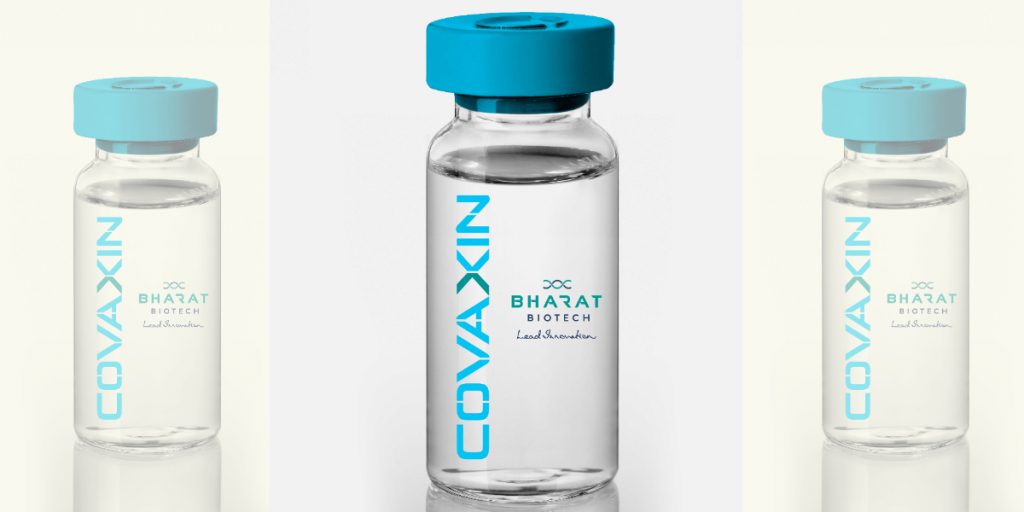 The government has effectively subverted democratic healthcare in India, concentrating all major activities in Delhi – just like it did in the epidemic’s early days, when it cut off all communiqués except those originating in Delhi. The drug-controller approved a vaccine candidate using language present in no law or rulebook; the national regulator has too many questions to answer about the deliberations preceding approval of both vaccine candidates; the chief of the nodal medical research agency is defending these decisions in the absence of research; the health ministry is setting dates for vaccine roll-out; and the prime minister is announcing purchase agreements.

In the meantime, independent experts, and indeed everyone else, are wondering where the phase 3 data is, what follow-up plans the government has made to monitor adverse events, what steps vaccine-receivers should expect healthcare workers to follow when administering the doses, and what rights those who receive Covaxin have (e.g. if they are entitled to compensation and free medical care in the event of a side-effect, and from whom.)

In fact, experts The Wire Science spoke to called into question one bit of effort that started off as a nonpartisan initiative but has since seemed to be cut from the same cloth. Earlier last year, principal scientific adviser K. VijayRaghavan and Department of Biotechnology secretary Renu Swarup kicked off an effort to allow vaccine-makers in India to manufacture and stockpile millions of doses even before the vaccine candidates had been approved.

During a virtual Q&A, VijayRaghavan said that if a candidate is eventually rejected, the manufacturer would have to destroy the doses. However, the corresponding part of the New Drugs and Clinical Trials Rules 2019 hasn’t been amended to this effect. Murali Neelakantan, principal lawyer at amicus, said the ‘concession’ “just undermines the regulatory process. I am not suggesting that it was not prudent, just that it was blatantly illegal.” VijayRaghavan didn’t respond to a request for comment.

Perhaps the ultimate expression of the Centre’s unilateralism is its decision to pay for the doses to be distributed in the first phase from the PM CARES fund. It allows the prime minister’s office to sidestep democratic processes and allocate money from the fund without independent oversight, or even having to brook objections from any other representatives of the people.