On Tuesday, India for the fifth consecutive day recorded over 20,000 new cases of the viral infection. New Delhi: India’s COVID-19 tally rose past seven lakhs on Tuesday, with the country reporting 22,252 fresh infections in the 24 hours since 8 am on Monday. The country had passed the 6 lakh mark just five days ago. The death toll climbed to 20,160 after 467 more deaths were reported by Union health ministry.

This is the fifth consecutive day that India has recorded over 20,000 new cases of the infection.

“Thus, around 61.13% of patients have recovered so far,” an official said.

India is currently the third worst-hit nation by the pandemic after the US and Brazil. According to Johns Hopkins University, which has been compiling COVID-19 data from all over the world, India’s death toll is the eighth-worst.

Across the world, there have now been more than 11 million confirmed cases of COVID-19. In total, 11,622,741 confirmed cases have been reported as of Tuesday morning. The global death toll due to COVID-19 stands at 538,079, while another 6,302,689 people have recovered from the disease.

Brazilian president may have COVID-19

Brazilian President Jair Bolsonaro said on Monday he had undergone another test for the novel coronavirus and his lungs were “clean,” after local media reported he had symptoms associated with the COVID-19 respiratory disease.

Bolsonaro has repeatedly played down the impact of the virus, even as Brazil has suffered one of the world’s worst outbreaks, with more than 1.6 million confirmed cases and 65,000 related deaths, according to official data on Monday.

CNN Brasil and newspaper Estado de S.Paulo reported that he had symptoms of the disease, such as a fever.

Bolsonaro told supporters outside the presidential palace that he had just visited the hospital and been tested. “I can’t get very close,” he said in comments recorded by Foco do Brasil, a pro-government YouTube channel. “I came from the hospital. I underwent a lung scan. The lung’s clean.” 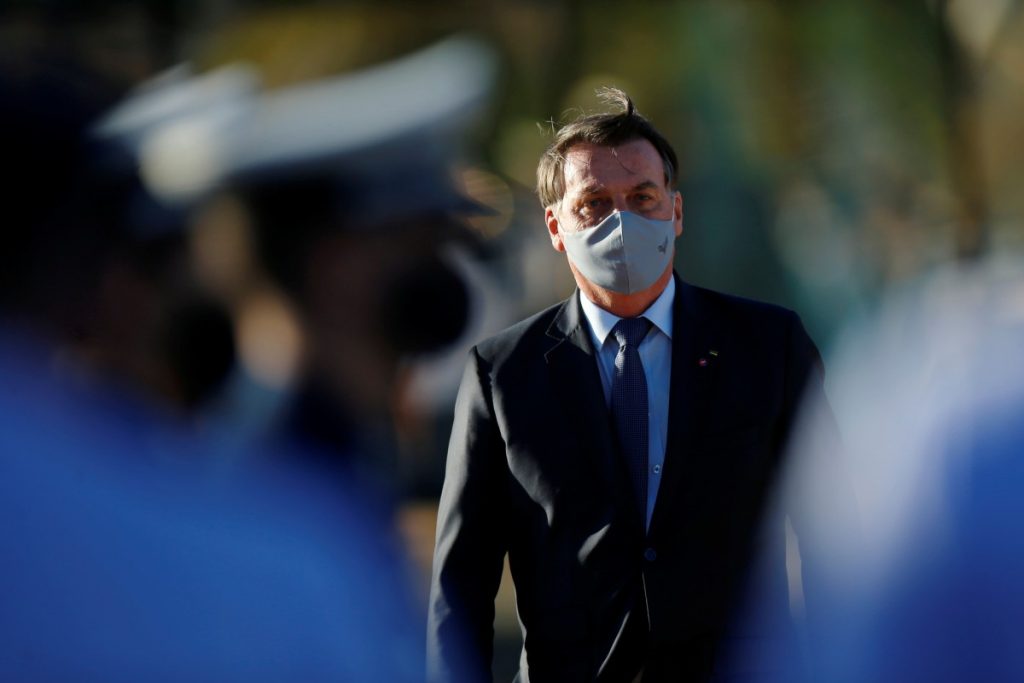 Malaysian police on Tuesday said they will summon reporters of news broadcaster Al Jazeera for questioning over a documentary on the country’s arrests of undocumented migrants, which authorities have accused of being an attempt to tarnish Malaysia’s image.

“Locked up in Malaysia’s Lockdown”, produced by the Qatar-based station’s 101 East news programme, focused on the plight of thousands of undocumented migrants detained during raids carried out in areas under tight coronavirus lockdowns.

The documentary, which aired last week, sparked an immediate backlash online while several officials decried the report as being inaccurate, misleading and unfair.

The backlash comes amid concerns over crackdowns on press freedoms under Prime Minister Muhyiddin Yassin’s government, which came into power in March, as well as rising anger towards foreigners and refugees, who have been accused of spreading the coronavirus and burdening state resources.