The country is set to overtake the UK's confirmed tally within the next 24 hours to become the fourth worst-hit nation. New Delhi: For the sixth consecutive day, India registered just under 10,000 new cases of the coronavirus disease (COVID-19) as the country’s tally is soon set to overtake the UK’s to become the fourth-worst hit nation.

According to the health ministry’s latest update on Thursday morning, India’s confirmed cases of COVID-19 climbed to 2,86,579 after registering the highest single-day spike of 9,996 cases in the 24 hours since 8 am on Wednesday. During the period, a record 357 deaths were recorded due to the viral infection, with the total death toll now rising to 8,102. It should be noted here that not all the deaths occurred during the 24 hour period.

As of Thursday morning, the country has 1,37,448 active cases, while 1,41,028 people have recovered and one patient has migrated to another country. “Thus, around 49.21% patients have recovered so far,” an official said. The total number of confirmed cases include foreigners.

Of the 357 new deaths reported since the previous day’s update, 149 were in Maharashtra, 79 in Delhi, 34 in Gujarat, 20 in Uttar Pradesh, 19 in Tamil Nadu, 17 in West Bengal, eight in Telangana, seven each in Madhya Pradesh and Haryana, four in Rajasthan, three each in Jammu and Kashmir and Karnataka, two each in Kerala and Uttarakhand, one each in Andhra Pradesh, Bihar and Himachal Pradesh. 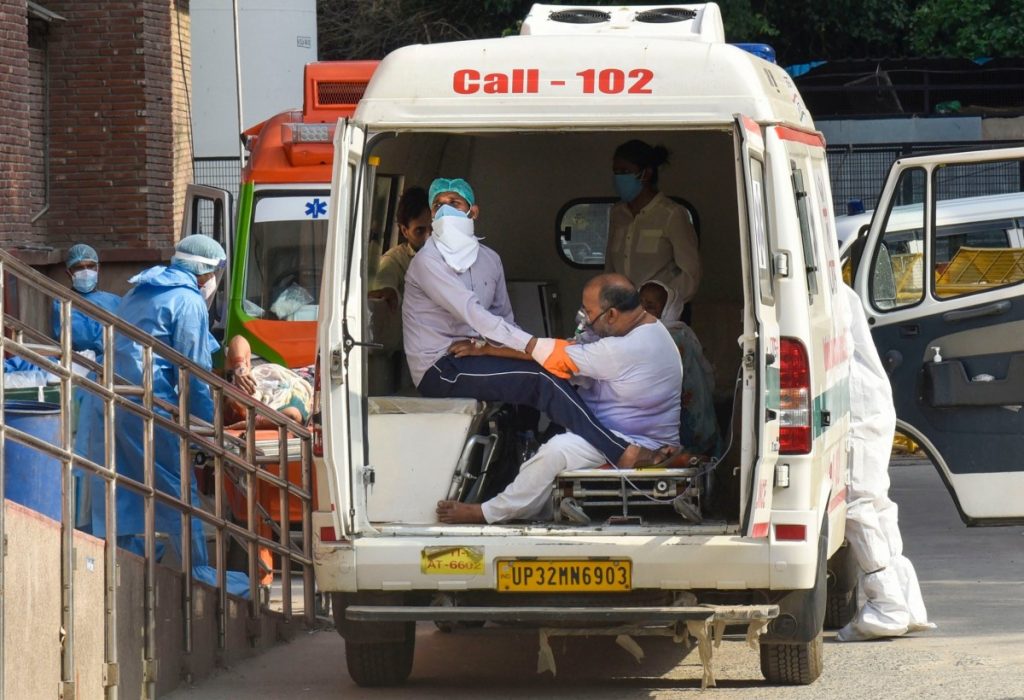 India set to overtake the UK

With India reporting close to 10,000 cases for the past week, the country is set to overtake the UK’s tally of confirmed cases within the next 24 hours. India’s tally of 2,86,579 cases is around 5,000 fewer than the UK’s 2,91,588. But the latter has only been reporting around 1,500 new cases for the past few days, according to Johns Hopkins University.

When the cases in India move past that of the UK, only three other countries will have reported more cases than India. These are the US with over 2 million cases, Brazil with 7,72,416 cases and Russia with 4,93,023 cases.

The total death toll in the US from the novel coronavirus pandemic could hit the grim figure of 200,000 by September and expecting a dramatic decrease in COVID-19 cases in the country will be “wishful thinking”, an eminent Indian-American professor has warned.

Ashish Jha, the head of Harvard’s Global Health Institute, told CNN on Wednesday that he is not trying to scare people to stay at home rather urged everyone to wear masks, adhere to the social distancing rules and called for ramping up testing and tracing infrastructure. “Anybody who’s expecting a dramatic decrease in cases is almost surely engaging in wishful thinking. And if it (COVID numbers) stays just flat for the next three months, we’re going to hit 200,000 deaths sometime in September and that is just awful,” Jha said.

Jha said his estimate is not just a guess, adding that currently 800-1,000 people are dying daily in the US from the virus. All data suggest that the situation is going to get worse, he said.

“We’re gonna have increases, but even if we assume that it’s going to be flat all summer, that nothing is going to get worse… even if we pick that low number of 800 a day, that is 25,000 (deaths) a month in three and a half months. We’re going to add another 88,000 people and we will hit 200,000 sometime in September,” Jha said, according to news agency PTI.

Thailand on Thursday reported no new coronavirus infections or deaths, maintaining the total of 3,125 confirmed cases and 58 fatalities.

It was the first time in nearly three weeks that no cases were reported and the 17th day without a local transmission. All recent cases have been found in quarantine among Thais returning from abroad.

There are 2,987 patients who have recovered, said Panprapa Yongtrakul, a spokeswoman for the government’s COVID-19 Administration Centre.