Given the variation in doubling times and effective reproduction numbers across states, the pandemic is much more likely to peak at quite different times in different states. 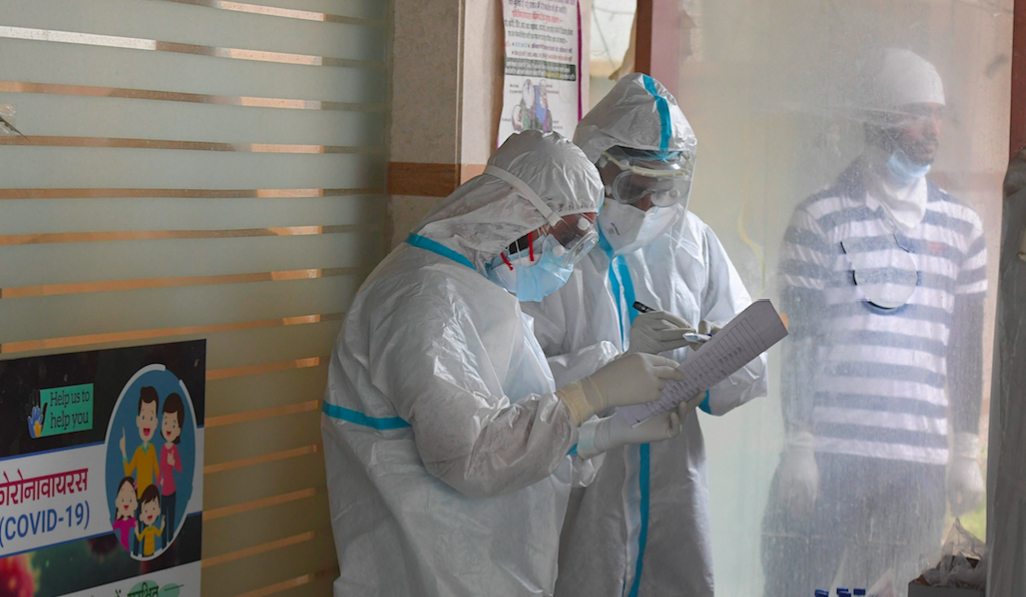 There is enormous variation across Indian states in the magnitude, severity and stage of the COVID-19 pandemic. That is why national data is of limited use in either understanding the progression, or in formulating policies for containment and mitigation of the pandemic.

In recent research we have documented state-level variation of the COVID-19 outbreak in India in a comprehensive manner (a pre-print version of our paper can be found here). To generate a relatively complete picture of across-state variations, we have looked at three crucial aspects: rapidity with which the pandemic is spreading; adequacy of testing; and impact of the pandemic on mortality.

Using seven-day average values of various metrics, we classify and colour-code states into three groups: states that are doing well (green); states that are not doing well and need improvement (red); and, states which fall in between (grey). We collect together this information in an easy-to-interpret fashion in a summary dashboard, which is updated daily, in our app hosted at COV-IND-19 Study Group (see the “Metrics” tab). The dashboard with data up to June 4 is presented in Figure 1. Growth of the Pandemic

Also read: How We Can Use Technology to Help Identify Higher Risk COVID-19 Patients Early

India has not yet reached that stage.

In fact, the steady decline in the effective reproduction number that was witnessed over the month of April has been halted since early May. There has been no significant decline in the effective reproduction number between May 1 (1.22) and June 6 (1.27) (see plot for Time-varying R under the “National Forecast” tab in our app at COV-IND-19 Study Group).

A relatively accurate picture of the pandemic only emerges when there is adequate testing. In fact, all the metrics that are commonly used for studying various aspects of the pandemic rely on adequacy of testing. In our study, we use test positive rates (positives per person tested) to assess adequacy of testing. If the test positive rate is high and/or rising, it means that the ambit of testing is too narrow. This provides evidence that testing is inadequate.

At the all-India level, the test positive rate was 4.3% in the week ending on June 4. While this is low by international standards, it is worrisome that the test positive rate has been slowly rising since May 01 – with a sharp rise on June 05 (see Temporal pattern of testing in India under the “Testing” tab in our app at COV-IND-19 Study Group).

When we look across states, we see (from panel d in Figure 1) three key states, which together accounted for more than 50% of total cases in early June, with relatively high test positive rates: Maharashtra (14.22%), Delhi (9.6%), Gujarat (7.9%). Moreover, the temporal pattern of the test positive rate in these states display an upward trajectory – rapidly rising in Maharashtra and Delhi, and slowly rising in Gujarat.

The implication of this is important to spell out. States which together accounted for more than half of all the reported cases in the country have grossly inadequate testing. Thus, there is likely to be significant underestimation of the true number of cases in these states, and by implication, in the case count for the country as a whole.

In the week ending on June 4, the case fatality rate of COVID-19 at the all-India level was below 3%. Compared to many countries in the world where the pandemic has taken hold, this is a relatively low figure.

But like other metrics, there is substantial variation in case fatality rates across states (see panel a in Figure 1). Seven states have case fatality rates below 1%: Assam, Odisha, Bihar, Jharkhand, Haryana, Tamil Nadu, Uttarakhand and Kerala. These states have so far managed to limit the impact of the pandemic in terms of lives lost.

At the other end of the spectrum are states with relatively high case fatality rates, i.e. states in the ‘red’ group (see panel a in Figure 1). According to the 7-day average, there are 5 states in the red group: Gujarat, West Bengal, Madhya Pradesh, Maharashtra and Telangana. These states have so far been least successful in limiting the mortality impact of the pandemic.

Our analysis has a simple take-home message for analysts and policy makers. The COVID-19 outbreak in India, as in any other large country, displays large state-level variations.

The concept of a peak of the pandemic at the all-India level is at best ambiguous. Given the variation in doubling times and effective reproduction numbers across states, the pandemic is much more likely to peak at quite different times in different states.

Given the spatial and temporal pattern of the pandemic’s spread, it is extremely important to prioritise policies. Resources must be mobilised to help one cluster of states and then move to the next cluster.

It might be useful for the central government and Indian Council of Medical Research (ICMR) to classify states in terms of the phases of the epidemic. Even as the worst-hit states are being addressed, the next set could be put on high alert. A dynamic policy intervention will be required to deal effectively with the cascading pattern of the pandemic across Indian states.

The authors are researchers across fields.