Not for the first time, the country registered a record single-day spike. Till 8 am on Saturday, it saw 265 deaths and 7,964 cases. 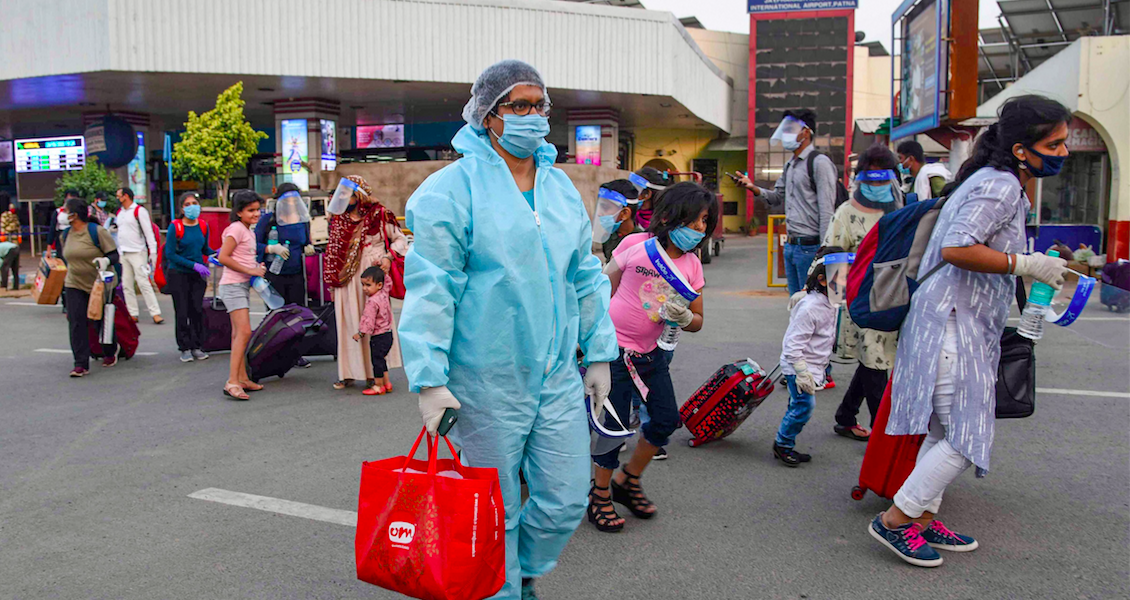 New Delhi: The death toll due to COVID-19 rose to 4,971 and the number of cases climbed to 1,73,763 in the country registering a record single-day spike of 265 deaths and 7,964 cases till Saturday 8 am, according to the Union health ministry.

Notably, Prime Minister Narendra Modi marked the first anniversary of his second term on Saturday with a letter in which he said that India has started traversing on the path to “victory” in its long battle against COVID-19.

“This is one of the important reasons for India being safer and in a better state than many other countries. This is a long battle but we have started traversing on the path of victory, and victory is our collective resolve,” he said.

Penned a letter to my fellow citizens.

It takes you through the year gone by and the way ahead. https://t.co/t1uHcAKkAH pic.twitter.com/Ci8TImK3CU

Among countries, India is the ninth worst-hit by the COVID-19 pandemic.

“Thus, around 47.40% patients have recovered so far,” a senior health ministry official said. Though official spokespersons have been highlighting the Indian recovery rate, they do not mention that the global recovery rate is also the same or slightly better.

Figures from around the country

Of the 265 deaths reported since Friday morning, 116 were in Maharashtra, 82 in Delhi, 20 in Gujarat, 13 in Madhya Pradesh, nine in Tamil Nadu, seven in West Bengal, four each in Telangana and Rajasthan, two in Punjab and one each in Chhattisgarh, Jammu and Kashmir, Andhra Pradesh, Jharkhand, Karnataka, Kerala, Uttarakhand and Uttar Pradesh.

Himachal Pradesh, Jharkhand and Uttarakhand have registered five COVID-19 fatalities, Chandigarh and Assam have recorded four deaths each, while Meghalaya and Chhattisgarh have reported one COVID-19 fatality each so far.

More than 70% of the deaths are due to comorbidities, the ministry said.

Manipur has reported 59 COVID-19 cases, Puducherry has 51 instances of infection while Andaman and Nicobar Islands has registered 33 infections.

Meghalaya has registered 27 cases, Nagaland has reported 25 infections, Arunachal Pradesh have reported three cases, Dadar and Nagar Haveli has two cases while Mizoram and Sikkim have reported a case each till how.

“5,043 cases are being reassigned to states,” the ministry said on its website adding, “Our figures are being reconciled with the ICMR.”

State-wise distribution is subject to further verification and reconciliation, it said.