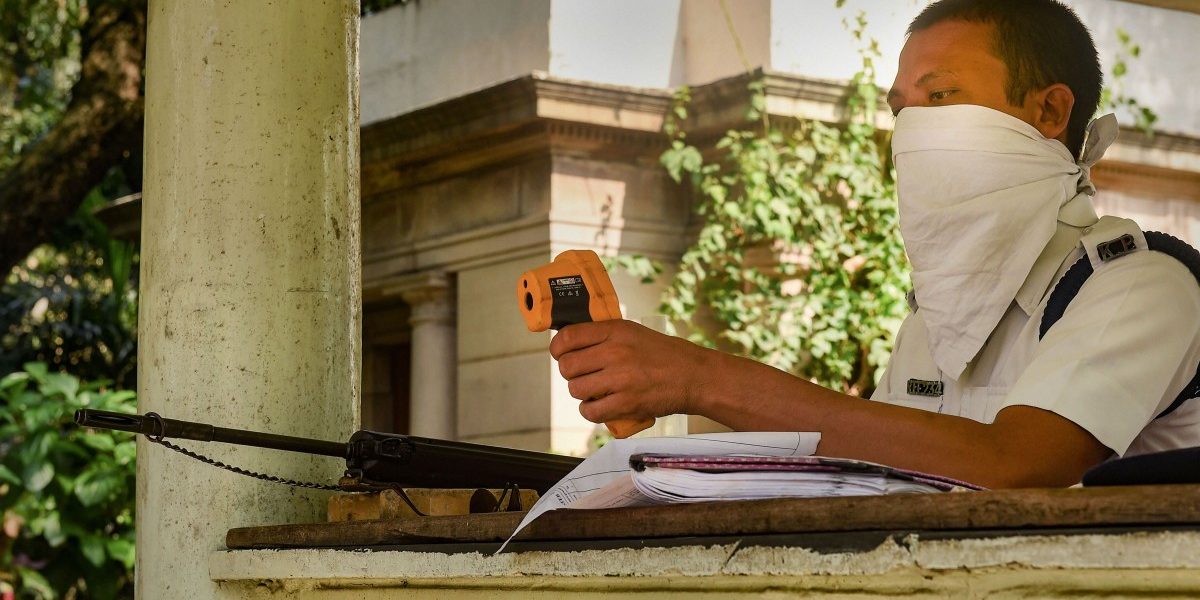 New Delhi: Coronavirus cases in India saw a record single-day jump of 9,304 cases on Thursday, pushing the total tally to 2,16,919, while the death toll climbed to 6,075 with 260 new fatalities, according to the Union health ministry. This is the first time the country has seen more than 9,000 new cases in a day.

India stood seventh among the nations worst hit by the COVID-19 pandemic after the US, Brazil, Russia, the UK, Spain and Italy.

The health ministry said the number of active COVID-19 cases stood at 1,06,737 while 1,04,106 people have recovered and one patient has migrated.

“Thus, around 47.99% patients have recovered so far,” a senior official said. Though official spokespersons have been highlighting the Indian recovery rate, they do not mention that the global recovery rate is also the same or slightly better.

Of the 260 deaths reported since Wednesday morning, 122 were in Maharashtra, 50 in Delhi, 30 in Gujarat, 11 in Tamil Nadu, 10 in West Bengal, seven each in Madhya Pradesh, Uttar Pradesh and Telangana, six in Rajasthan, four in Andhra Pradesh and one each in Bihar, Chhattisgarh, Jammu and Kashmir, Karnataka, Punjab and Uttarakhand.

Himachal Pradesh, Chandigarh and Jharkhand have registered five COVID-19 deaths each, Assam has recorded four deaths while Chhattisgarh has reported two deaths so far. Meghalaya and Ladakh have reported one COVID-19 fatality each.

According to the ministry’s website, more than 70% of the deaths were due to co-morbidities.

Punjab has reported 2,376 cases of coronavirus infection so far while Assam has 1,672 cases. A total of 1,494 people have been infected with the virus in Kerala and 1,085 in Uttarakhand.

A total of 79 cases has been reported in Goa, 58 in Nagaland, 38 in Arunachal Pradesh and 33 each in the Andaman and Nicobar Islands and Meghalaya. Mizoram has reported 14 cases, Dadar and Nagar Haveli has eight cases while Sikkim has reported two cases till now.

On its website, the ministry said, “7,483 cases are being reassigned to states. Our figures are being reconciled with the ICMR.” State-wise distribution is subject to further verification and reconciliation, it added.

Across the world, there have now been 6,511,696 confirmed cases around the world as of Thursday morning.

According to the Johns Hopkins University, the global death toll due to COVID-19 stands at 386,073. Over 2.8 million people have recovered from the disease.

Pakistan on Thursday surpassed China, the first epicentre of the coronavirus, after a record 4,688 new cases were registered during the last 24 hours to take the tally to 85,246.

China with 84,160 patients has been placed at 18th position, one step lower than Pakistan, according to the data of Johns Hopkins University.

On Thursday, the Ministry of National Health Services said till now Pakistan has witnessed the deaths of 1,770 patients with COVID-19, including 82 in the last 24 hours.

The country registered 4,688 new COVID-19 cases during the period, the highest in a single day, the ministry said. Another 30,128 had recovered.

A Chinese city close to the Russian border has ordered the COVID-19 tests for all 2.8 million residents, becoming the second city in the country after Wuhan, the first virus epicentre, conducted mass testing of its entire population, state-media reported on Thursday.

As of Wednesday, the overall confirmed cases in the country reached 83,022. Among the total, 69 patients were still being treated, 78,319 had been discharged after recovery, and 4,634 people died of the disease, the report said.

Also read: Did the Deceased Mother in the Bihar Video Die of Prior Illness? A Fact-Check of PIB Fact Check

Some of the cities in the province registered clusters of coronavirus infections in April and May following an influx of Chinese nationals returning from Russia through the land border.

Mexico overtook the United States in daily reported deaths from the novel coronavirus for the first time on Wednesday, with the health ministry registering a record 1,092 fatalities it attributed to improved documenting of the pandemic.

Latin American has emerged in recent weeks as a major centre for coronavirus. Brazil, where the virus has hit hardest in the region, also reported a record number of deaths on Wednesday.

The Mexican government had previously predicted the pandemic would peak in early May and under U.S. pressure has begun reopening its vast auto industry, which underpins billions of dollars of business through cross-border supply chains.

However, plans to further relax social distancing measures this week were put on hold in recognition of the fact that infections had not yet begun coming down.

Wednesday saw a record 3,912 new infections, with the number of daily deaths more than twice the previous record of 501.

The total number of known cases in Latin America’s second-largest economy is now 101,238 and its tally of deaths is 11,729, making it the seventh country with most deaths from the virus, according to the John Hopkins Center for Systems Science and Engineering.

Deputy Health Minister Hugo Lopez-Gatell attributed the sharp jump in numbers to a new mortality committee established by the Mexico City government to better identify which deaths in the capital were caused by the virus.

“Over the past 20 or 25 days, we have had various cases that were slowly passed on to the registry, for various reasons,” he said. “A technical committee has specifically been carrying out complementary methods.”

The committee was established after growing criticism that Mexico’s very limited testing rate meant most cases and deaths from COVID-19, the illness caused by the virus, were not being registered. A Reuters investigation concluded that fatalities could be 2.5 times higher than reported.

Mexico’s government has previously admitted the real number of fatalities was higher than the official count.

It was not clear if the inclusion of more deaths registered by the Mexico City committee would push daily numbers higher in future.

Mexico, with just over a third of the population of the United States, is at an earlier stage of the pandemic curve than its neighbour and the government has acknowledged that deaths could eventually surpass 30,000.

US daily reported deaths were 1,045 on Wednesday, government data showed.

Brazil registered a record number of daily deaths from the novel coronavirus for a second consecutive day, according to Health Ministry data released on Wednesday, even as city and state authorities move aggressively to open commerce back up.

Latin America as a whole has emerged as the world’s worst coronavirus hotspot, with nations like Peru, Ecuador, Chile and Panama also grappling with massive caseloads.

Mexico also set a new record of 1,092 coronavirus deaths on Wednesday, with cases there blasting past 100,000.

In Brazil, right-wing President Jair Bolsonaro has repeatedly downplayed the threat of the virus, saying on Tuesday that death was “everyone’s destiny.”

State and local authorities that have supported quarantining measures are loosening restrictions as hunger grows and public finances, shaky in the best of times, plummet deep into the red.

In Rio de Janeiro, the nation’s second-largest city, many types of shops were allowed to open for the first time in months on Tuesday.