For the eighth consecutive day, the country's coronavirus infections increased by more than 18,000. 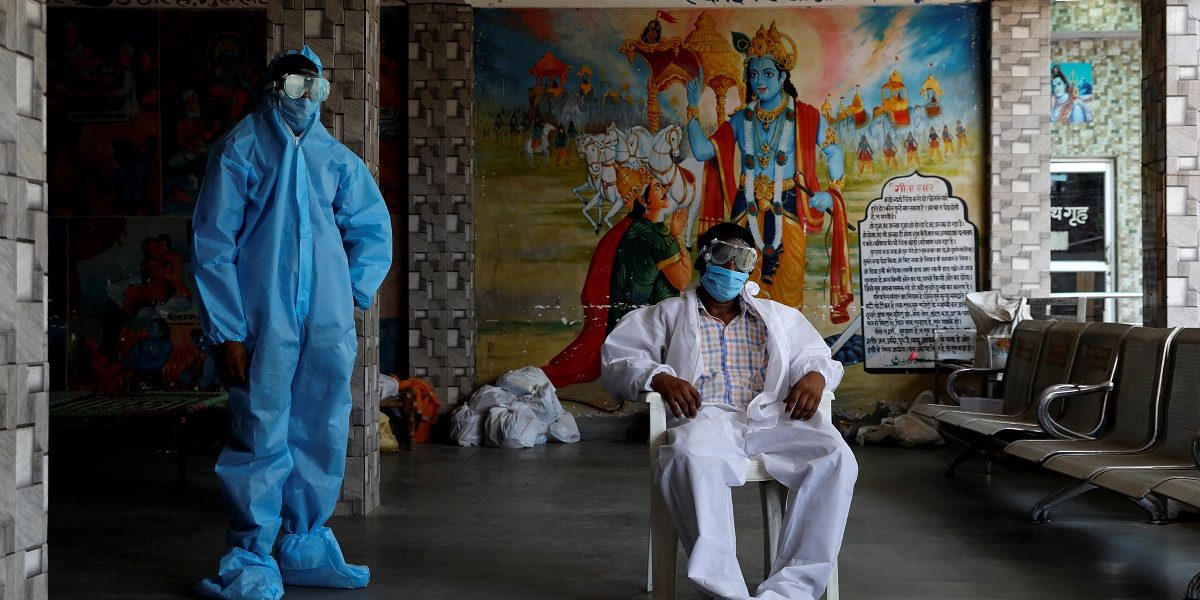 A priest and a labourer wear PPE at a crematorium in New Delhi, India, July 3, 2020. Photo: REUTERS/Anushree Fadnavis

New Delhi: India’s new cases of the coronavirus infection reached a record high on Saturday, with the Union health ministry saying 22,771 new cases were identified in the 24 hours since 8 am on Friday. India’s COVID-19 tally climbed to 6,48,315, while the death toll rose to 18,655 with 442 new fatalities.

This is the eighth consecutive day that India’s coronavirus infections increased by more than 18,000.

The ministry said that 3,94,226 people have recovered from the viral infection and one patient has migrated, which means there are 2,35,433 active cases in the country. “Thus, around 60.80% of patients have recovered so far,” an official said.

India is the fourth worst-hit nation by the pandemic after the US, Brazil and Russia. According to Johns Hopkins University, which has been compiling COVID-19 data from all over the world, India’s death toll is the eighth-worst. India is likely to overtake Russia’s tally on Sunday or Monday.

Independent trackers are reporting a slightly higher number of cases and death tally than the health ministry. According to Worldometer, India has 649,889 confirmed cases and that 18,669 people have died because of COVID-19.

Across the world, there have now been more than 11 million confirmed cases of COVID-19. According to Johns Hopkins University, the global death tally of infections is 11,078, 760 while 525,191 people have died. Another 5,875,364 people have recovered from the disease.

The US reported more than 55,400 new COVID-19 cases on Thursday, a new daily global record as infections rose in a majority of states. Several US governors halted plans to reopen their state economies in the face of a surge in cases, according to Reuters.

Almost a quarter of the known global deaths have occurred in the United States – nearly 129,000. A recent surge in cases has put President Donald Trump’s handling of the crisis under a microscope and led several governors to halt plans to reopen their states after strict lockdowns.

Latin America, where Brazil has 1.5 million cases, makes up 23% of the global total of people infected. India has become the new epicentre in Asia, rising to 625,000 cases.

Asia and the Middle East have around 12% and 9% respectively, according to the Reuters tally, which uses government reports.