In Photos: An Endless Cycle of Heartbreak and Grief at Delhi's Seemapuri Crematorium

For seven consecutive days, Delhi has recorded more than 300 deaths due to the coronavirus. 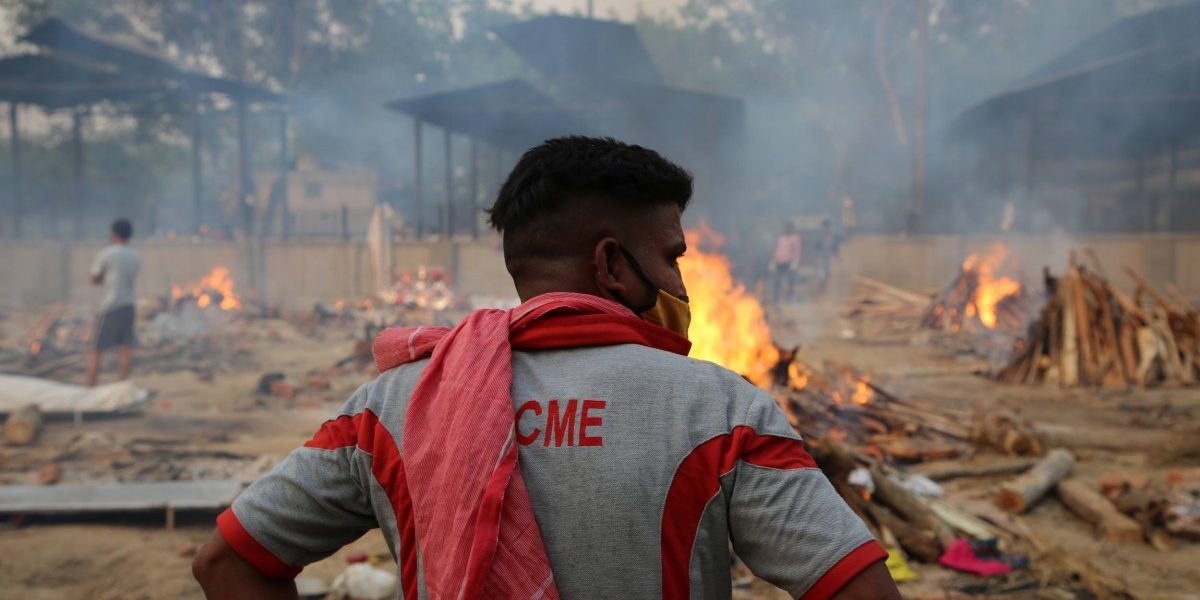 Clouds of smoke float in the air.

A family of five arrives. The fifth member, wrapped in a white plastic bag, lies on a stretcher. Four men from the family hold the ends of the bier and navigate their way through the scorching crematorium in Seemapuri, New Delhi.

It’s the 80th body to have arrived at the site today. “More are expected to come,” says a worker at the site.

The second wave of COVID-19 has devastated the capital.

For seven consecutive days, Delhi has recorded more than 300 deaths due to the coronavirus. Experts predict that the numbers may increase in the days to come.

Families in the city have been struggling to survive, as a crippled medical infrastructure fights on its last legs. With an acute shortage of beds, oxygen and medicine continuing, the city’s graveyards and crematoriums have been overflowing.

At Seemapuri, the fires burn almost perpetually. Bodies arrive nearly every half an hour. Families, still reeling in a state of shock, light the pyres of their loved ones – wondering, sometimes aloud, if there was anything they could have done to save them.

As they despair, a worker at the site, almost in routine fashion, reminds them to take off their PPE kit and dispose it into the flames.

Some sit long after the fires have ended, gazing blankly into the distance. Others leave hurriedly, afraid for their own safety or returning to cater to another unwell family member.

Jitender Singh Shunty, a BJP leader and the founder of the Shaheed Bhagat Singh Seva Dal, supervises the cremation here. “I’m not sure if I’ll survive this,” he says.

Yesterday, Shunty oversaw the cremation of a young man. The next day, when an ambulance arrived to deliver another body, he was told that it was the mother of the man he had cremated just yesterday. “My heart breaks now,” he says, describing how a woman who had lost her husband, eventually also lost her only son.

“She told me, ‘it is as if I have been widowed twice’,” his voice quivering.

Before leaving, Shunty adds, “My friends are leaving Delhi. They say they can’t live here anymore. Not with so much pain.”

As he gets up, the shrill sound of an ambulance can be heard from a distance, cutting through the ominous crackling of pyres ablaze.

A new body has arrived. 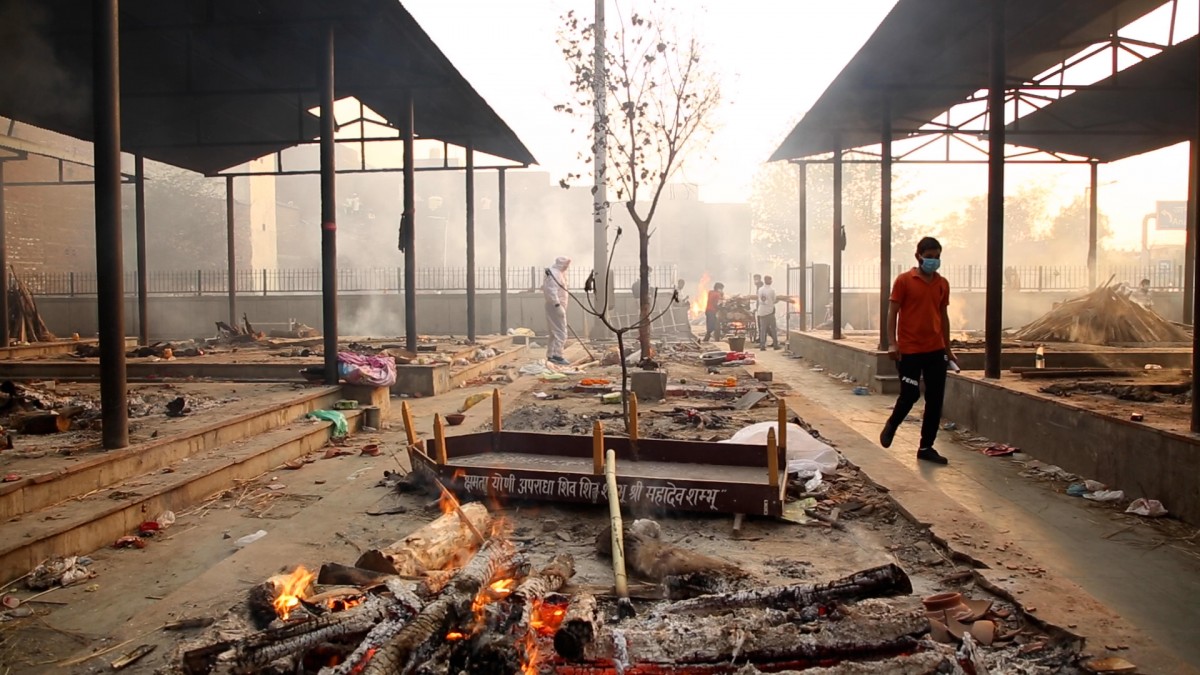 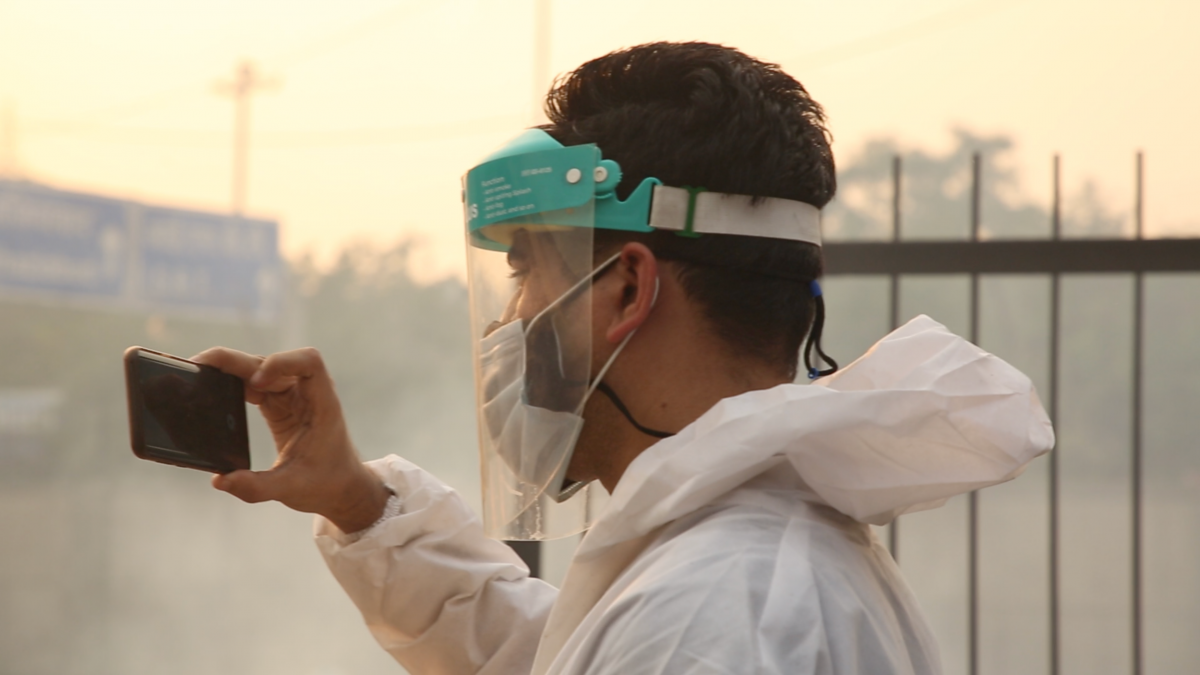 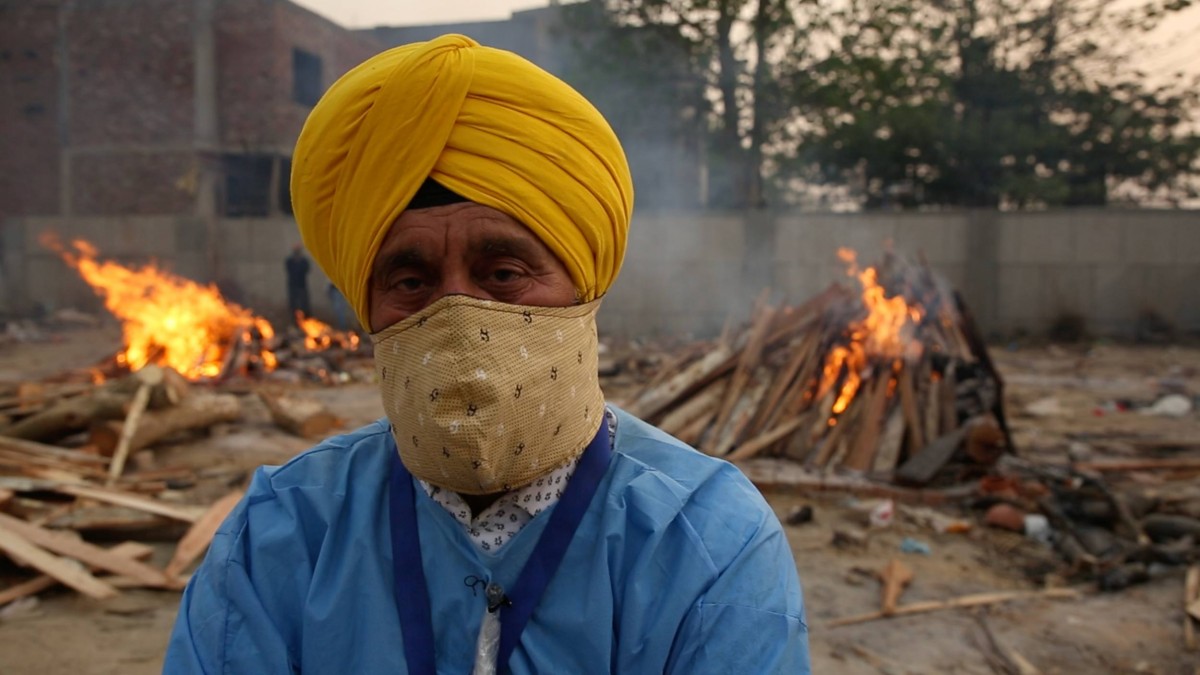 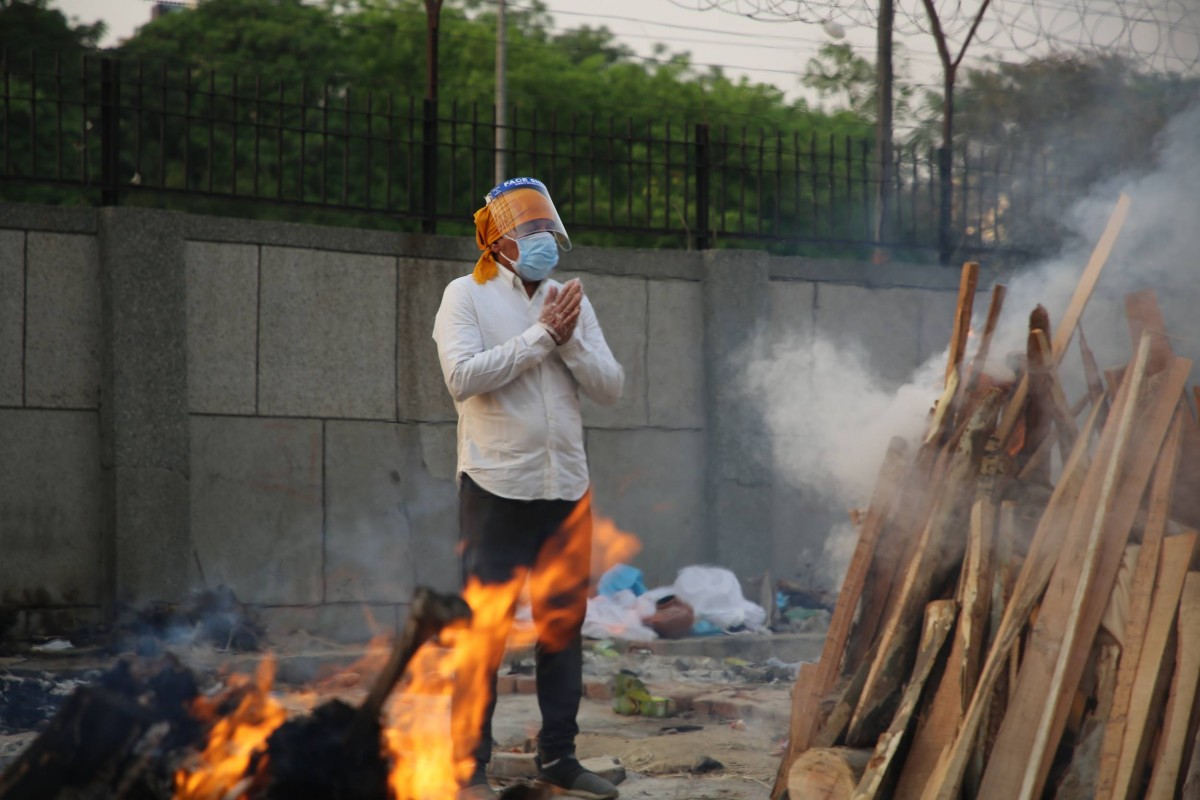 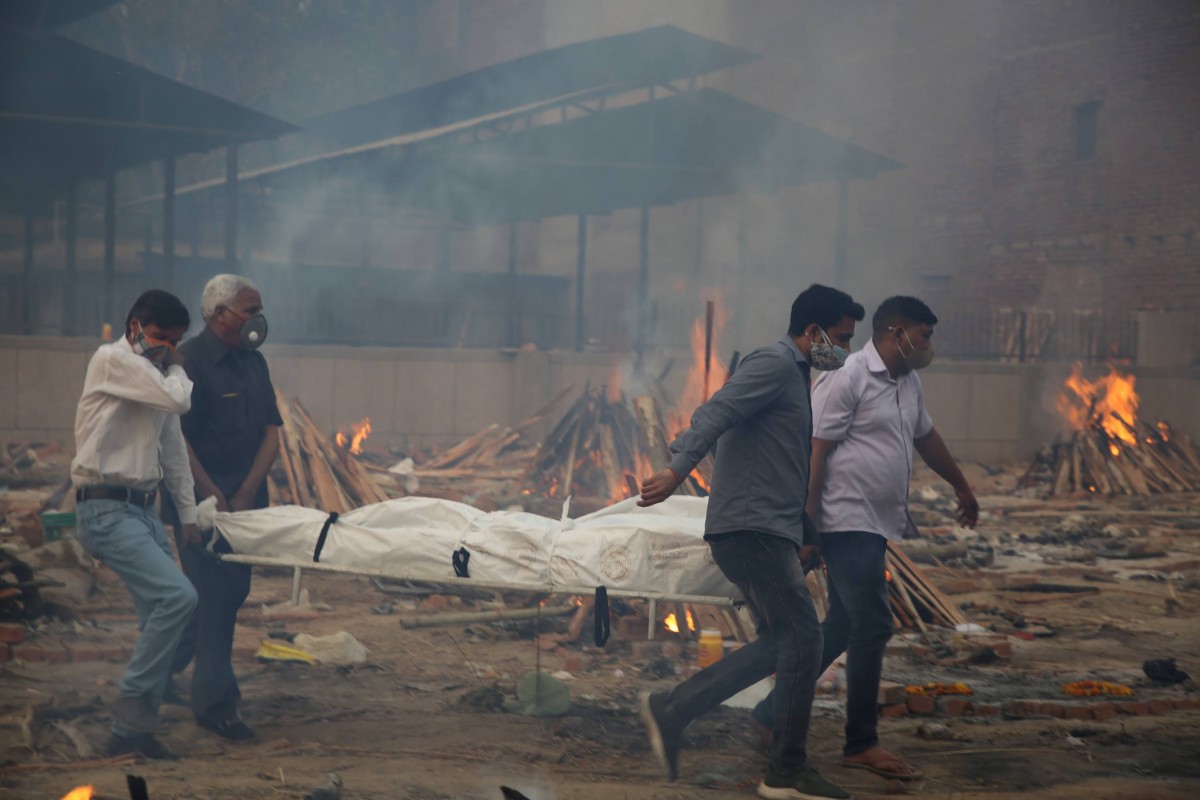 Every half hour, another body is brought to the crematorium. 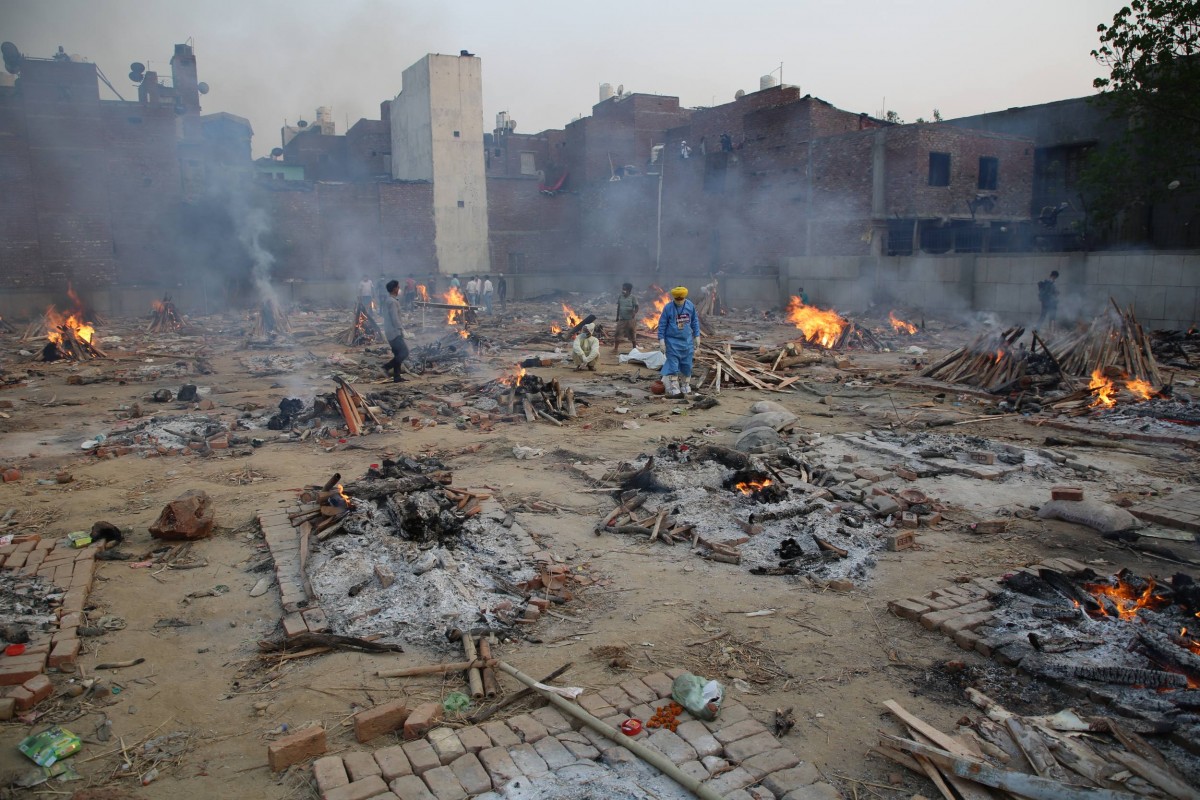 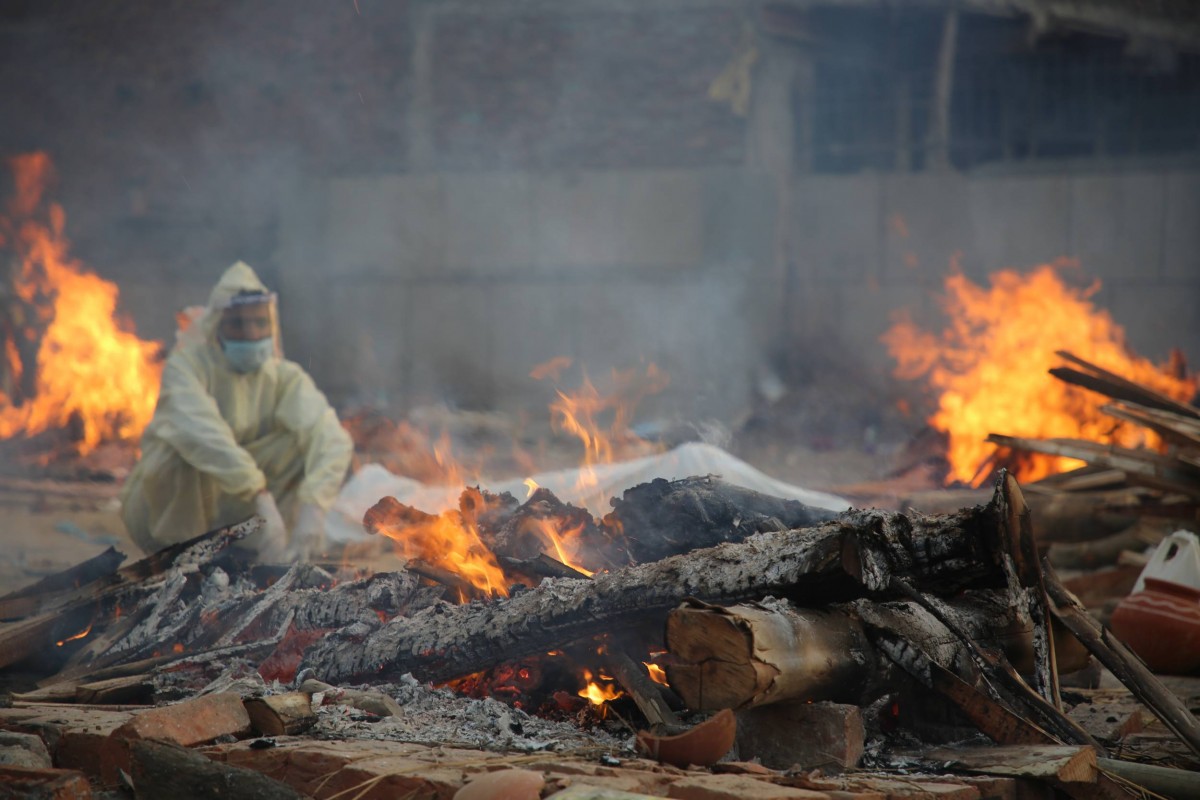 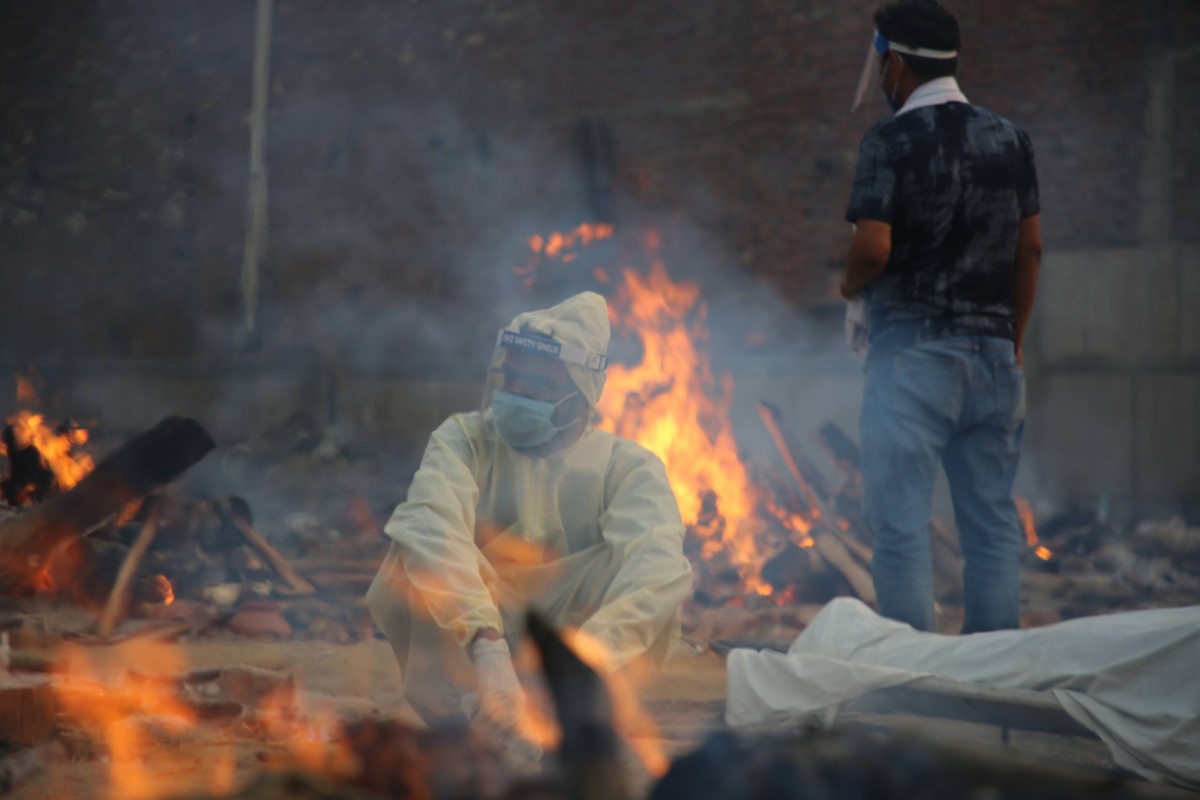 All photos by Seraj Ali.