Dear Health Ministry – Do You Know What Good Science Is? 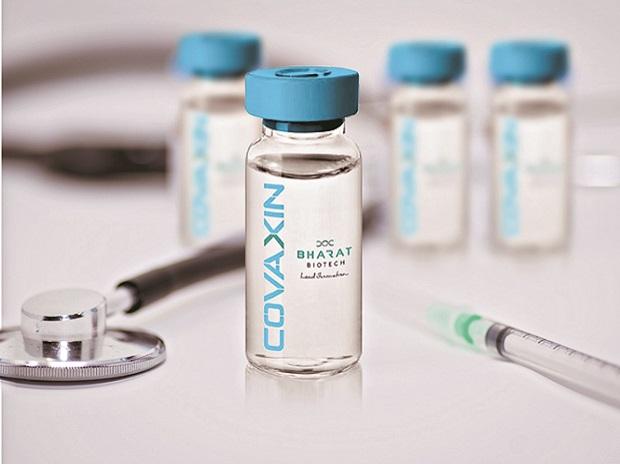 In this illustrative photograph, vials labelled ‘Covaxin’ rest on a table. Photo: Reuters

On the evening of January 14, the Union health ministry shared a letter signed by 49 “eminent scientists and doctors” assuring readers that the “two COVID-19 vaccines approved by the national regulator are safe”. However, the statement’s only point is that those who are raising questions about Covaxin and Covishield, the two vaccine candidates in question, have “vested interests”. The letter itself doesn’t bother with clinical trial data, transparency or public accountability, and further entrenches the problem it claims to counter.

The two #Covid19 vaccines approved by the National Regulator are SAFE.

The principal question mark over Covaxin is not that it is unsafe but that it is untrustworthy. This is a big difference. Bharat Biotech’s phase 2 trials, which check for safety and ability to draw an immune response, for this vaccine candidate included more participants than is typical (1,125 v. a few hundred). So there is a good chance that Bharat Biotech’s and the health ministry’s claim that the candidate is safe is backed by reliable evidence. However, Covaxin became untrustworthy because there are still no answers to the following three questions:

Also read: What Does Treating Covaxin and Covishield ‘Equally’ Entail?

For another, different participants are enrolled at different points of time, plus the vaccine’s safety and efficacy is evaluated at multiple checkpoints – 30 minutes after first dose, 1 hour after, 1 week after, 1 month after, etc., and so on for the second dose as well. To which time-point did Dr Guleria’s safety comment pertain? In addition, if his comment referred to the 30-minute checkpoint, this data is not useful for a vaccine candidate that has been approved with two doses to be administered 28 days apart.

The controversy train didn’t stop there. Next came the People’s Hospital fiasco in Bhopal – where trial participants, many of them poor, illiterate, living in a run-down part of the city, and many of them survivors of the 1984 gas tragedy, alleged they had been lured by the hospital with the promise of Rs 750 each and administered Covaxin. The catch: they weren’t told it was a trial, ergo they were denied the special rights accorded to trial participants, especially if something went awry. So by the looks of it, the People’s Hospital part of the trial will have to be stopped.

At the train’s next stop is another issue that came up in a small way earlier but assumes greater significance today with the letter in the picture. According to the letter, one of the arguments in favour of Covaxin’s approval is that it is “a whole virus inactivated vaccine which may have better protection even against mutant strains of the virus as the immune response will be against multiple antigens and not only against Spike protein” (sic).

Now, bear in mind that this is speculation. Covaxin hasn’t yet undergone clinical trials in which it has been confronted with COVID-19 infections caused by different viral strains. However, another vaccine candidate that uses the same vaccine technology and is currently undergoing phase 3 clinical trials worldwide seems to have variable efficacy.

Researchers have reported from various sites that CoronaVac, developed by Chinese company Sinovac, has an efficacy ranging from 50% to 91%. The 50% result comes from preliminary results of a trial underway in Brazil, and is barely above the threshold efficacy the WHO requires for vaccine candidates to be approved. Comparing vaccines is very difficult because their specifications are determined by so many external factors, including the trial size and design and the local participants’ demographic.

But with this caveat, the Brazil result renders the rationale for Covaxin’s approval suspect – that it could potentially fight against multiple viral strains. So again we ask – where is the efficacy data?

Finally, the train’s current stop: the DCGI used previously unheard of terms to justify Covaxin’s approval: “for restricted use in emergency situation in public interest as an abundant precaution, in clinical trial mode, to have more options for vaccinations, especially in case of infection by mutant strains”. Dr Guleria subsequently interpreted a part of this jumble to mean Covaxin would be used as a “back-up”.

(Although Krishna Ella disagreed with this conclusion on January 4, Ella also said he was yet to wrap his head around the terms of the approval.)

And just this morning, NITI Aayog member Vinod K. Paul confirmed the health ministry’s suggestion a few days ago that the two vaccine candidates would in fact be treated on equal footing. Why then did the DCGI approve them using drastically different language?

These are the reasons the vaccine candidate is untrustworthy. There are so many doubts, and those who owe the people answers have used evasive or deceptive tactics, or just remained tight-lipped. This is also why a bunch of scientists and doctors closing ranks and screaming “vested interests” only makes the problem worse. What will help requires the health ministry to understand the difference between good and bad science. Both these things are often wrapped up in mumbo-jumbo that no layperson could understand. But people are often able to tell the difference because of the ways in which the two things interact with society.

For example, the letter states: “reprehensible utterances are causing huge credibility crisis for the Indian scientific community who have devoted their lifetimes to make India a name to reckon with in export of vaccines”. Scientists can be very good at what they do, but good science demands that no matter how long they have been scientists for, no matter how “eminent” they are, their scientific output must continue to be independently verifiable. Turning 40 years old doesn’t suddenly give a scientist the right to claim something and expect everyone to believe them.

If anything, it is amusing that 49 people of science saw their polemical letter to be the best thing to do.