Many of China’s actions to date are overly aggressive and ineffective in quelling the emerging outbreak. 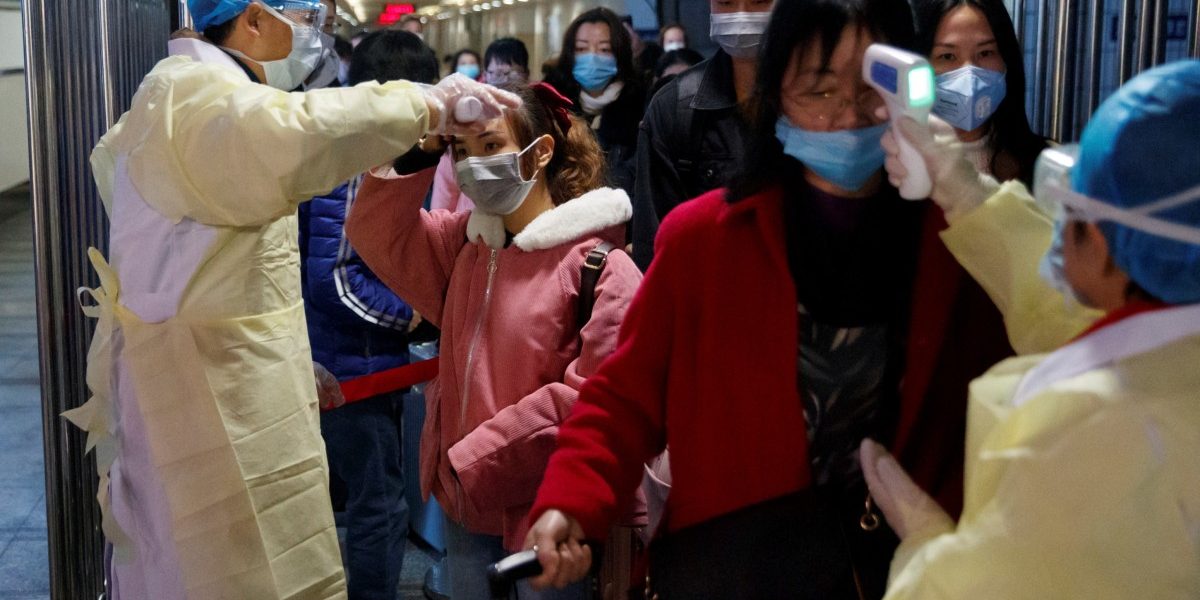 Medical workers take the temperature of passengers after they got off the train in Jiujiang, Jiangxi province, China, as the country is hit by an outbreak of a new coronavirus, January 29, 2020. Picture taken January 29, 2020. Photo: Reuters/Thomas Peter

Since its emergence from Wuhan, China, on New Year’s Eve 2019, novel coronavirus, 2019-nCoV, is spreading rapidly, escalating domestic and international concerns, and leading to calls for emergency declarations.

By now one might think that we are globally prepared for these type of threats given the successful control of prior coronaviruses like SARS and MERS since 2002. Yet, as Catharine I. Paules, Hilary D. Marsto, and Anthony S. Fauci note in the Journal of the American Medical Association, “[t]he emergence of yet another outbreak of human disease caused by a [coronavirus] … underscores the perpetual challenge of emerging infectious diseases and the importance of sustained preparedness.”

It is a contemporary challenge seemingly lost on the World Health Organisation (WHO), Chinese government authorities, and other national leaders. On Thursday, after considering all available evidence, WHO’s emergency committee voted against declaring a state of public health emergency of international concern, or PHEIC. Invoking the emergency is more than political posturing. PHEIC’s trigger implementation of the International Health Regulations modernised in 2007 specifically in response to lessons learned from SARS.

WHO’s committee reached this decision even though “it is expected that further international exportation of cases may appear in any country.” Subject to subsequent reconsideration, its conclusion seems ill-fated in the face of a rapidly spreading condition transmitted from human-to-human with no known cure, treatment, or vaccine, and a fatality rate that already approaches 4%.

Perhaps seeking to avoid another global debacle from its mishandling and blatant misrepresentation of the spread of SARS in 2002, Chinese authorities have significantly ramped up their responses. Many of their actions to date, however, are overly aggressive, inviolate of human rights, and ineffective in quelling the emerging outbreak.

Also Read: Why India Should Worry About the New Coronavirus

Chinese officials have created a “cordon sanitaire” around Wuhan and multiple other cities identified as hotbeds for 2019-nCoV incubation and spread. They basically have blocked 35+ million people from leaving their jurisdictional boundaries. With thousands of flights cancelled, outsiders are prevented from entry as well.

People stuck in Wuhan and elsewhere are further restricted in their movements about their communities. Those with signs of infection are inundating local hospitals where they are processed and screened. Hundreds of infected individuals have been forced into isolation. More than a dozen health care workers have become infected in attempting to treat index cases.

Worse still, Chinese media and other sources are downplaying the public health threat. Recent Chinese broadcasts have avoided portraying 2019-nCoV as an extant risk to populations. Social media platforms are helping to expose government-sanctioned disinformation but also distributing falsified rumours about the virus and fears of retaliatory efforts for failing to report symptoms. Some Chinese officials have taken a harsh approach to assure public health compliance. A temporary social media post by a Communist Party committee stated that anyone deliberately hiding disease infection in China will be “forever nailed to history’s pillar of shame.”

Other countries are imposing travel restrictions against Chinese citizens. North Korea has already closed its borders to foreign tourists despite lucrative resources they bring to its struggling economy. With history as a guide, some countries will soon consider restricting flights into and out of China despite WHO guidance. 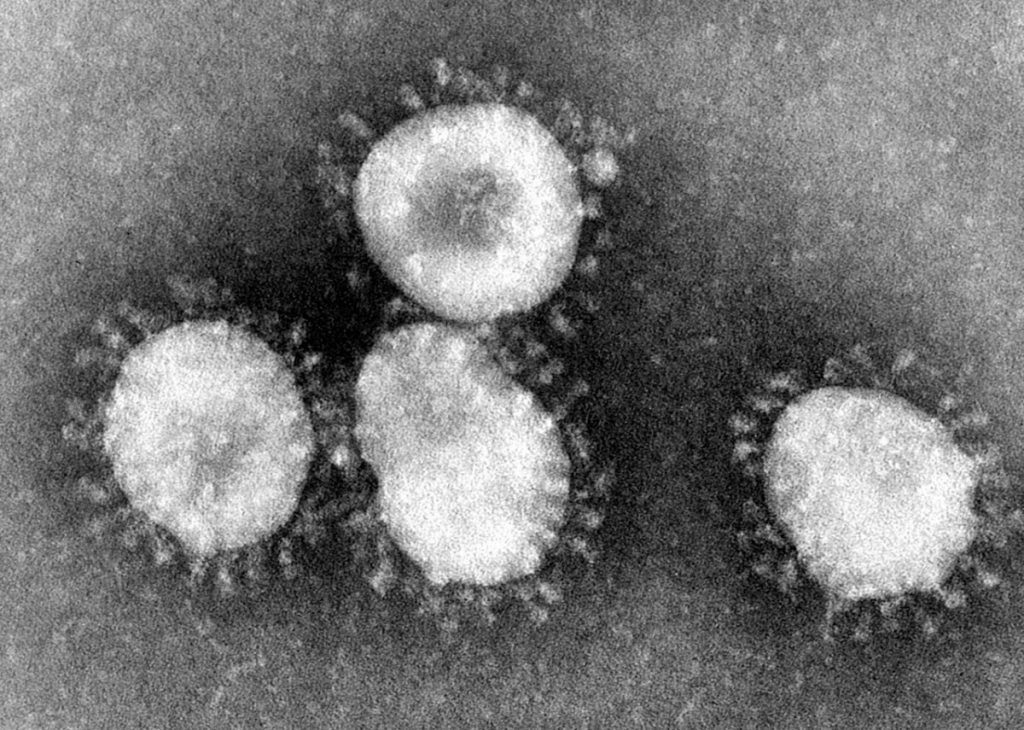 An image of a coronavirus virions under an electron microscope. Photo: CDC

Emerging infectious diseases like 2019-nCoV understandably contribute to public apprehension, which is then exacerbated by these sorts of overly aggressive governmental responses. Ideally, public health measures should be predicated on specific epidemiologic findings and proven interventions tied directly to actual risks supported by solid epi data. Admittedly, it is tough to deploy public health measures when available data are sketchy or untrusted.

What does work are lawful, ethical, and human rights-based interventions that entail public health powers that are tailored to specific risks and encourage people to voluntarily comply where possible to accomplish legitimate, communal objectives.

Take, for example, public health interventions to assure safe air travel. Global flights unquestionably present risks of spreading diseases. Multiple countries, including the US, already have documented 2019-nCoV cases arriving within their borders through air travel. More cases will assuredly surface. Yet shutting down air travel is not an option economically nor is it beneficial from a public health perspective. Most passengers and crew members present no risks of infection of 2019-nCoV.

Rather than restricting or prohibiting flights from China as some countries (including China) have done in prior outbreaks, US public health authorities are wisely implementing noninvasive screening efforts for select flights to assess health risks among passengers or crew members.

It is rare that more invasive measures like quarantine and isolation are needed following airport screening. Very few passengers are actually found to be infectious through these screening measures. When WHO declared a PHEIC on Aug. 8, 2014, concerning Ebola in West Africa, countries with active transmissions conducted exit screening at international airports. In Sierra Leone’s Freetown International Airport, 166,242 passengers underwent Ebola exit screening between September 2014 and February 2016. Ten passengers were identified as potentially symptomatic; five were denied travel because they were infected with malaria and typhoid (two cases), but not Ebola. Entry screening techniques employed at several US airports during the same outbreak rendered no confirmed cases over a 30-day span in 2014.

While the efficacy of noninvasive, limited airport screenings for infectious diseases like Ebola and 2019-nCoV may be questioned, its legality and utility are not. WHO and the CDC view such screening as an essential component of global response efforts to raise global awareness, derail prospective ill-travellers, track and monitor potential cases, and instill confidence among all passengers in the continued safety of air travel.

So what’s a key takeaway from emerging approaches? Real-time responses are needed, but not if they infringe human rights without justification. As with prior outbreaks, the best approach to protect populations is matching accurate data with good science and respect for individual rights.