Authorities say it has become "impossible" to keep track of rising cases and deaths after the government lifted years of lockdown restrictions, and relaxed quarantine norms and mass testing, following protests in the country. 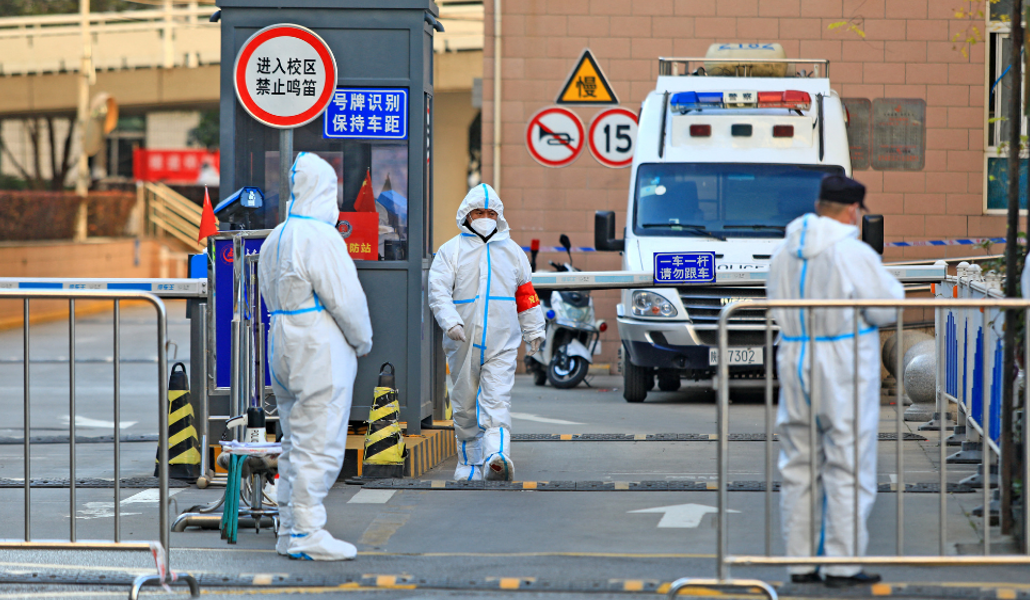 New Delhi: With the surge in COVID-19 cases, crematoria across China are strained beyond capacity in handling a steady stream of dead bodies. Crematorium workers are working overtime as cold storages are running short of space to deal with the influx of bodies, news agency AFP reported.

Authorities say it has become “impossible” to keep track of rising cases and deaths after the government lifted years of lockdown restrictions, and relaxed quarantine norms and mass testing, following protests in the country.

The issue of strained crematoria is reported from across the country from the northeast to southwest regions. A crematorium worker from Chongqing told AFP that they had run out of space to keep bodies. Authorities in Chongqing told its 30 million people to go to work even if they experience mild COVID symptoms.

“The number of bodies picked up in recent days is many times more than previously. We are very busy, there is no more cold storage space for bodies. We are not sure (if it’s related to Covid), you need to ask the leaders in charge,” a staffer from a crematorium in Chongqing told AFP.

Similar situation is being reported from country’s southern megapolis of Guangzhou. An crematorium employee told the news agency that they have been cremating more than 30 bodies a day – a much higher figure than usual. The situation is such that they are being assigned bodies from other districts in order to manage the ongoing crisis, the employee added.

“It’s three or four times busier than in previous years, we are cremating over 40 bodies per day when before it was only a dozen or so,” AFP quoted a worker from another crematorium in the city as saying.

Crematorium workers say “the whole of Guangzhou is like this”, adding that it is “hard to say” whether or not the influx of dead bodies is due to COVID-19.

In the country’s northeastern city of Shenyang, bodies are left unburied and unattended upto five days, as crematoria are “absolutely packed”, according to those involved in the funeral service business.

“What do you think? I’ve never known a year like this one,” responded an employee at an outlet that organises funeal services to a question from AFP. Although authorities reported as low as five deaths on Tuesday, December 20, in the capital city of Beijing, the situation outside crematoria is starkly different.

Outside Dongjiao Crematorium located on the outskirts of Beijing, there were more than a dozen vehicles carrying dead bodies waiting to enter the crematorium on Tuesday. Drivers of hearses told the news agency that they had been waiting “for several hours” waiting for their turn to enter the premises.

It is not yet clear whether rising COVID cases and related deaths is resulting in the unprecedented rush at the crematoria.

With the doing away of mandatory testing, authorities say it is “impossible” to track how many have fallen sick, and how many are losing lives.

The abrupt change of policy has caught the country’s fragile health system unprepared, with hospitals scrambling for beds and blood, pharmacies for drugs, and authorities racing to build special clinics. Experts now predict China could face more than a million COVID deaths next year.

China uses a narrow definition of COVID deaths, reporting no new fatalities for Tuesday and even crossing one off its overall tally since the pandemic began, now amounting to 5,241 – a fraction of what much less populous countries faced.

Health officials in Beijing told on Tuesday, December 20, that only those who die of respiratory illnesses caused by the virus would be considered among COVID deaths.

“At present after being infected with the Omicron variant, the main cause of death remains underlying diseases,” Wang Guiqiang of Peking University First Hospital told in a press conference of the National Health Commission (NHC).

Guiqiang also added that old people have other underlying conditions and only a “very small number die directly of respiratory failure caused by infection with Covid”.

Responding to the emerging situation in China, the United States on Monday, December 19, said outbreak in China is “now a matter of international concern”.

“We know that any time the virus is spreading, that it is in the wild, that it has the potential to mutate and to pose a threat to people everywhere,” AFP quoted US state department spokesman Ned Price as saying.

Price also said the COVID surge would have a deleterious effect on the global economy given the size of China’s GDP and economy.